This Saturday, May 6, 2017, the annual North Carolina Fallen Firefighters Memorial Service will be conducted at Nash Square in downtown Raleigh. The event starts at 1:00 p.m. and will be preceded with a parade at 10:00 a.m., featuring honor guards, pipes and drums, and fire apparatus from across the state, from departments with one or more fallen members in their past. See event information.

Also this weekend, motorcyclists from across the state will participate in the annual Red Helmet Ride to support the families of the fallen members and the North Carolina Fallen Firefighters Foundation. They’ll ride on May 5 and May 6. View the flyer.

Eleven firefighters will be added to the memorial wall this year. Ten passed away in 2016, and one is a legacy addition from 1967.

The memorial was dedicated in 2006, and contains the names of some 290 firefighters and fire service members who’ve died in the line of duty since 1902.

And if this posting seems familiar, it is. Have reused the text and formatting from last year’s posting. 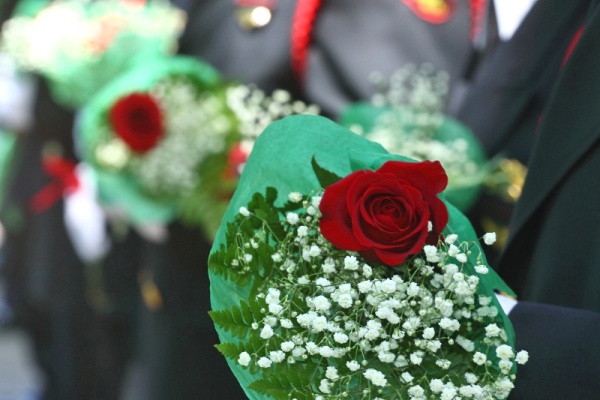 And about the legacy addition: