Found these last week. Newspaper article about an early iteration of the Wilmington Fire Department in 1842. Might be the original or first “formal” version of WFD. Plus an editorial from the year before, with detailed suggestions for same. Plus an account of the great 1840 fire, that they reference.

From newspapers.com via free access from the State Library of North Carolina. This is a blog version of a posting from Legeros Fire Line on Facebook, one of several recent postings poking into the earliest histories of the state’s oldest fire departments. Click to enlarge: 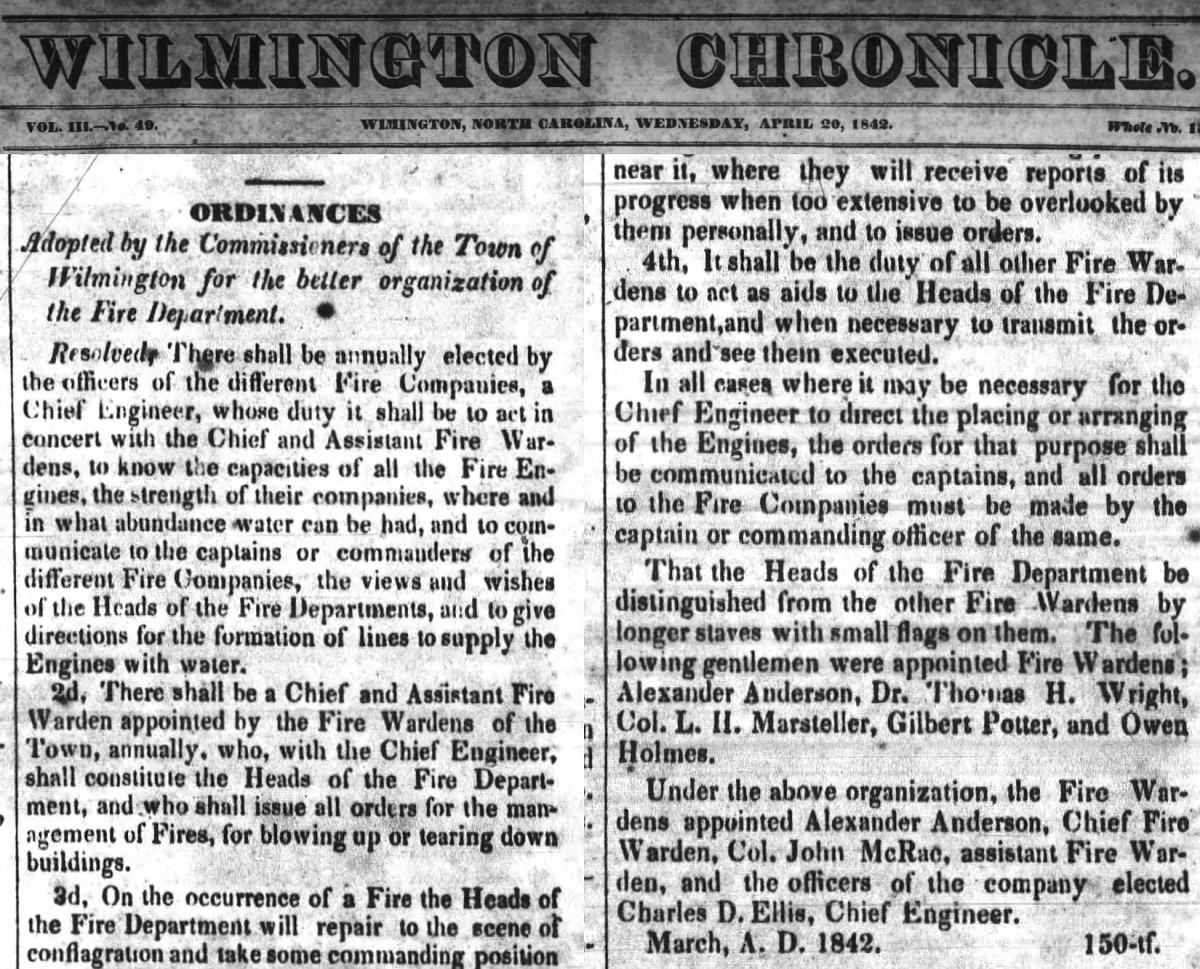 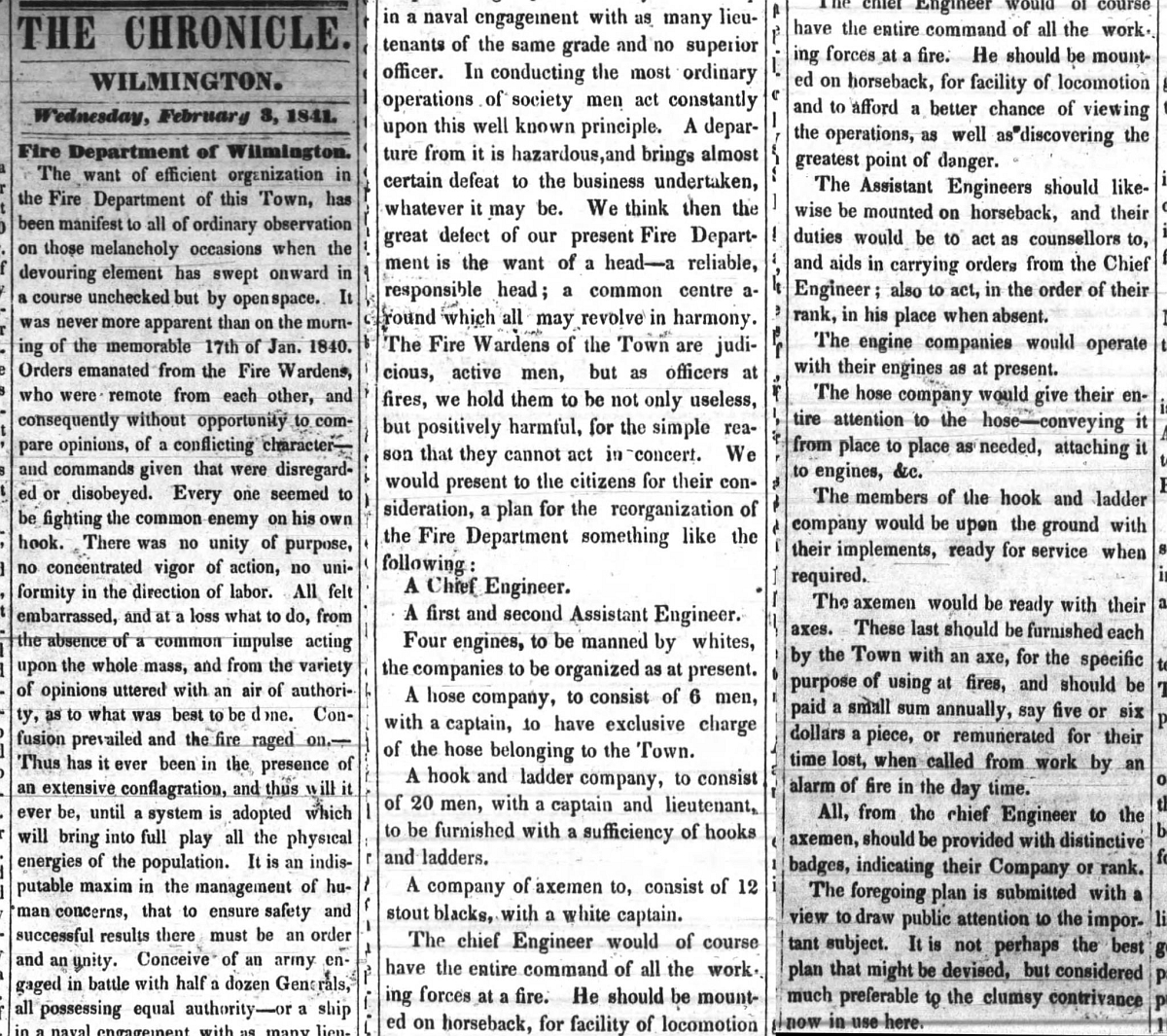 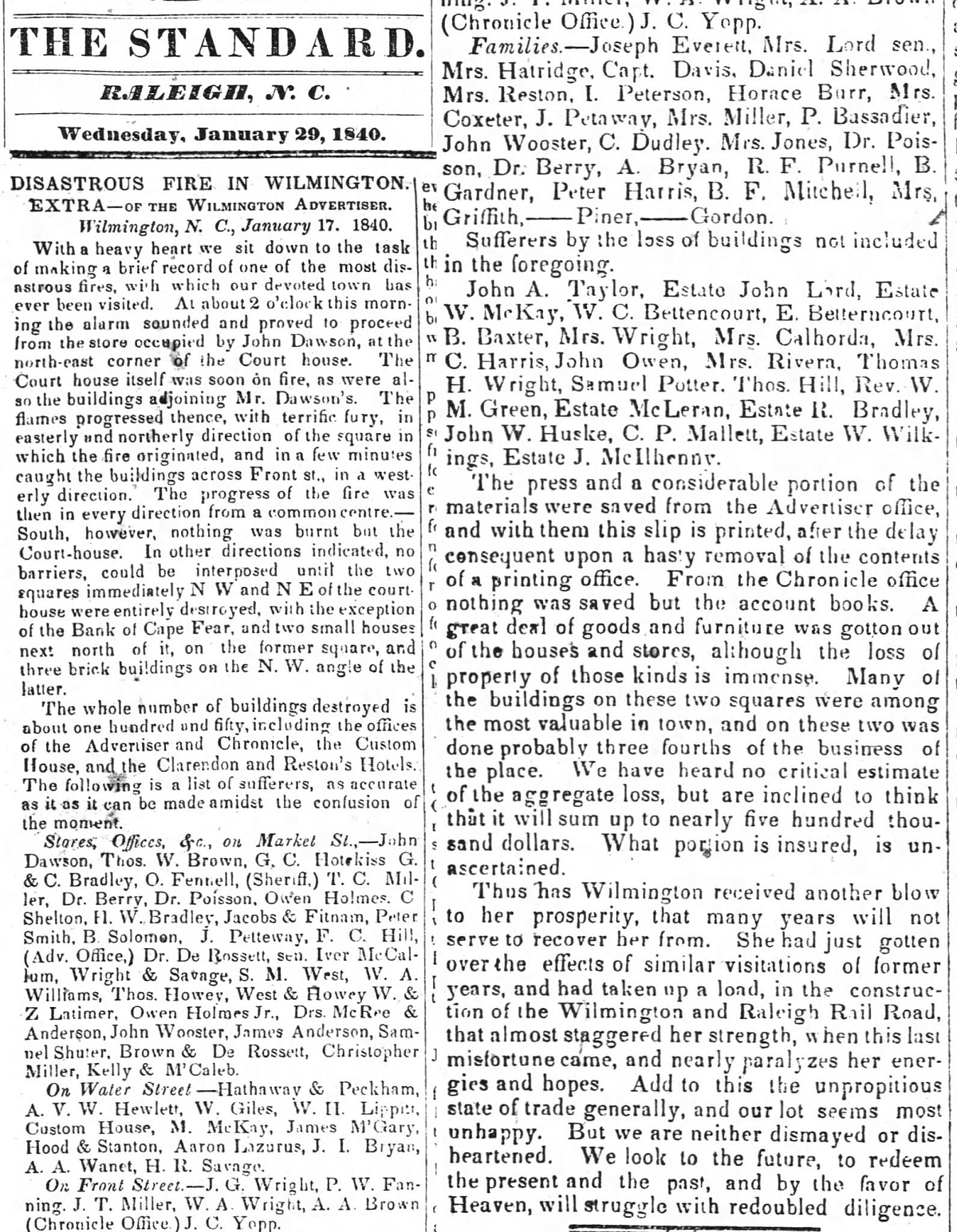