On August 27, 1891, three Asheville firemen were killed and three others were injured when the passenger train they were riding plunged from a trestle in Iredell County. They were returning from the state firemen’s convention Durham. The train had just passed Statesville and plunged from the iron trestle over Third Creek at about 2:00 a.m.

The steam locomotive and tender, the baggage and second class coach car, the first class coach car, a Pullman sleeping car, and a private car dropped 65 to 75 feet. Twenty people were killed immediately, nine were seriously injured, and some 20 suffered minor injuries. The final death total was 22.

As shown in the below photos, the wooden railroad cars practically disintegrated upon impact. The accident was caused by what  newspapers called “spread of rails.” The bridge wasn’t damaged in the accident, however.

Noted the Statesville Record & Landmark in a retrospective story by Ben Gibson in 2021, “most of the reporting from the incident came from The Landmark editor J.P. Caldwell, who reported from the scene and had a messenger take the information back to be published in the paper later that day.”

Six members of the Asheville Fire Department were aboard Passenger Train No. 9. They were returning early from the event early, as rain had ruined the accompanying state firemen’s tournament.

Firefighters Perry Barnett, Samuel Gorman, and W. E. Winslow were killed, while Firefighters Will Bradford, John Gaze, Marshall Nix were slightly wounded. The bodies of the deceased firefighters were embalmed the next day by morticians from Charlotte and Durham, and were returned to Asheville on a 1:52 a.m. train on August 29, 1891.

The Ghost Train Legend and a Fatal Accident 111 Years Later

On the first anniversary of the accident, said slightly varying accounts, the ghost of a uniformed railway employee with a gold watch was seen at the site. Over time, a legend grew that on that day of the year, the screening of wheels and screams of passengers could still be heard, along with the ghost of Baggage Master Hugh K. Linster, whose body was found with a broken neck in the wreckage.

On August 27, 2010, at about 2:45 a.m., on the 119th anniversary of the accident, about a dozen amateur “ghost hunters” were trespassing on the bridge, when three Norfolk-Southern locomotives [pulling no cars] approached. It had rounded a bend in the tracks and surprised the group.

The people on the bridge were about 150 feet from safety, in “extremely steep, rugged terrain” said a sheriff’s office official in news reports. One person was struck and killed, a 29-year-old male from Charlotte. Two others were injured and airlifted to a local hospital.

Reported the Winston-Salem Journal on August 30, the young man told his girlfriend “I love you” before pushing her to safety just as the train struck him. She feel 30 to 40 feet into the ravine, and was airlifted to Carolinas Medical Center in Charlotte. 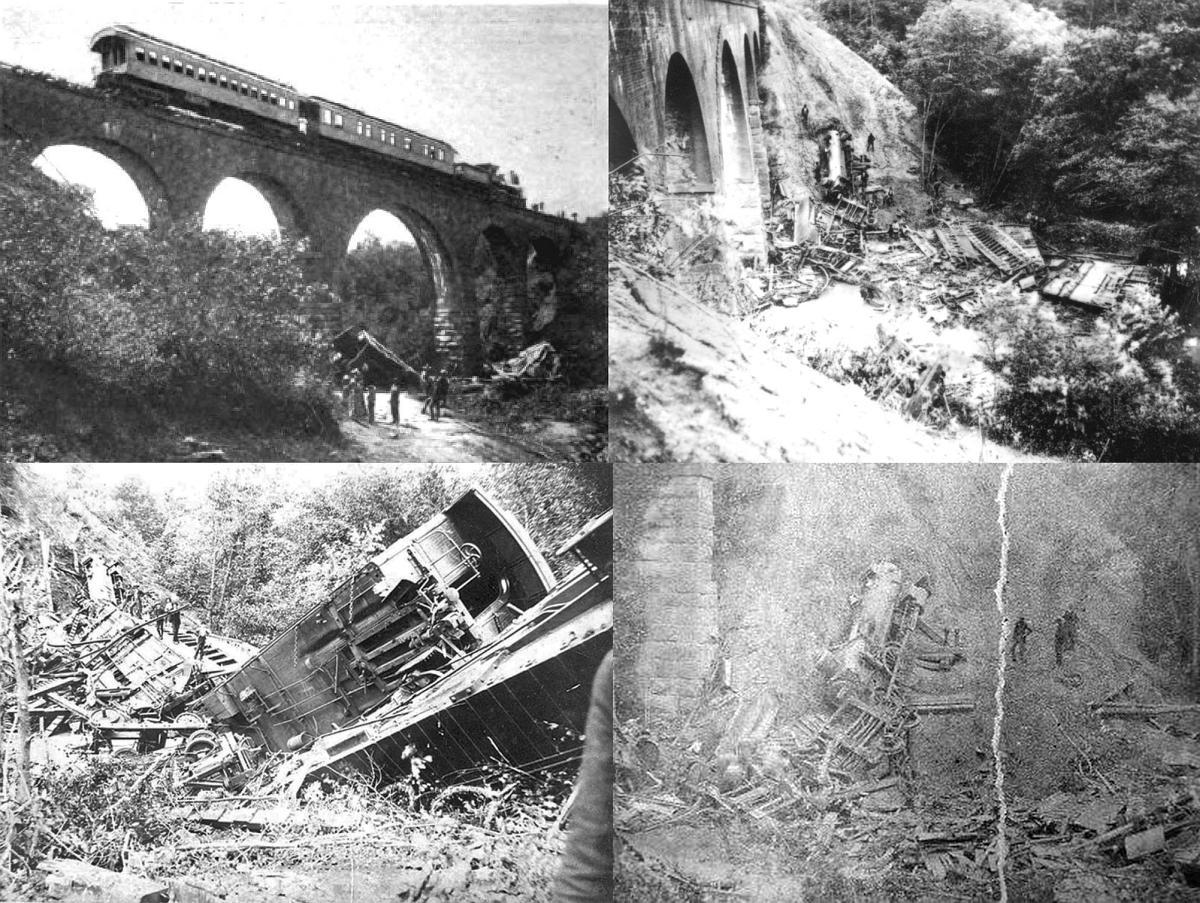