Research notes on the history of the Oak View Fire Department in Guilford County, which protected the Oakview community just outside the old city limits of High Point. They were chartered in 1952, started operating in 1955/56, and merged with the city on January 1, 1960. 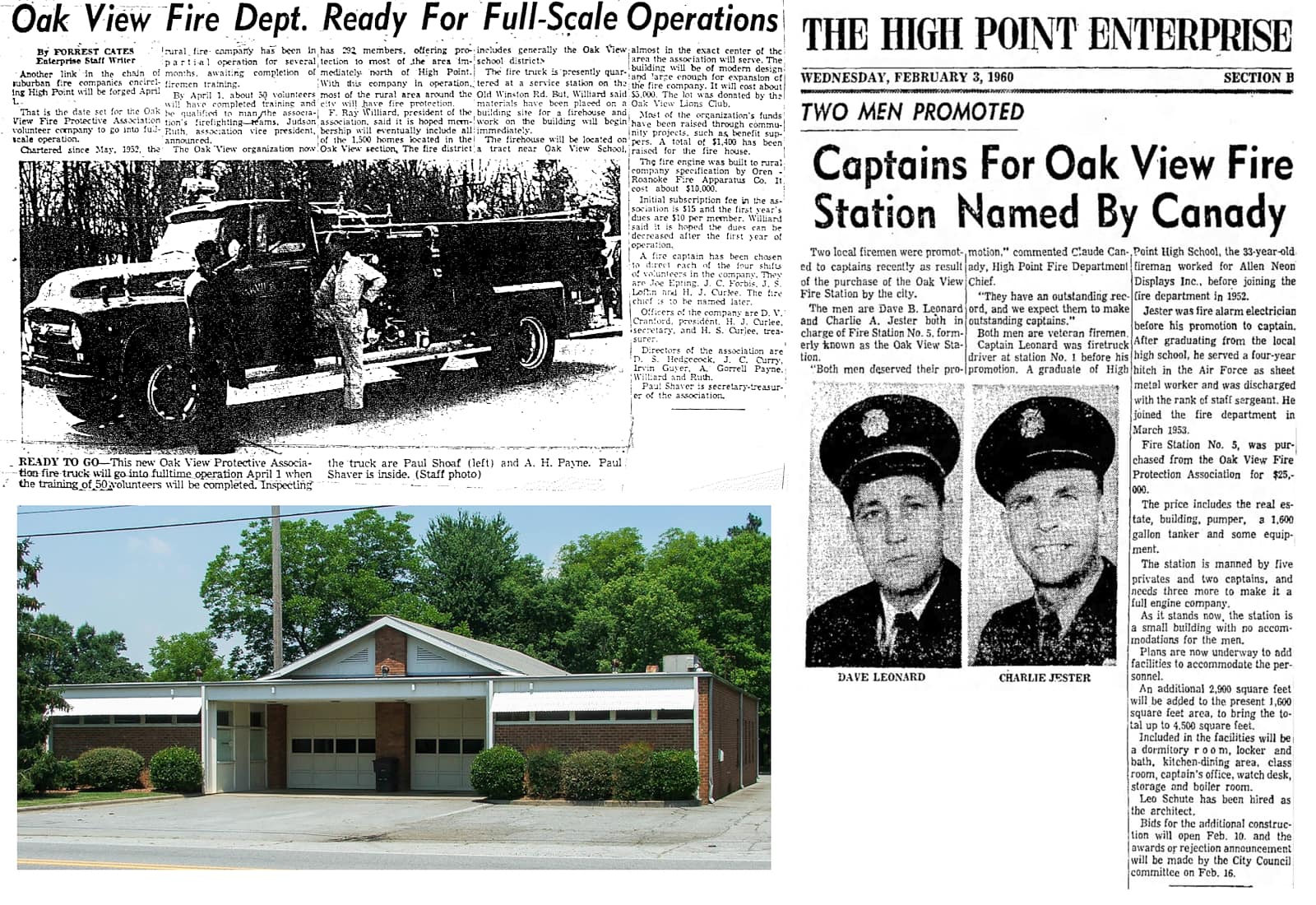 See some of these articles in this Google Drive folder.

This photo from 1965 appeared in a collection of historical articles and photos compiled by High Point Fire Department Ken Norman circa 2005, via High Point Museum. 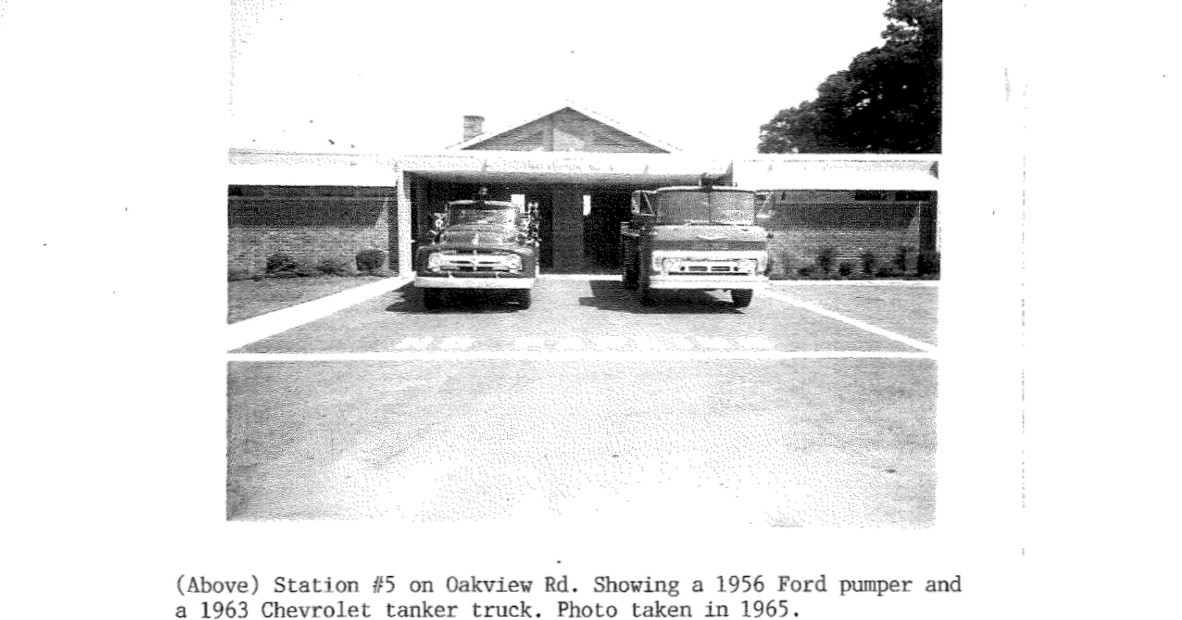