Found the correct date for the creation of the state colored firemen’s association, formally known as the North Carolina Volunteer Firemen’s Association.[1]

This discovery aligns with a closer examination of other news stories of the period. There’s no prior mention of a formal organization or organization name prior to 1890. But after that time, the Association is mentioned.

Legeros has started updating and annotating his various web pages. As well as his pages of notes about his book projects, if the “1888 or 1889” date was committed to print in his Arcadia books or Raleigh FD history books.

[1] Or even more accurately, they were incorporated in 1891 as the State Volunteer Fire Association of North Carolina. Read incorporation act at https://legeros.com/history/fa/documents. 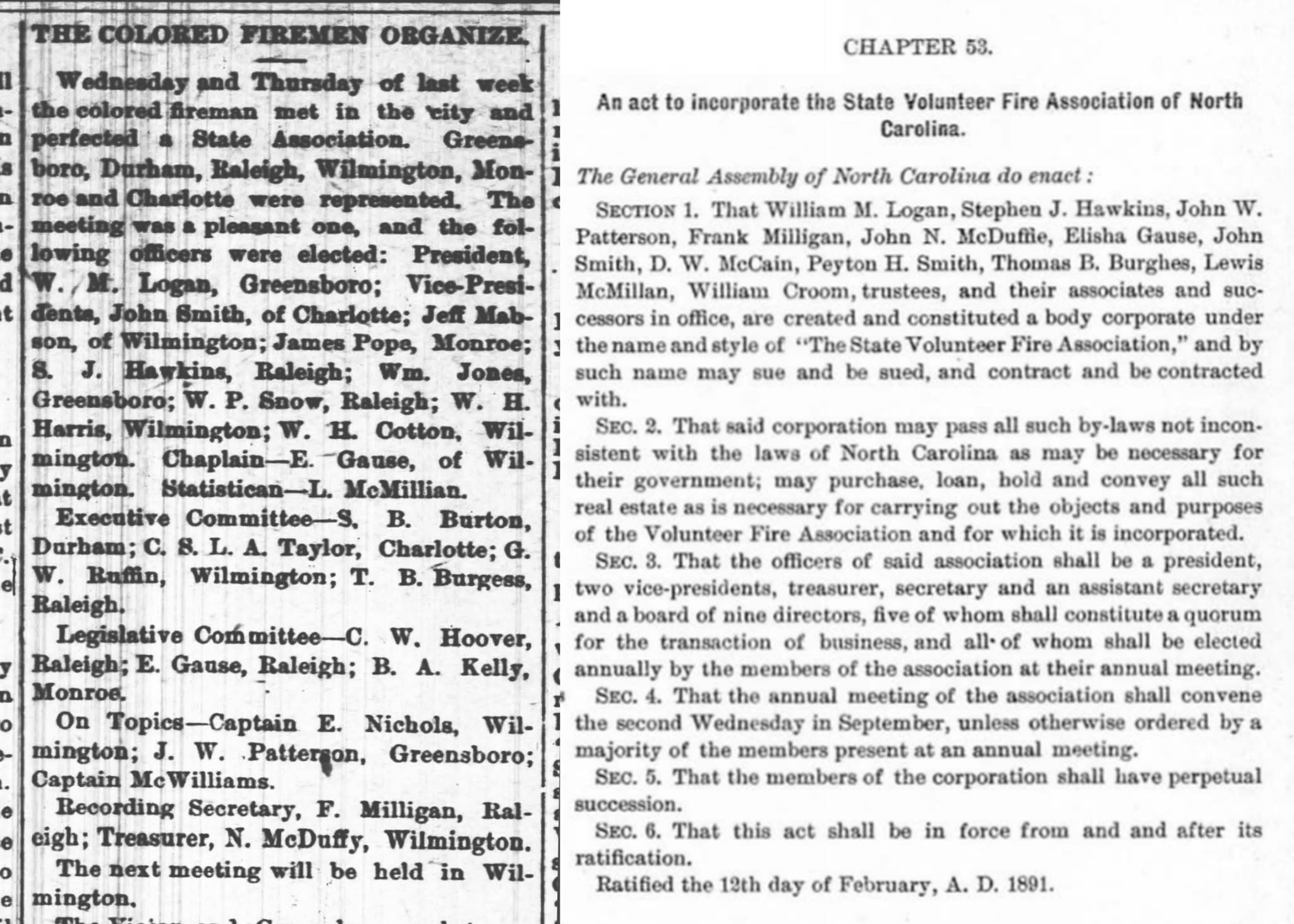