This is an ongoing blog posting about the project to relocate Raleigh Fire Station 3.

On March 4, the city issued a call for artists, to design artwork for the facade or grounds of new Station 3. The project budget is $126,000, with qualifications submitted no later than April 15, 2022. More information.

Here’s the official project site and includes such details as:

Included in the Consent Agenda for the May 18, 2021, meeting of City Council was authorization of a contract with Huffman Architects, PA, for the design of a new Fire Station 3 at  1000 Rock Quarry Road, for an amount not exceeding $799,988. They were selected from eight firms that responded to a request for qualifications that was issued on November 19, 2020, and were received on December 8.

The project is for design and construction of a new station, necessitated by the age of the 1951 facility on South East Street, along with inadequate dormitory and parking space. The current station also causes an overlap of service areas that doesn’t allow for maximum response coverage, and reduces the city’s ability to meet the NFPA 1710 deployment standard.

The new facility will be approximately 12,000 square feet, with two apparatus bays to house Engine 3 and a reserve engine or ladder, as needed.

Included in the Consent Agenda for the November 8, 2017, meeting of City Council is authorization to purchase a portion of a parcel addressed as 1034 Bragg Street as a site for replacing Fire station 3.

The property to be purchased is currently owned by the state Department of Corrections. The city is seeking about 1.74 acres for the future fire station. The parcel is appraised at $300,000.

Funding for design and construction will be sought in FY19, along with funding for Station 13 (formerly planned as Station 30) on Ronald Drive off Wake Forest Road. 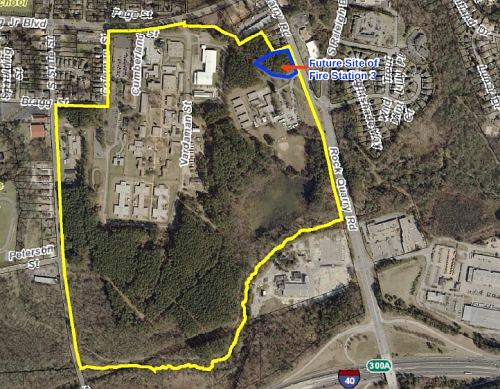 The site is located 1.7 road miles southeast of current Station 3. The change will redistribute their first-due district, and which will aid in coverage to the south and east, as Station 12 is being relocated about a mile east as well. Click to enlarge: 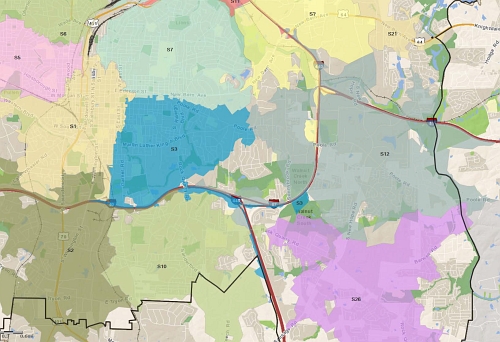 The current (or legacy) Station 3 is located at 13 S. East Street. It was built in 1951 and is the oldest active engine house in the city. The 3,564 square-foot building occupies a 0.3 acre site.

It’s planned for replacement at a new location due to the tiny lot size. The new fire station is planned in the 15,000 square-foot range. 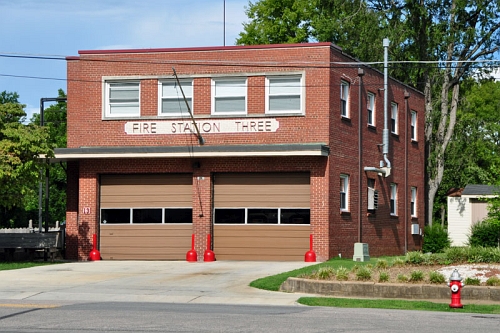