Interior attack, with two lines taken into the second-floor of a rear unit. One of the lines started leaking, due to fire damage, and that crew was backed out to the breezeway. Subsequent partial collapse of the roof, over the fire unit. Also at least one exterior line deployed, to protect exposures.

Ladder 15 positioned and raised in the front of building, but used just for lighting. Ladder 4 deployed in the back of building, in a parking lot from Ridgefield Drive, and flowed water. Supplied by Engine 4, from a hydrant at Ridgefield and Spring Forest Road [?].

Medical monitoring and rehab by Wake County EMS, in the parking lot on the northeast side of the structure. Decon of firefighter PPE at Engine 15. 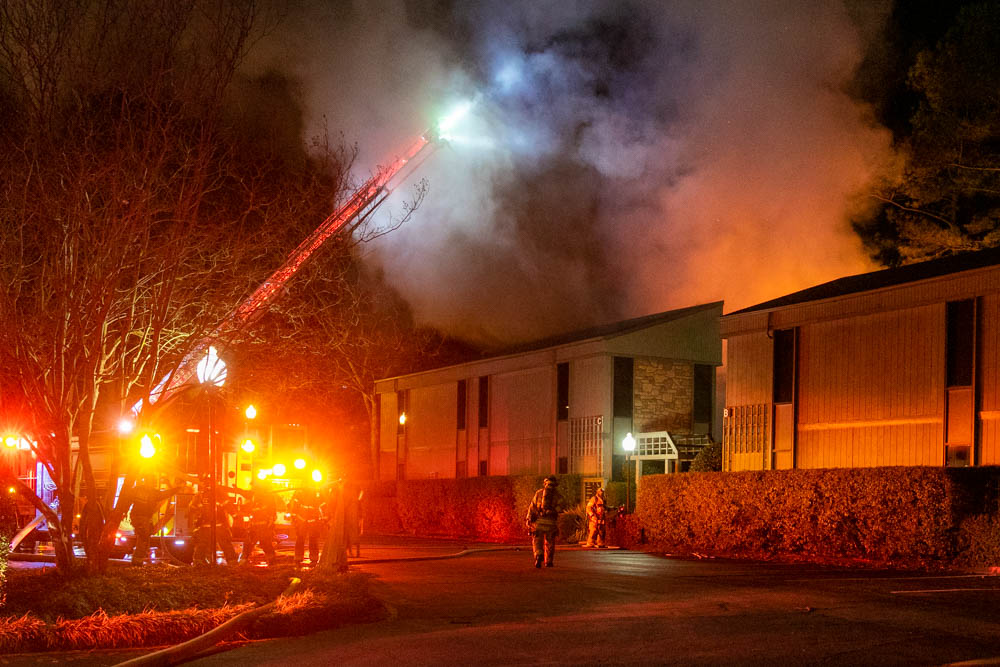 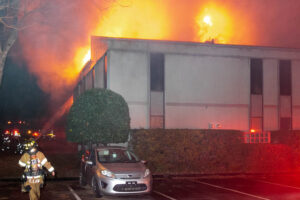 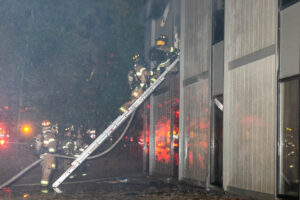 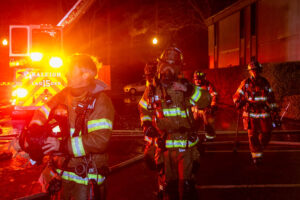 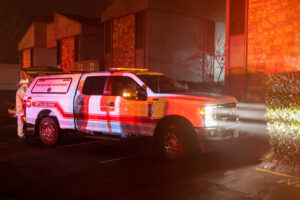 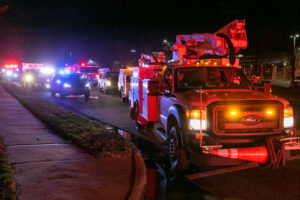