Three aerials into the air, with Ladder 7 with soon operating, with interior crews withdrawn, and the bulk of the fire knocked down. Then crews re-entered apartments from the opposite end of the building. Ground monitor and hand lines used for exposure protection. 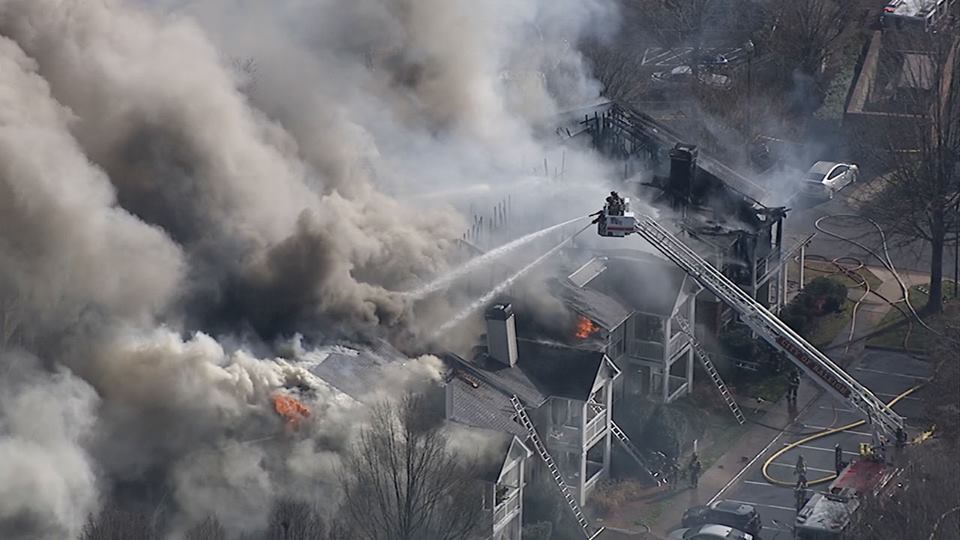 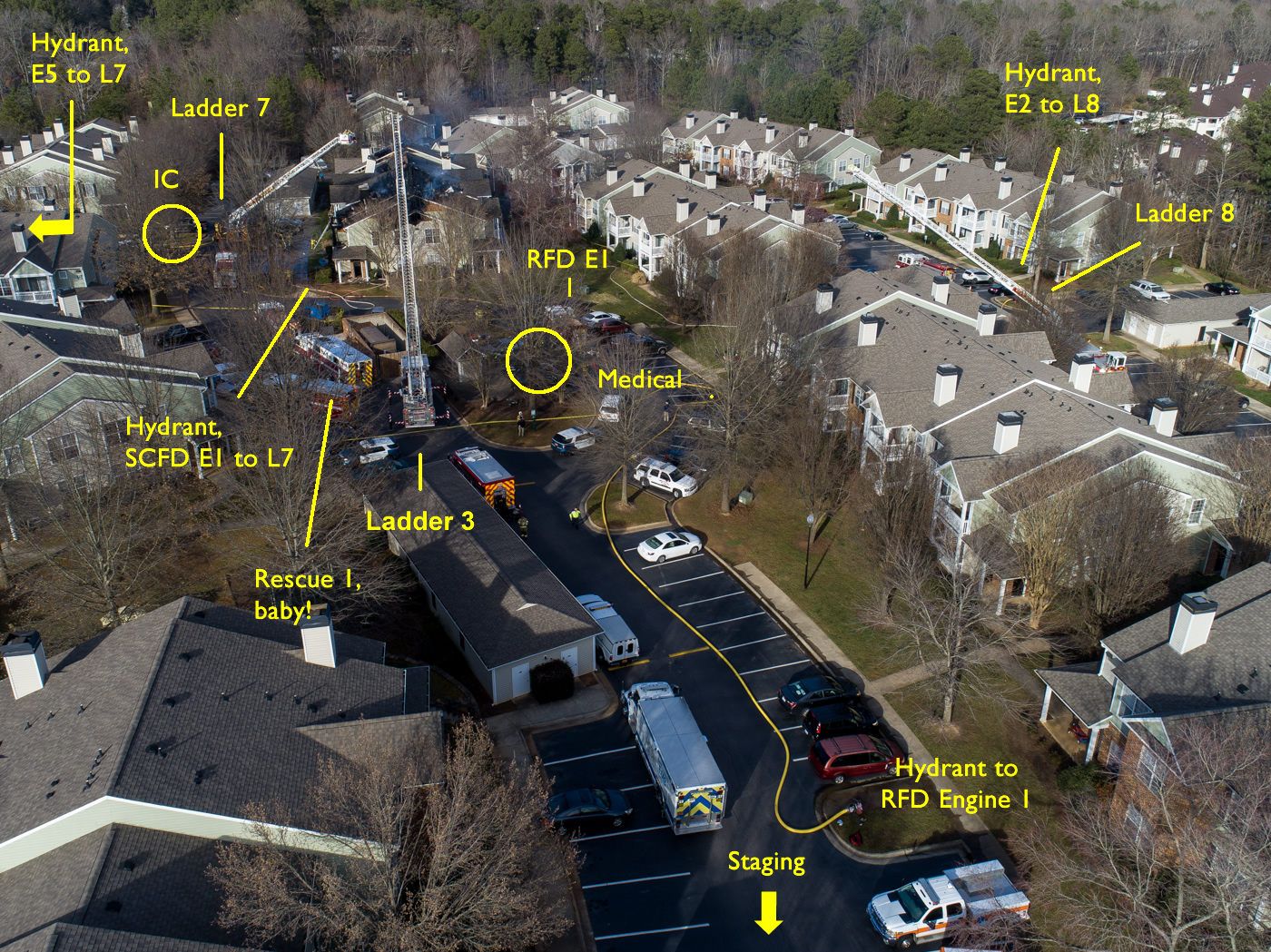 Historical note. Though a different building burned, these apartments were scene of an earlier major fire on December 28, 2011. Two alarms, midday. And strong winds also contributing to fire spread. See Legeros photos from 2011. 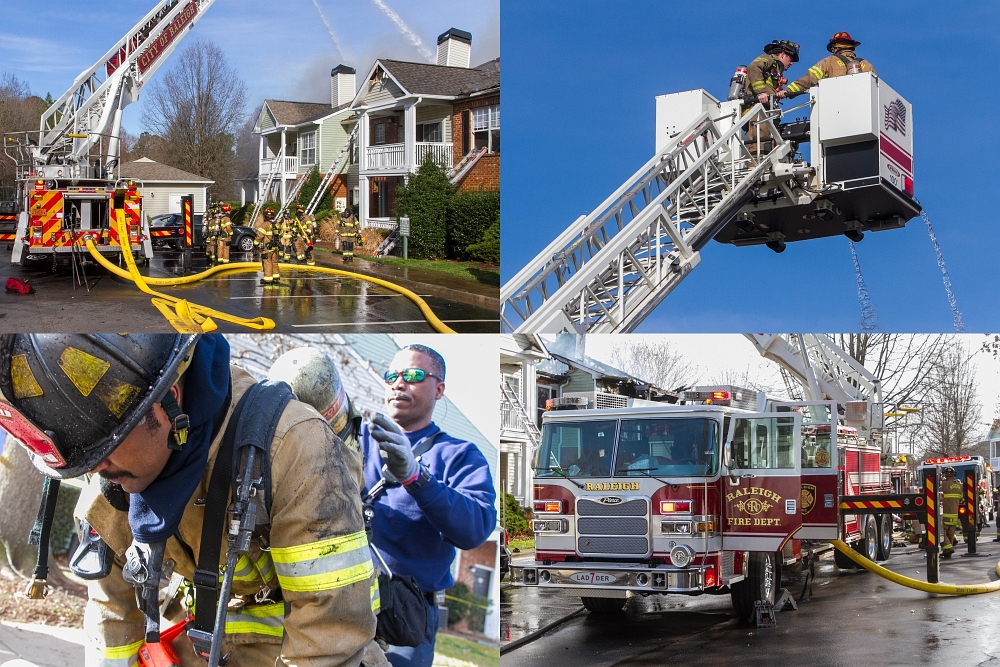 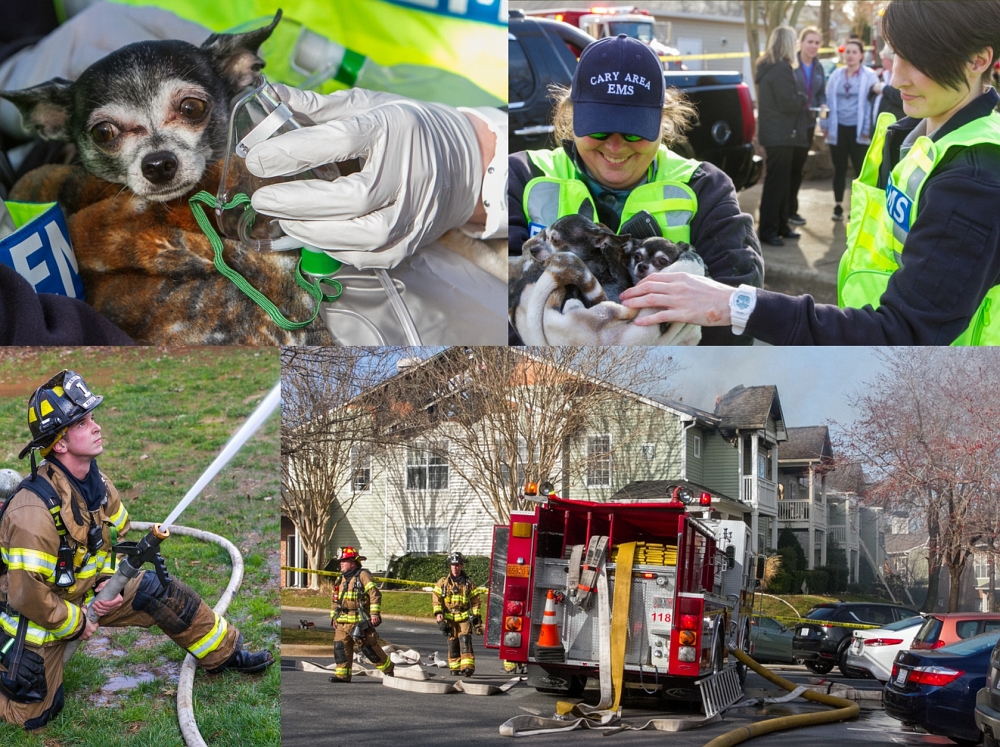