Found for sale on eBay is this postcard view of Henderson Engine 5, a 1970s (?) Ford/Howe pumper-tanker. The back reads “North Carolina Fire Apparatus post cards, from the collection of Tony D. Kelly. Collection consists of approximately 200 cards such as this one for trade.” And with his address of “Kinston, NC, 28501.”

The late Tony Kelly was a Kinston firefighter and later Fire Chief (need dates), and a prolific fire apparatus photographer who traded pictures far and wide. Here’s a blog archives posting with a forestry plane picture of his, for example, from the mid 1970s.

Hopefully readers can share information on both (a.) Kelly and his background and (b.) this rig and it’s history. Click to enlarge: 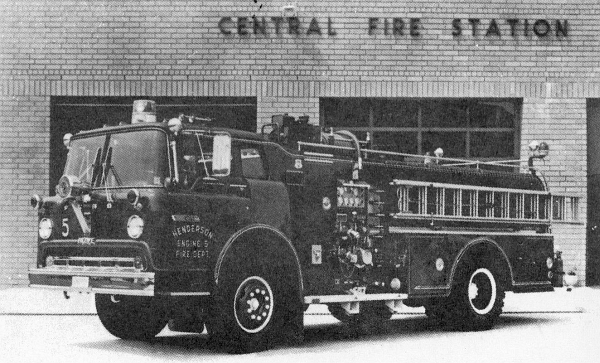