For years, many have heard that the Boone Fire Department in Western North Carolina once had a tiller. And it was parked in the rear of Station 1, in an downstairs bay accessed by an alley.

It was purchased for $3,500, and to help the fire department serve the eleven high-rise dormitories on campus. Noted the story, Boone was now only the seventh city in the state with a tiller truck.

Here’s a watermarked stock photo of the truck, along with the newspaper story. Click to enlarge: 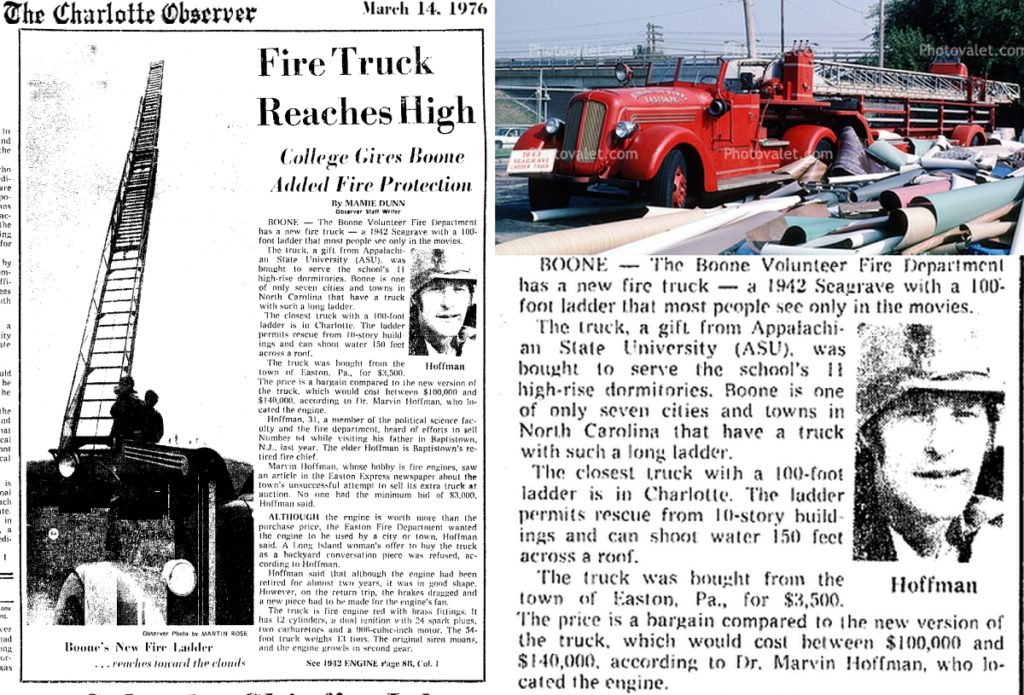