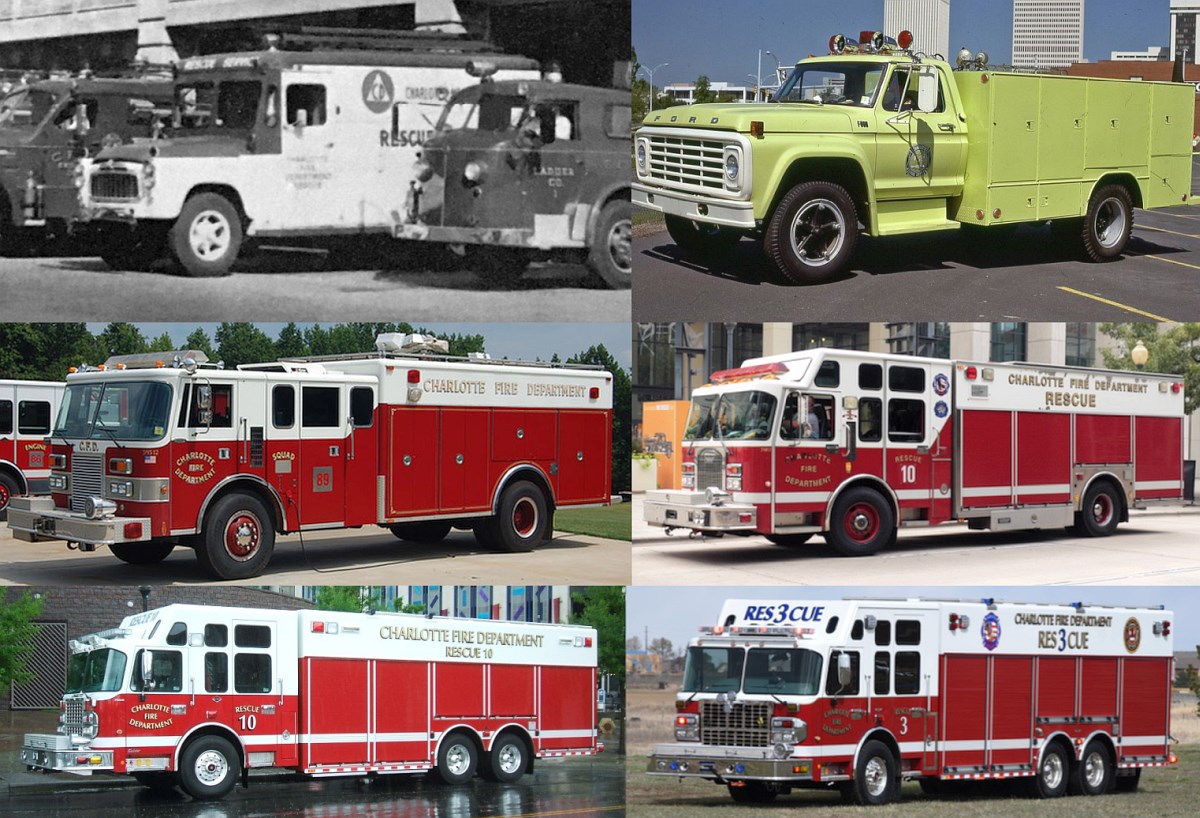 Research notes on the history Charlotte FD rescue services (and squad companies), based on a Facebook posting from December 2020.