Ladder 2 was first-arriving with fire showing in the rear of a two-story apartment building, garden-style, apartment building with eleven units and 11,770. Built 1968. Fire was extending from a burning pick-up truck to the outside of the building, and in the area of a gas meter.

Initial fire companies worked on searching the impacted units, and evacuating the entire resident. Due to limited access and a long supply lines from hydrants, Engine 9 supplied lines for the initial fire attack, with Engine 11 nurse feeding, until the water supply was established.

Engine 9, Engine 11, and Ladder 2 remained on scene, due to a natural gas leak that continued to burn, after the building fire was extinguished. 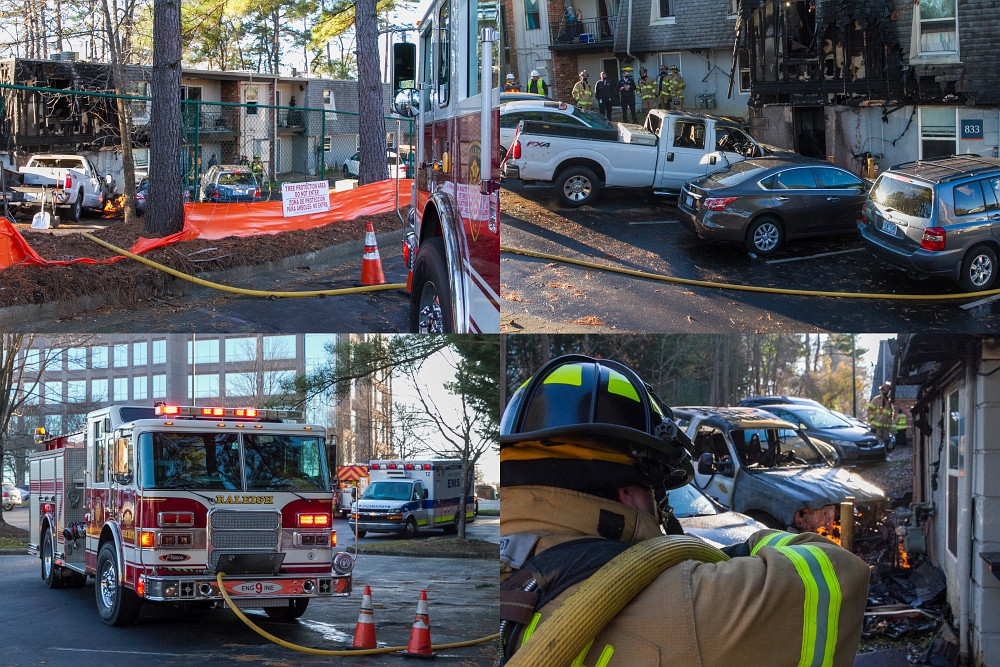