Found this while doing other research last week. We first discussed on the Facebook side. Memo to self: add to fallen firefighters database.

Chief Bennett became ill on November 6, while supervising a fire at the Durham Mattress Company on East Trinity Avenue.

He returned home and was reported the next day as “resting well”. A little later he was taken to the hospital, where he remained “critically ill” until the time of his death.

Chief Bennett had served the Durham fire department since 1909 and had been chief of the department about 25 years.

He was active in the state and national firefighter associations, and was known nationally as the ‘Singing Fire Chief from North Carolina.’

Chief Bennett was elected Vice President of the North Carolina State Firemen’s Association at the 1923 conference in Durham. He was elected President at the High Point conference in 1924, and for a second term in at the Charlotte meeting in 1944. He served until his death.

He was made president of the Southeastern Association of Fire Chiefs in 1938.

Funeral services were held at Watts Street Baptist Church on November 28, 1946. He was buried at Maplewood Cemetery. 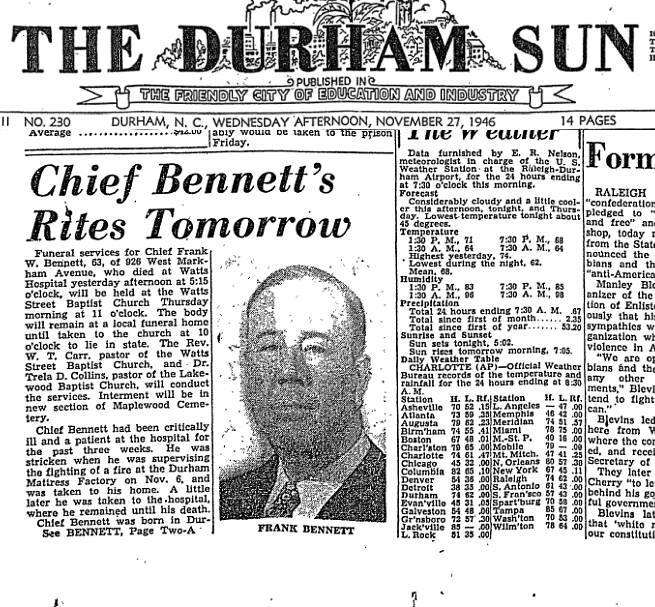 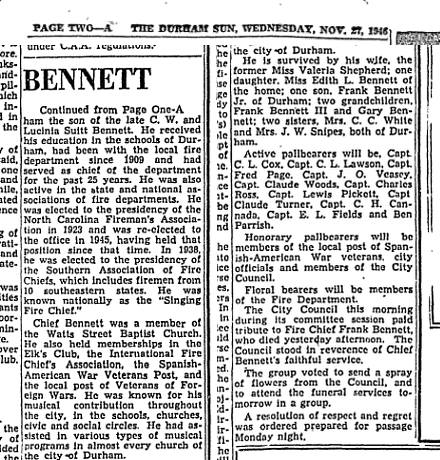 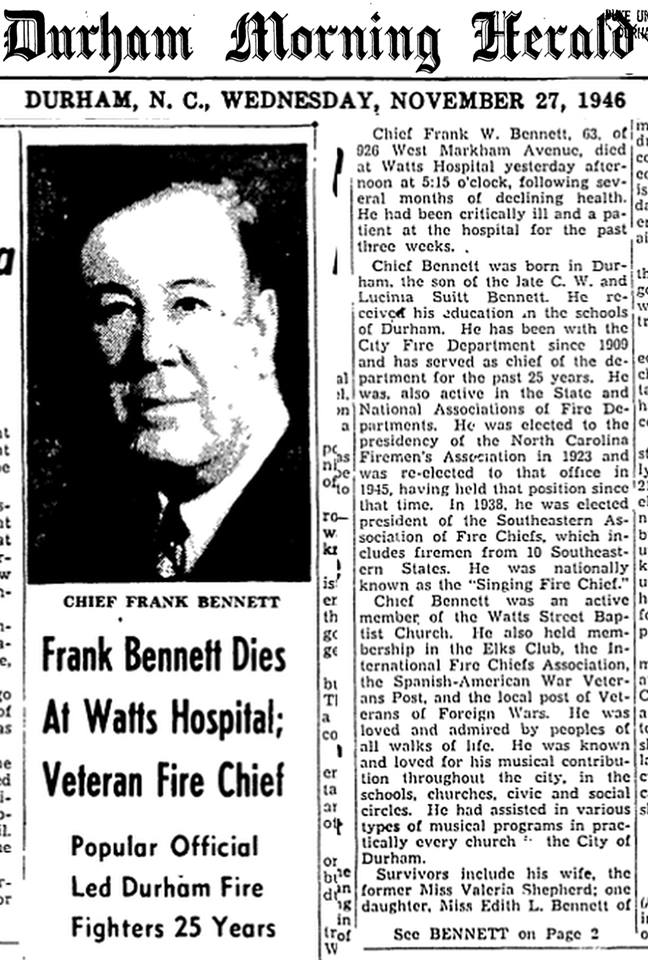 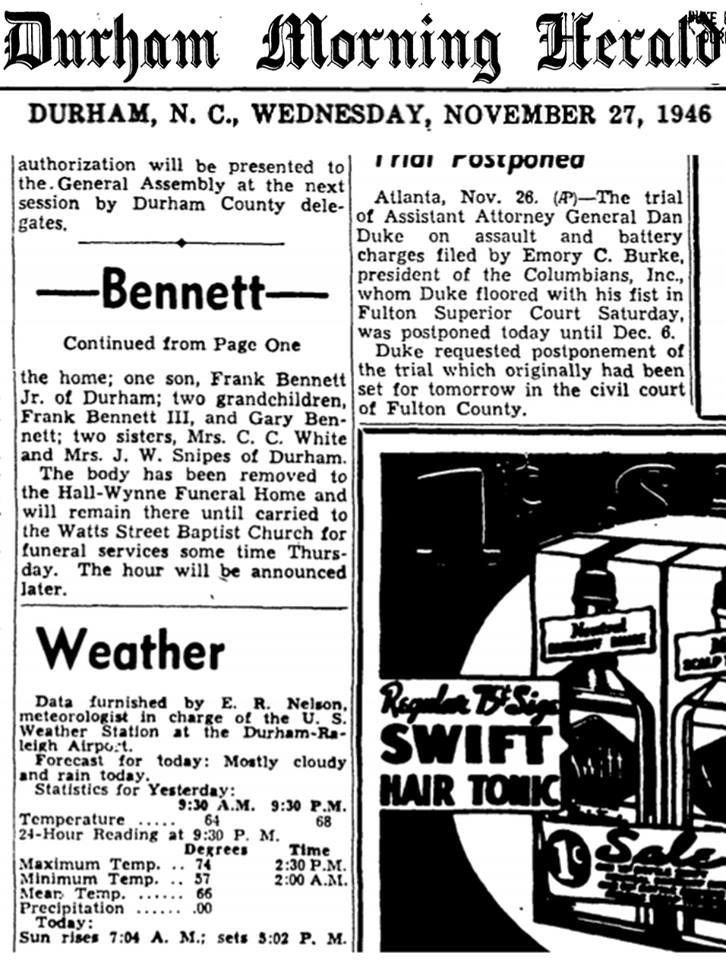 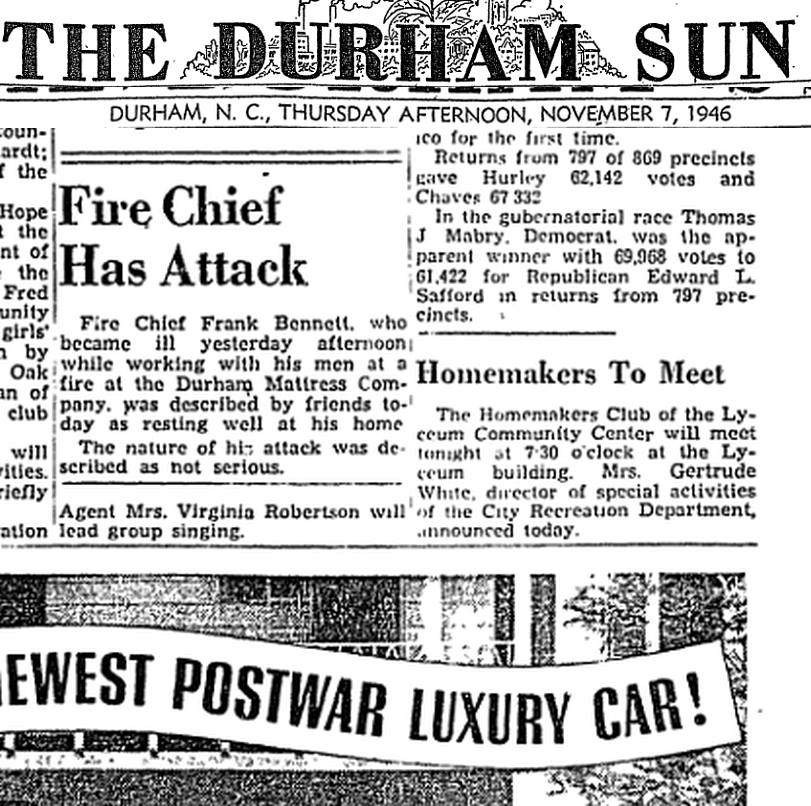 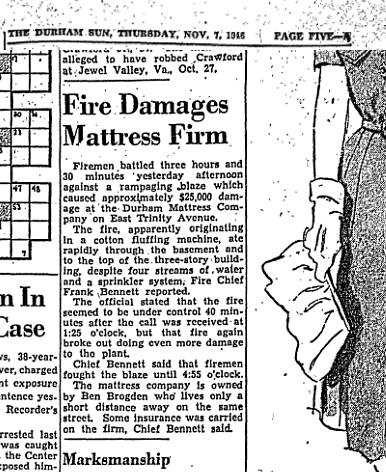 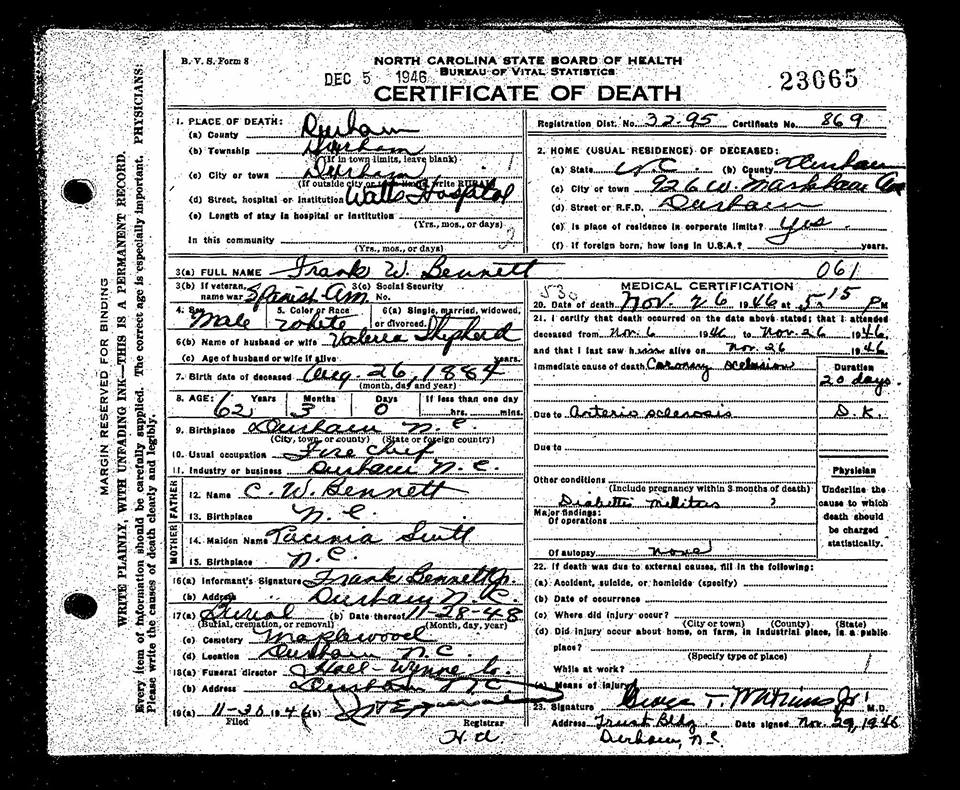