In March 1985, Durham city officials received a comprehensive analysis of their Public Safety Program, a combined fire and police system in place since 1970. The study concluded that both services could be improved and their costs lowered by either modifying the PSO program, or eventually separating the two services. City officials chose the latter. Then what happened? That’s a story for a future time. 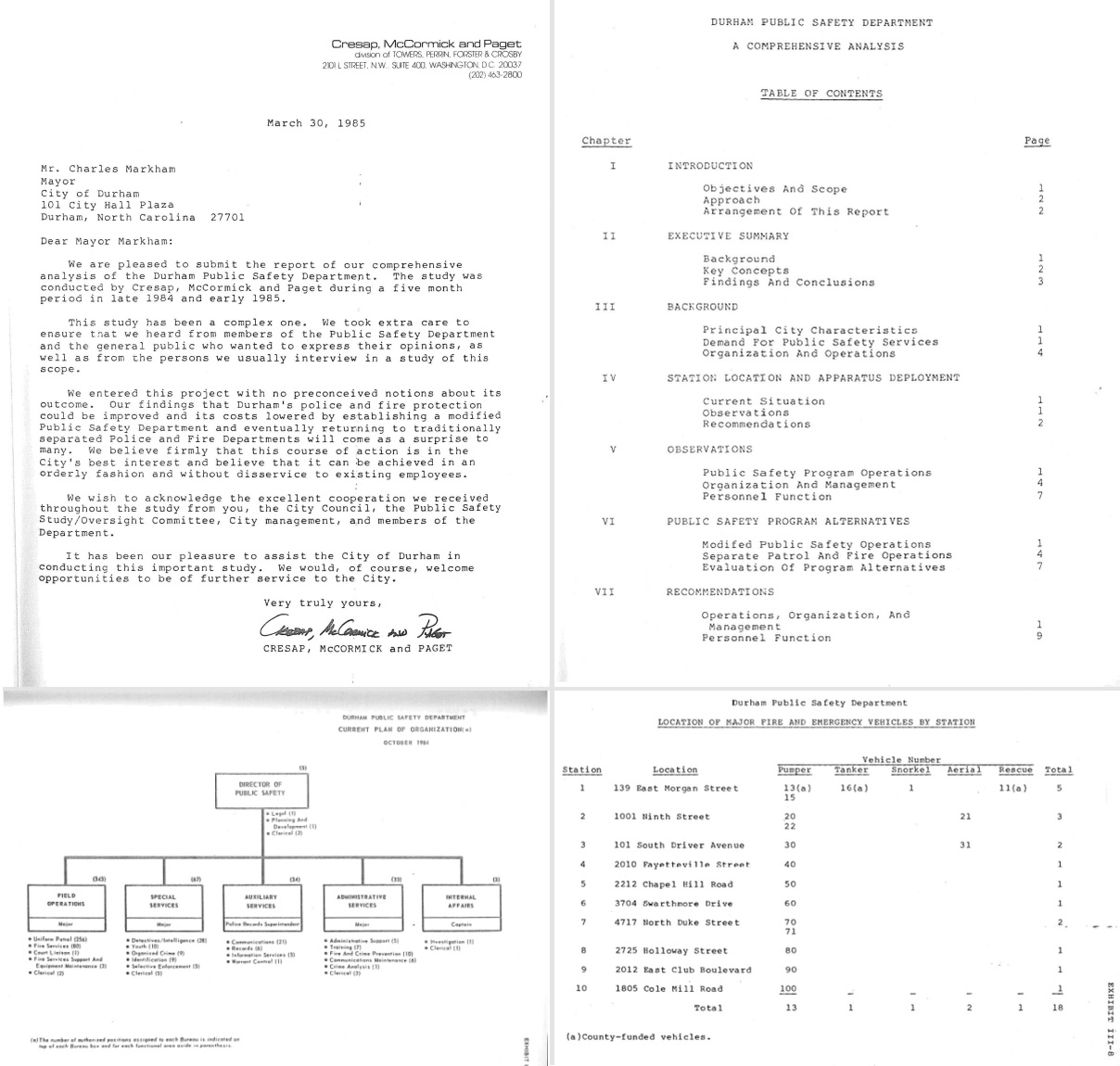