Found in the files of the Raleigh Fire Museum, a News & Observer profile of incoming Raleigh Fire Chief Clarence Puryear. He was named their Tar Heel of the Week in the Sunday, January 14, 1973, issue. 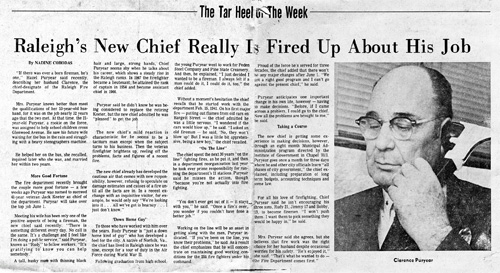 Clarence Rudy Puryear Sr., born in 1919 in Virginia, entered the department in February 1941. After military leave from 1942 to 1946, he returned and rose through the ranks over the decades.

He was appointed Chief of Department on June 1, 1973. Chief Puryear served just over sixteen months and died off-duty of a heart attack on November 10, 1974. He was 55 years of age and had served 30.8 years. Click to enlarge: 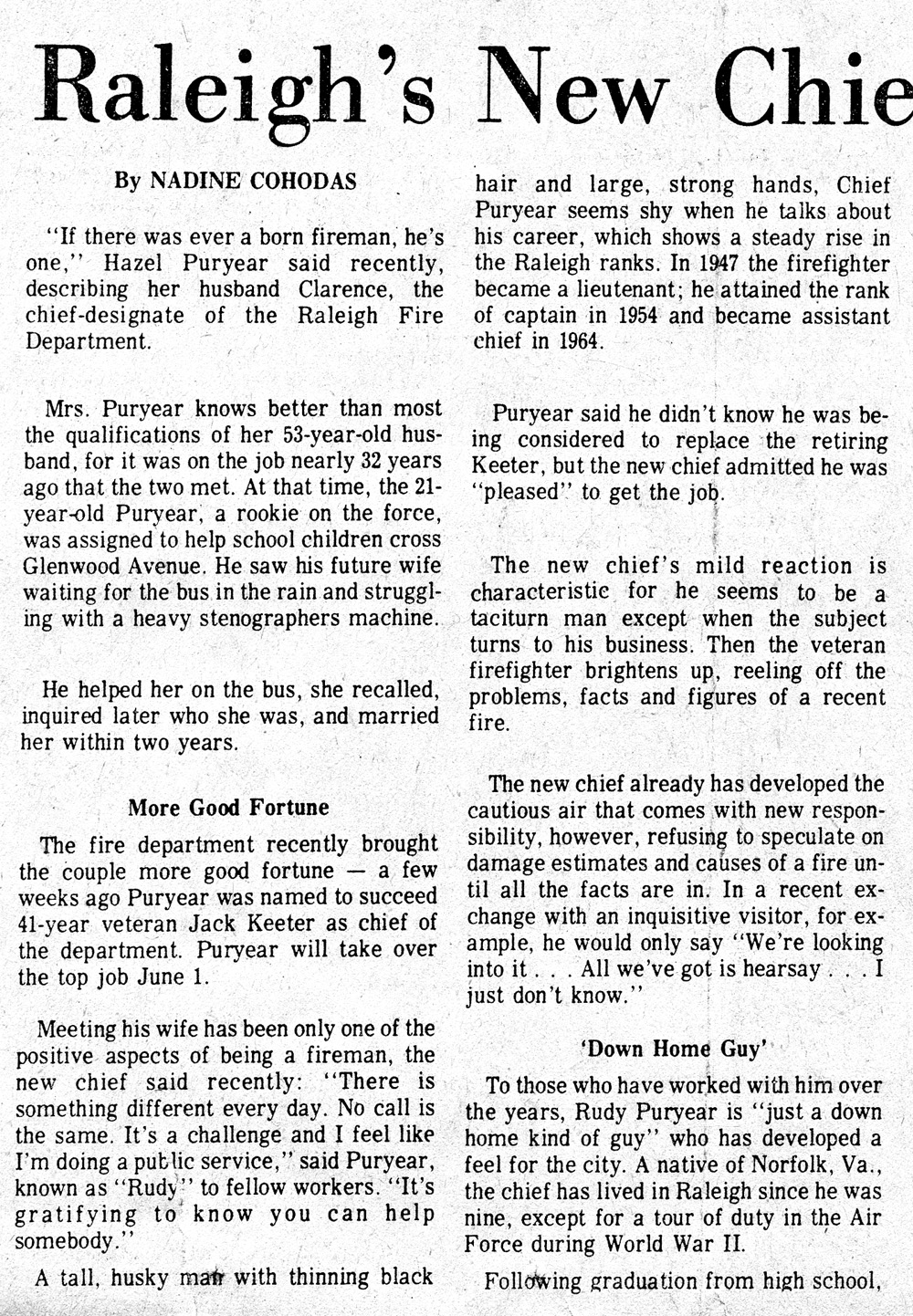 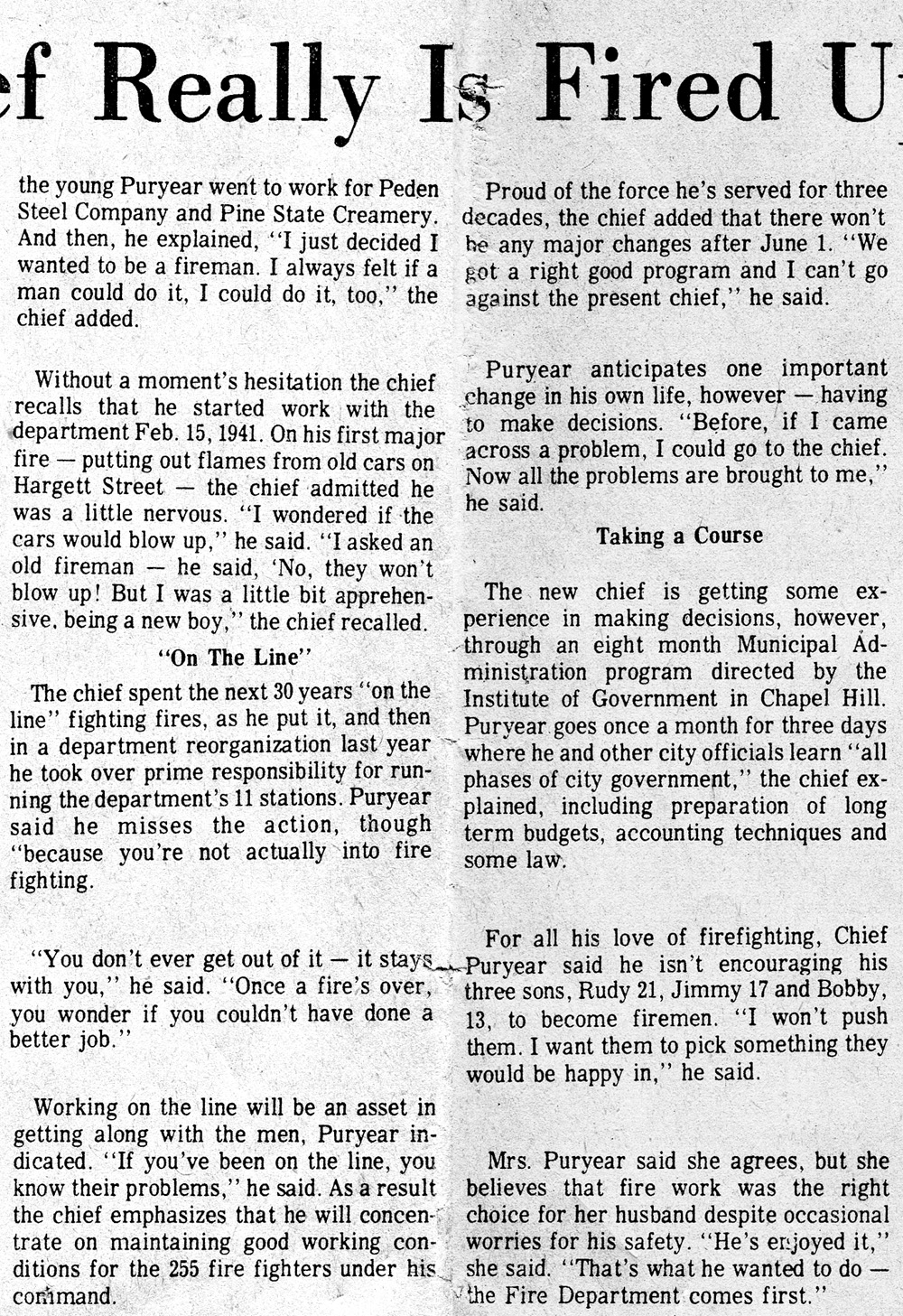 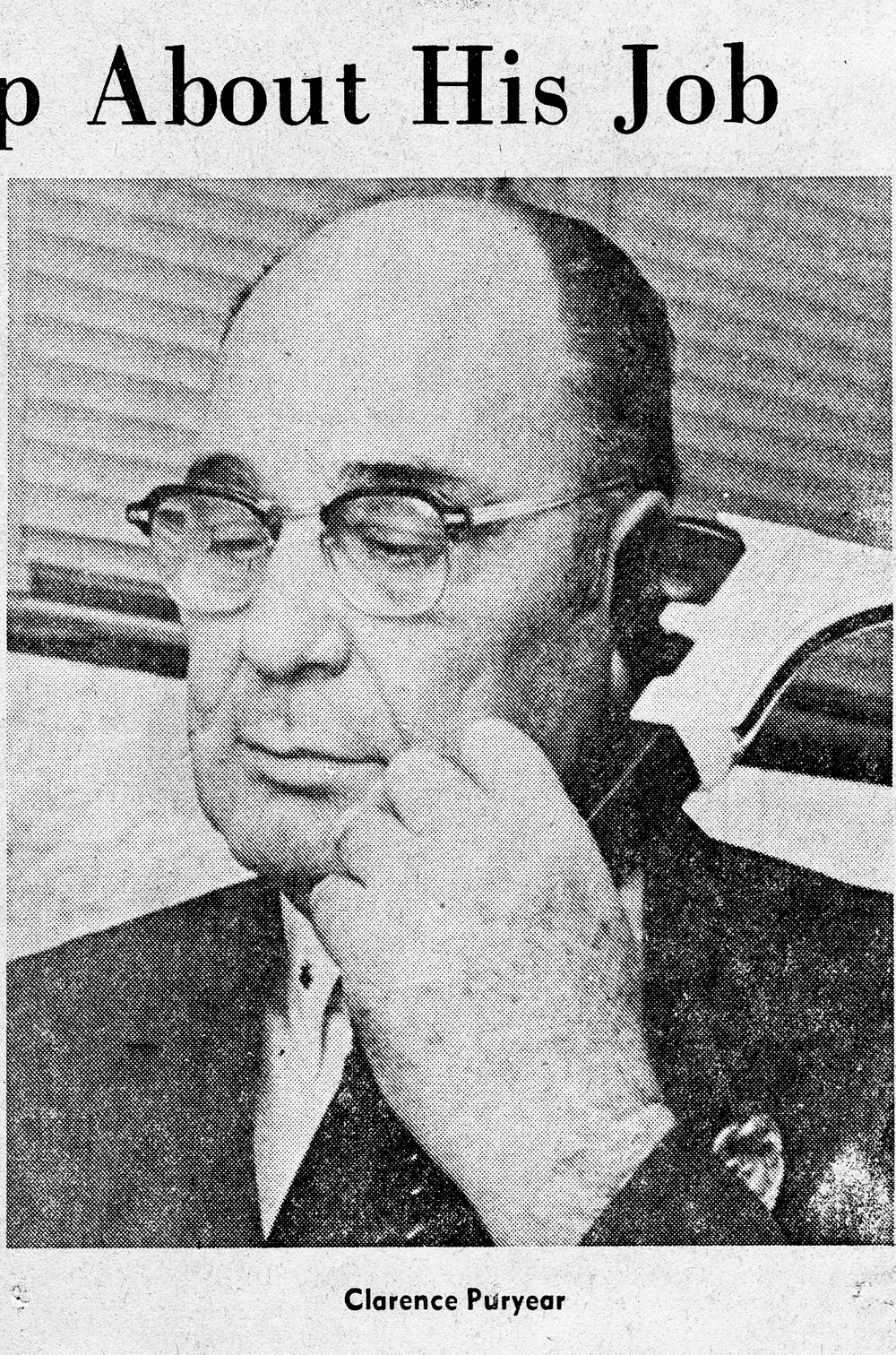