November 9 update. Added a couple more details to the narrative, including corrected street address and notes about the programming that was interrupted only for an Internet live stream.

Friday night saw an unusual incident in Raleigh, a working fire at a broadcast studio building. At 7:43 p.m., Engine 8 and Ladder 7 were dispatched to an automatic fire alarm at WRAL studios, at 2619 Western Boulevard. That’s a two-building campus, though tax records say it’s four buildings. 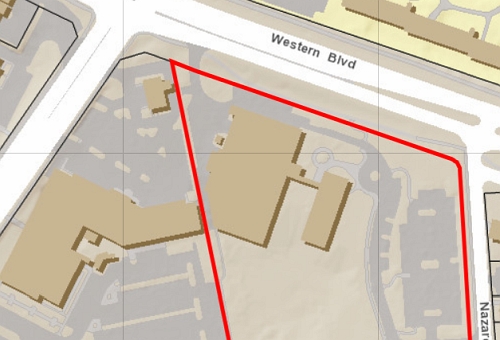 Fire was reported in the oldest section of the larger building, a two-story structure with 43,445 square-feet, built 1958. That’s the familiar brick structure on the corner and opposite the upper parking lot of Mission Valley Shopping Center.

Engine 8 arrived with nothing showing at the northwest (A/D) corner. Employees advised of a small fire in a utility room on the second floor. The “box” was filled out, along with a working fire assignment, for Engine 5, Engine 20, Engine 1, Ladder 4, Rescue 1, Battalion 3, Battalion 5, Air 1 (changed to Air 2, since Air 1 is staffed by Engine 8), Car 20 (Division Chief), and Car 402 (Investigator). 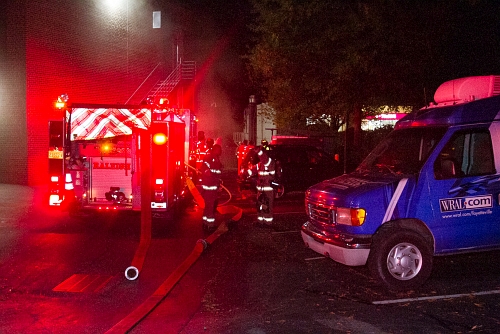 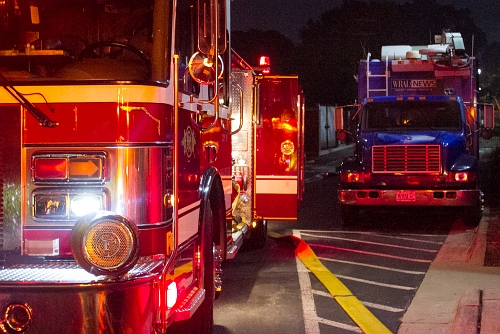 Upon arriving, Engine 5 laid a dry supply line to Engine 8, from a hydrant on the northeast corner of the building. EMS staged in the circular driveway in the front of the campus. Command and all other incoming units were staged in the parking lot.

The fire was contained to the one room and its contents. It was quickly extinguished with a single hand line from Ladder 7. There was extended overhaul, however, for smoke and water removal, as well as air quality monitoring. One employee from the engineering department tried to put of the fire and suffered smoke inhalation. He was transported to the hospital.

The building was evacuated for about two hours and one live-streamed program was suspended. (Regular NBC and Fox50 programming was not interrupted.) The station’s staff did a bit of news-gathering at the scene, using their phones to record pictures and video clips. They were let back into the building about 9:00 p.m., and in time to begin production for the day’s final newscast. 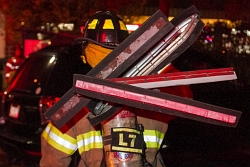 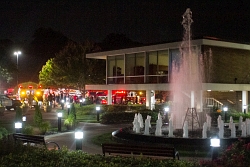 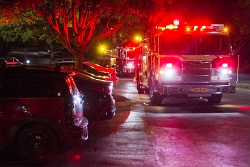 What other fires at radio or television stations in/around Raleigh have happened over the years?

1964 – Former studio and offices of WNAO-TV and WKIX at 2128 Western Boulevard Burn. Occupied as Town and Country Furniture Story when it burned on February 23, 1964. Read more + scroll.

Readers, were there others?