The Beaufort Fire Department in Carteret County, my high school stomping grounds, has received a tiller!

Donated by local resident, who purchased the truck as a gift. They have chosen to remain anonymous. See this WITN story, which notes that the state has recommended for years that Beaufort have a ladder truck. 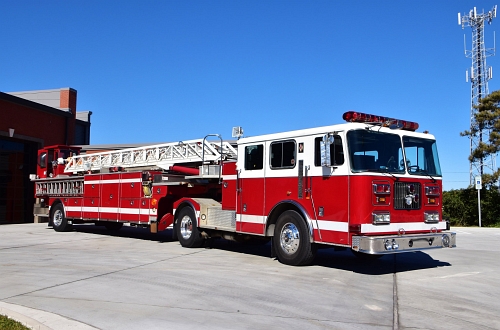 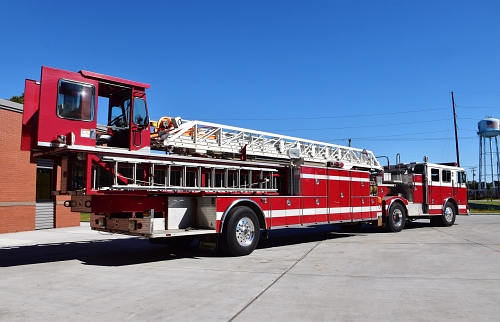 But Not Beaufort’s First Ladder

The new tiller is the town’s second ladder truck. The first was this 1941 Dodge “COE” with a 55-foot ladder. It was built by firefighters using a truck and materials provided by the town.

Click to enlarge these photos that reader Jesse Chaplain shared some years ago (in this blog post): 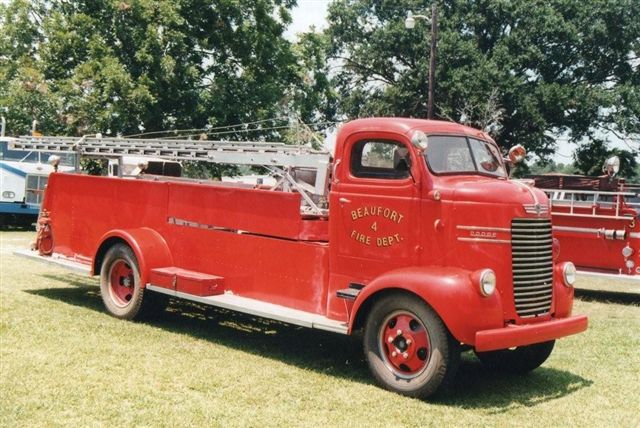 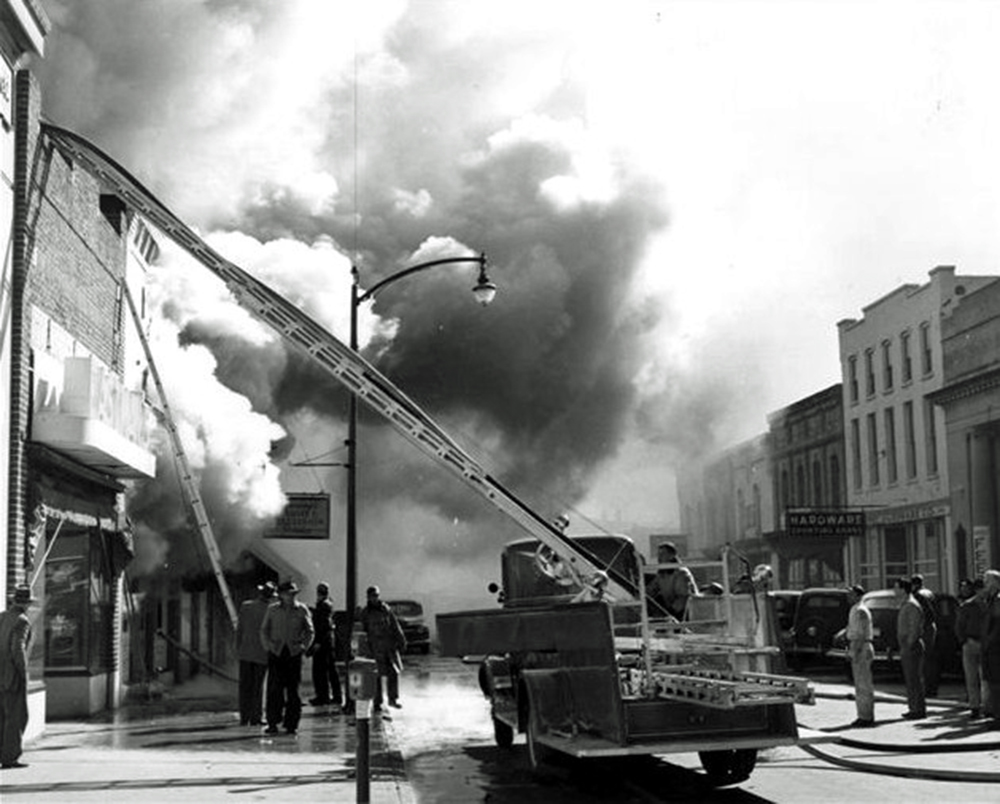 Plus this fine photo from the BFD page on Facebook. Look at those old rigs. Click to slightly enlarge: 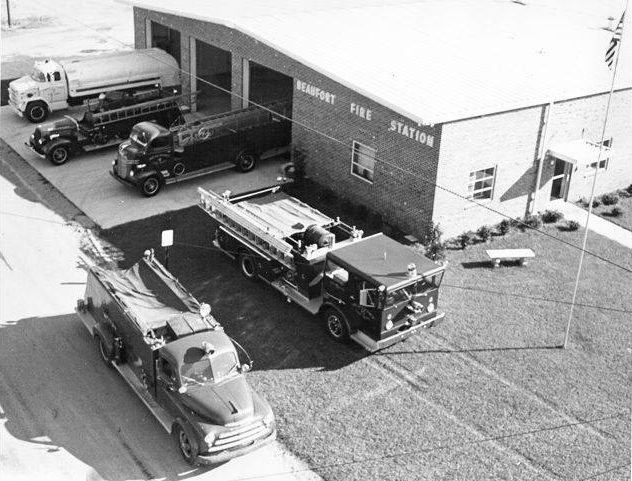