Found this this weekend. Vintage photo of Greensboro’s South Side Hose Company in 1899. They were the winners annual state firemen’s tournament Championship Reel Race. The winning times were:

Salisbury Hose Co. competed, was was ruled out. Eagle Hose Co. No. 7 of Greensboro withdrew, in favor of South Side.

The winning team was awarded the championship belt, to hold and display until the next year’s tournament. They also won $125 prize. The second place team won $75.

The contest consisted of members pulling a hand hose reel, running (pulling) and laying hose from a fire hydrant, connecting the hose to the hydrant, removing the other end of the hose from the reel, attaching a nozzle to the hose, and flowing water in the fastest time possible.

Distance they ran? Either 50 or 150 yards, based on the race. Can’t quite tell which one.

Pictured in the proceedings of that year’s North Carolina State Firemen’s Convention annual convention and tournament, bound copies of which are cataloged at Wilson Library at the University of North Carolina. 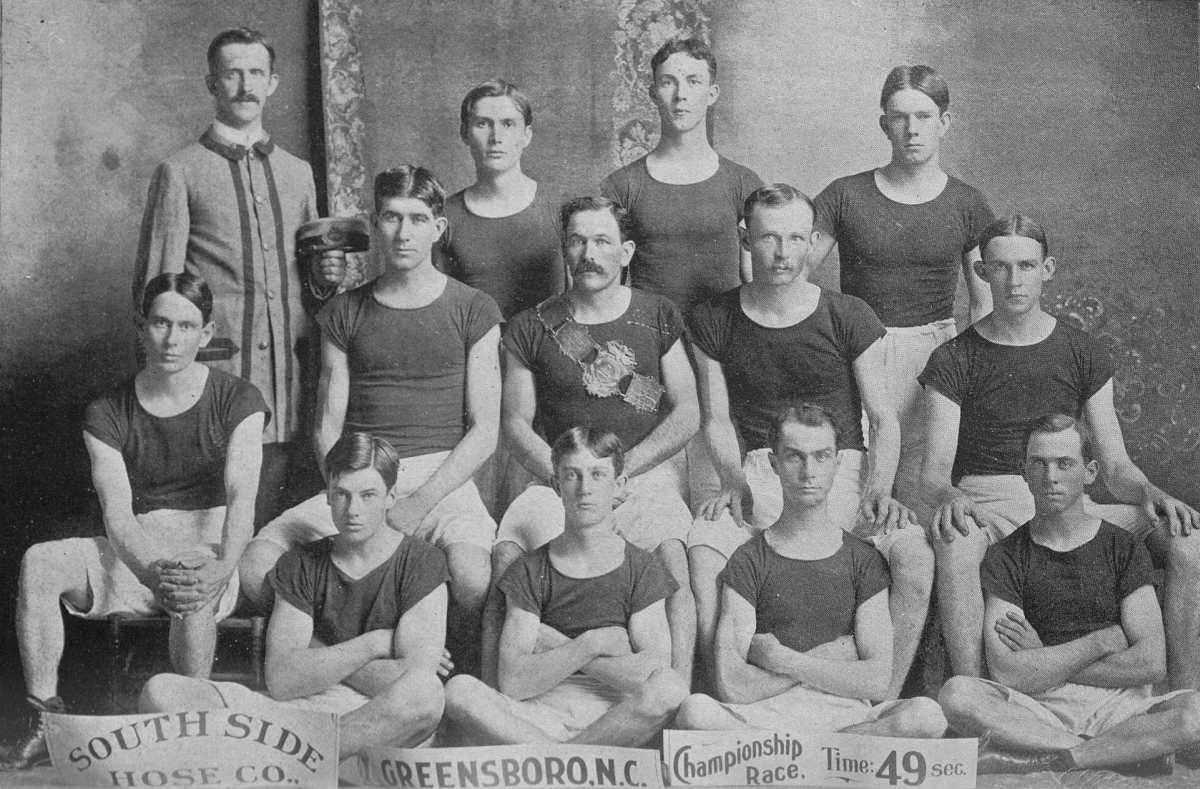