Reader question. Hey Mike, both Philadelphia and NYC have had their deadliest residential fires in decades. What’s the worst residential/multi-family fire in NC history? Answer: Believe it’s the Guthery Apartments in Charlotte on North Tryon Street on March 15, 1940, that killed nine.

Recounts the Charlotte Fire Department in their 2000 millennium history book: “The fire began in the basement at the rear of the building in the boiler room, spread quickly through interior hallways, and cut off escape routes. Seven people died at the scene and seven were injured; two later died in the hospital, bring the total deaths to nine. At least one death was caused by injuries sustained when a woman leaped three stories to escape the flames.”

“The fire was reported around one a.m.; assistant Chief Donald Charles pulled a general alarm on his arrival, and all firefighters and apparatus in the [CFD] responded to the scene. The fire eventually went to six alarms. Firefighters were hampered by subfreezing temperatures and by the panic of the occupants; two firemen were injured by people jumping. The building was repaired and still stands; the damage from the fire is visible on the back side.” 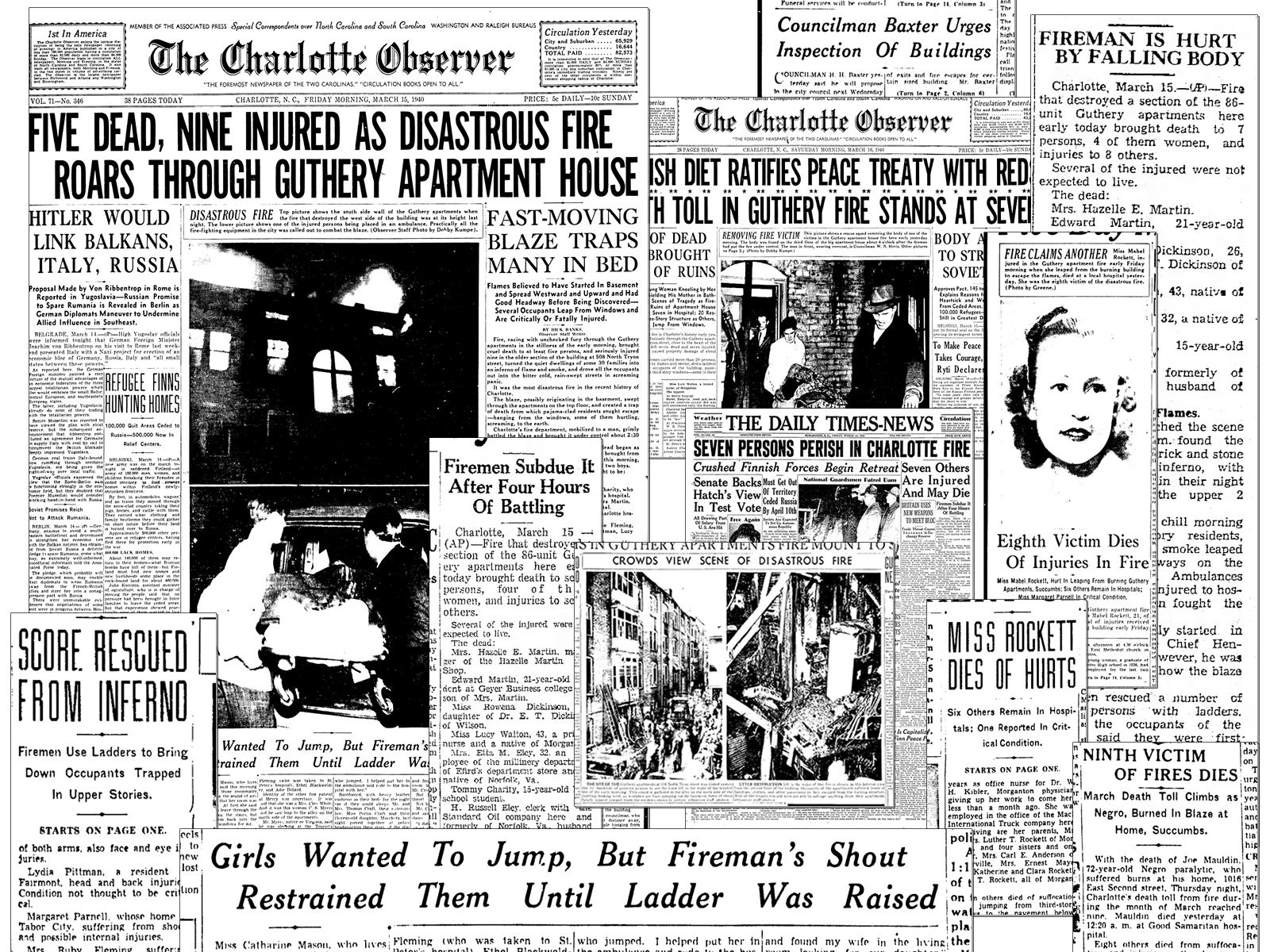 From the newspaper accounts, here are some additional details.

“The blaze, possibly originating in the basement, swept through the apartments on the top floor, and created a trap of death from which the pajama-clad residents sought escape–hanging from the windows, some of them hurtling, screaming, to the earth.” “Charlotte’s fire department, mobilized to a man, grimly battled the blaze and brought it under control about 2:30 o’clock this morning.”

The fire occurred in “the older section of the building” and displaced some 30 families. The newer section of the building “was not touched by the flames,” although a passageway connected the two. “Charotte’s fire, police, ambulance, and hospital services swung instantly into smooth-running action to handle the disaster. Seconds after the first alarm announced the fire at 1:08 a.m., sirens were screaming in every section of the city.”

Read these articles as PDF files at this Google drive folder.