Big news in Johnston County this week. North Side Fire & Rescue started service on Monday, December 4, at 9:00 a.m. The new department was created with a merger of Archers Lodge FD (est. 1958) and Thanksgiving FD (est. 1961). It’s believed to be the first such merger of its kind in county history.

Here’s the radio announcement that was made on Monday.

The consolidation of the two departments was formally proposed to county commissioners in October 2020.

In remarks to the board, from the meeting minutes, “Archer Lodge Fire Chief Phillip Driver and Thanksgiving Fire Chief Paul Zais addressed the Board to provide information concerning a proposed merger of their departments. Chief Driver stated the two departments began having conversations about a merger some time ago and felt it was a proposal worth exploring due to the considerable growth of their areas and the fact that the two departments were already training together and working as one department with no issues.”

The new department has the usual array of apparatus including pumper-tankers, straight tankers, brush trucks ‘n’ small trucks, and a pair of heavy rescues.

Here are a few pictures, courtesy of Brandon Taylor. 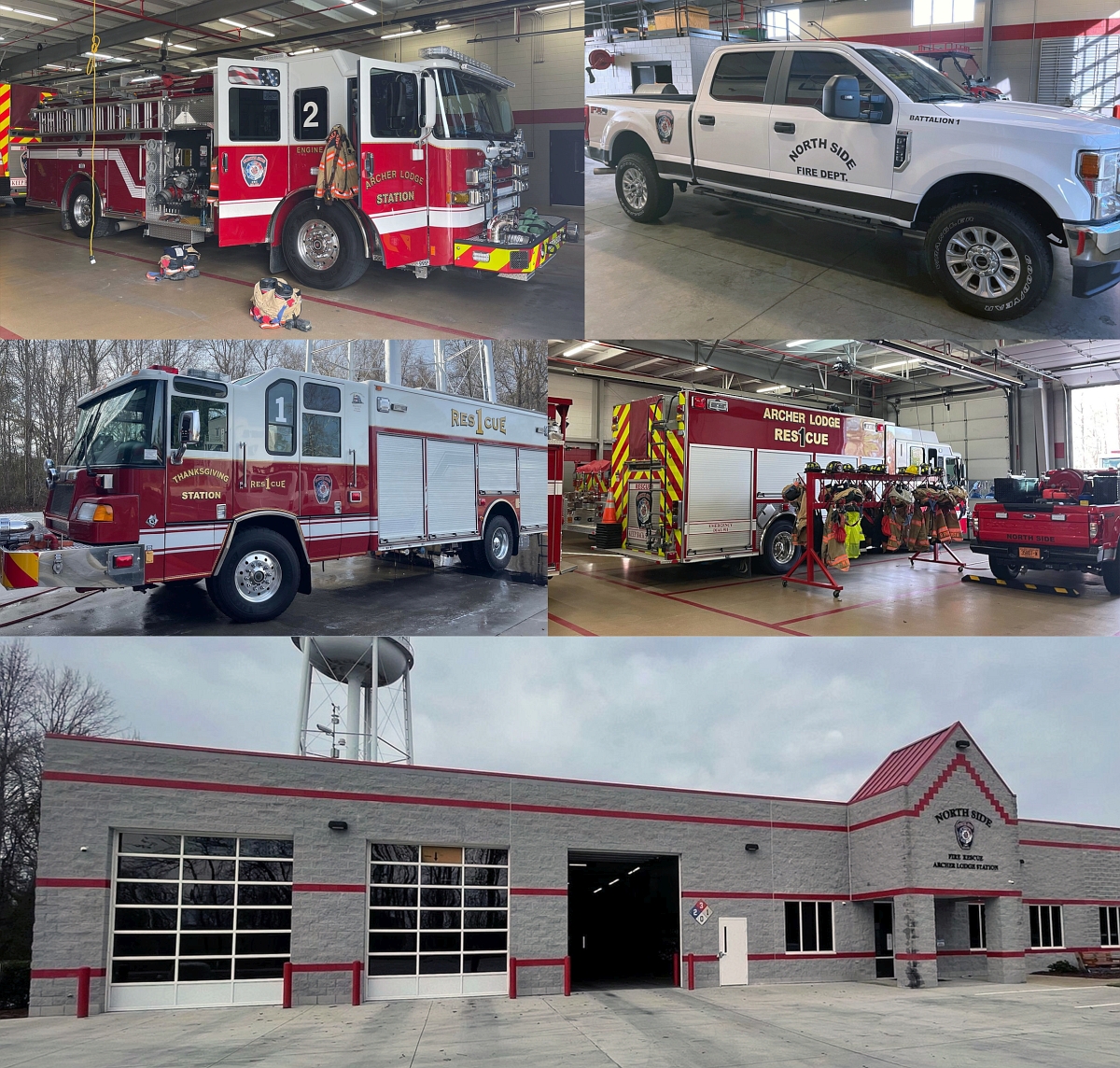