Winston-Salem fire police, you say? Here’s a blog posting about that entity, which was created in in late 1957. Looks like they were active until at least 1969! Learn more about H&N magazine. 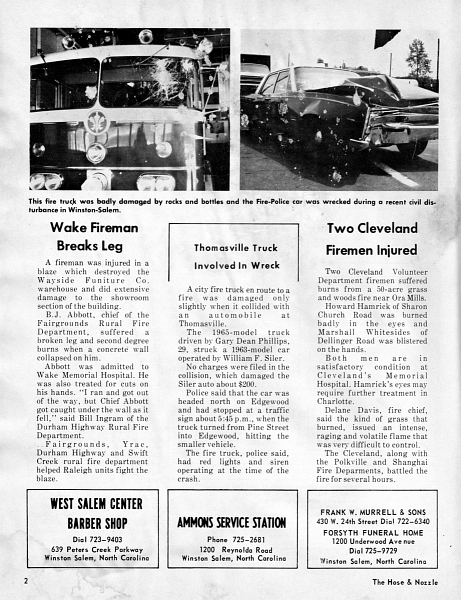