Last week Lee Wilson paid a visit to Lillington, to photographer their two antique (and well-preserved) antique engines. The older one is a 1928 GMC/American LaFrance Type 99 triple combination, #G-125. (Shipped on June 27, 1928, says the Peckham database.) The newer one is a 1961 Ford/Seagrave pumper. (Model? Specs?) Both are housed in the former Lillington Rescue Squad building. (The squad was chartered in 1968, say state corporation records. They operated through the 1970s, we’re told. The corporation dissolved in 1995.) Such beautiful trucks. See more photos from Lee. 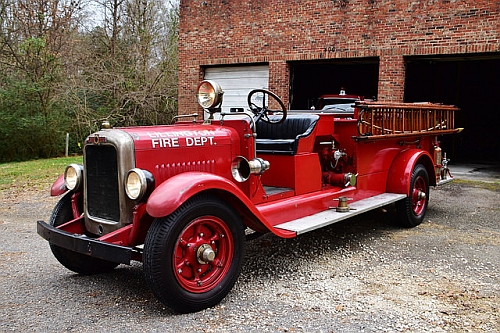 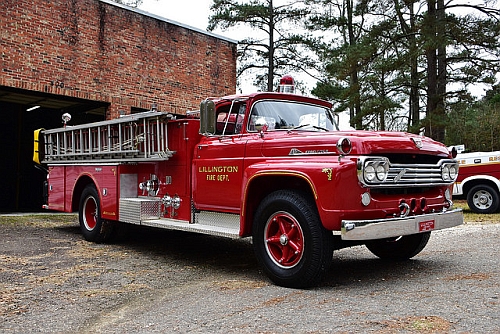