Found another firefighter fatality of yore, from an account in Daniel Bartholf’s new book “History of Firefighter in New Bern, North Carolina.” Here’s the story, from the book and newspaper accounts, copied from the state library in downtown Raleigh.

On February 26, 1951, a New Bern Fire Department engine overturned while en route to a grass. The driver, Robert Glenn Broadstreet Jr., was pinned beneath the truck. “Observers in the vicinity,” reported newspaper accounts, rushed to the scene, rescued the driver, and took him and the other firemen to the hospital.

Broadstreet was conscious and “apparently suffering no ill effects other than cuts” when he arrived at Craven County Hospital. During the night, however, he suffered a cerebral hemorrhage and entered a coma.

Three volunteer firemen were also aboard, and all suffered injuries and were also taken to the hospital: A. A. Kafer, with a fractured elbow and broken ankle; Clyde Smith, with shock; and Tim Connor, with no serious injury.

On Saturday, March 3, he underwent surgery to remove a blood clot on his brain. The operation was performed by a neurosurgeon who flew in from Winston-Salem. The three-hour operation was “regarded a success.”

Broadstreet was a new driver, who had started on February 15, noted the news story. This was his “fourth run.” The apparatus, described as “the old International,” responded from a fire at Askew Cleaners. It overturned while making the turn from Highway 17 onto Chattawka Lane, the reported location of the grass fire.

Broadstreet died from his injuries twelve years later, on January 5, 1963. He was 35 years old. He died at Craven County Hospital. Noted his obituary, he had “been ailing” from the 1951 accident. He was buried at New Bern Memorial Cemetery on Sunday, January 6, following funeral services at Pollock Chapel.

His death certificate lists “convolution” due to “severe brain injury” years ago as the cause.

The “old International” had its equipment all removed and was “carried to the city yard.” Except… NBFD didn’t have an International pumper on the roster! Mystery there, for someone to solve… 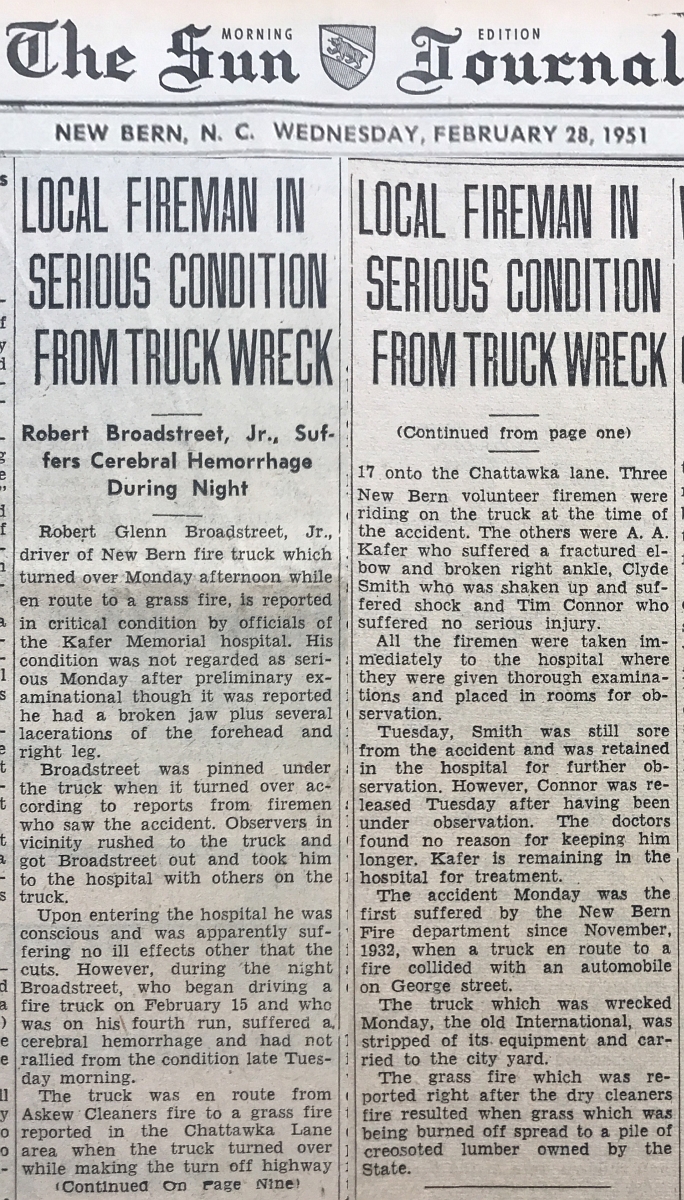 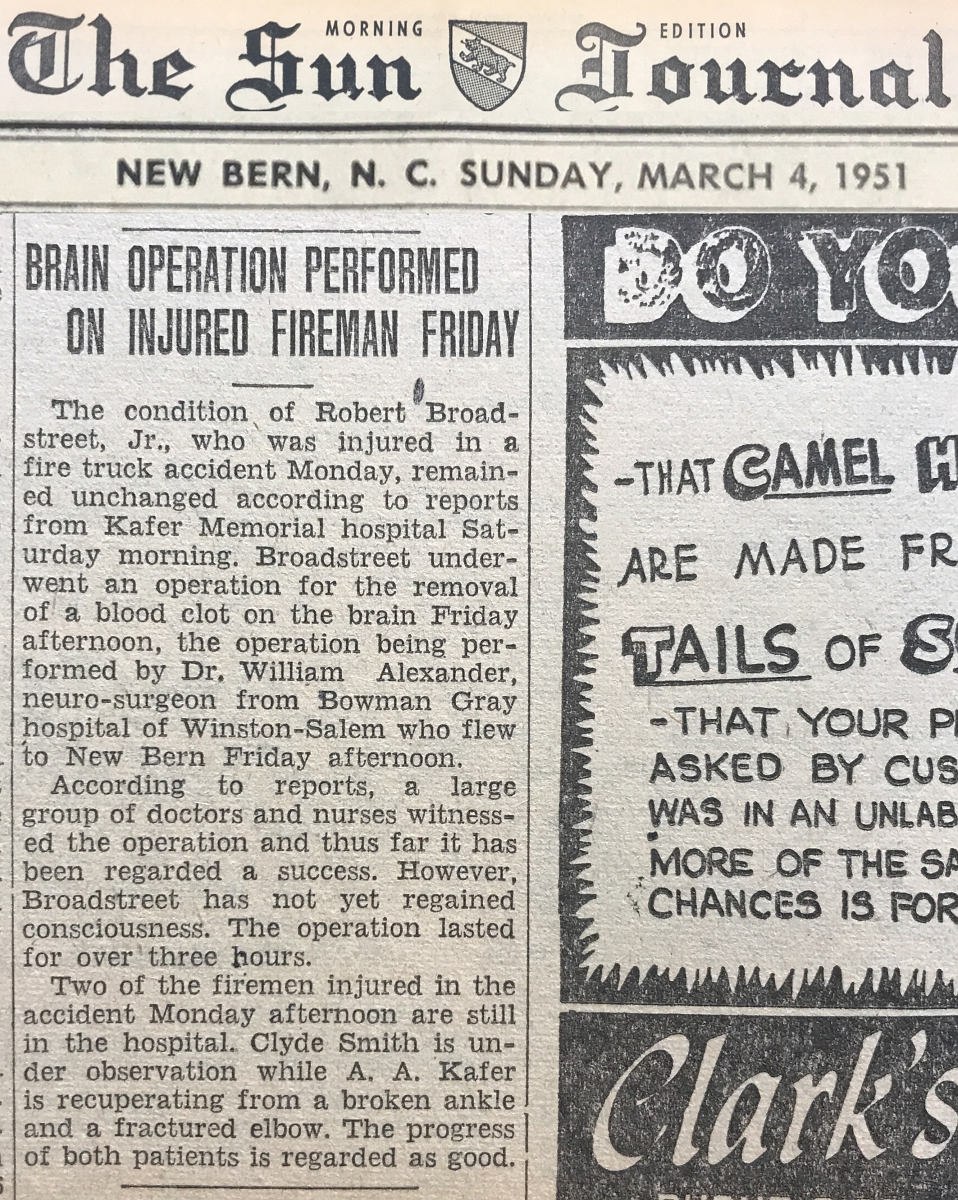 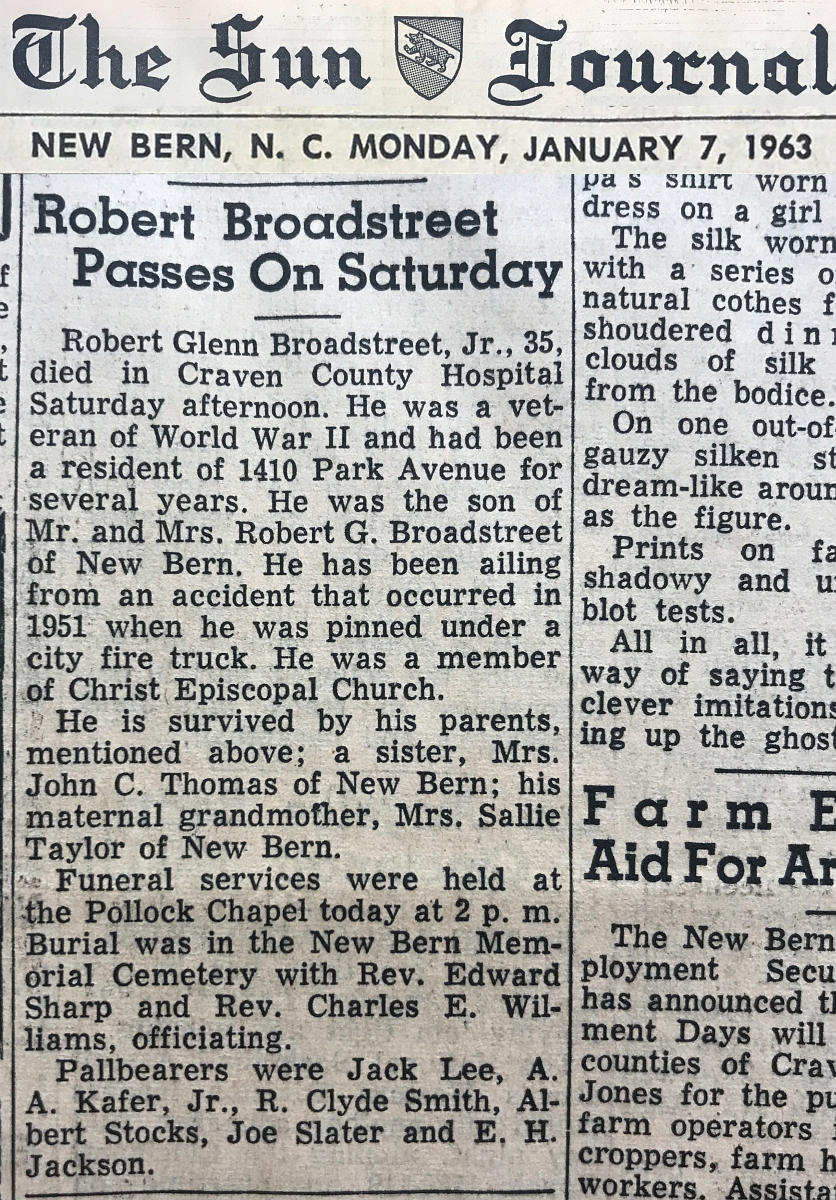 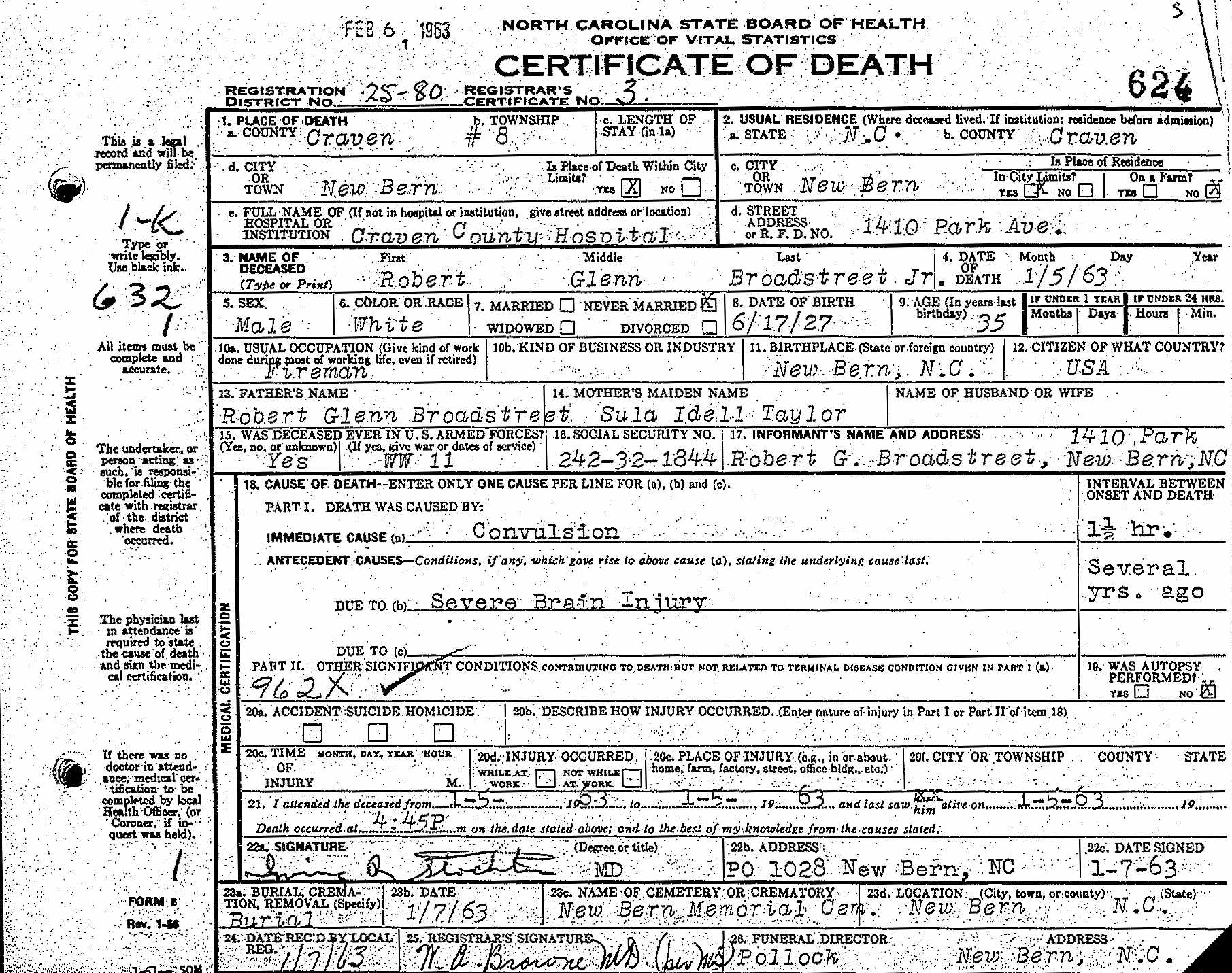