History of Firefighting in New Bern, North Carolina – Colonial Days to the 21st Century has been published. The author is Daniel Bartholf, a 45-year veteran of the volunteer fire service (NY, NC, WV) and a member of the staff at the New Bern Firemen’s Museum. His bio is below.

The softcover book measures 8.5 by 11 inches and has 234  pages. There are some 200+ images (by my count), and numerous, glorious pictures of NBFD in the days before motor apparatus. The book is self-published. 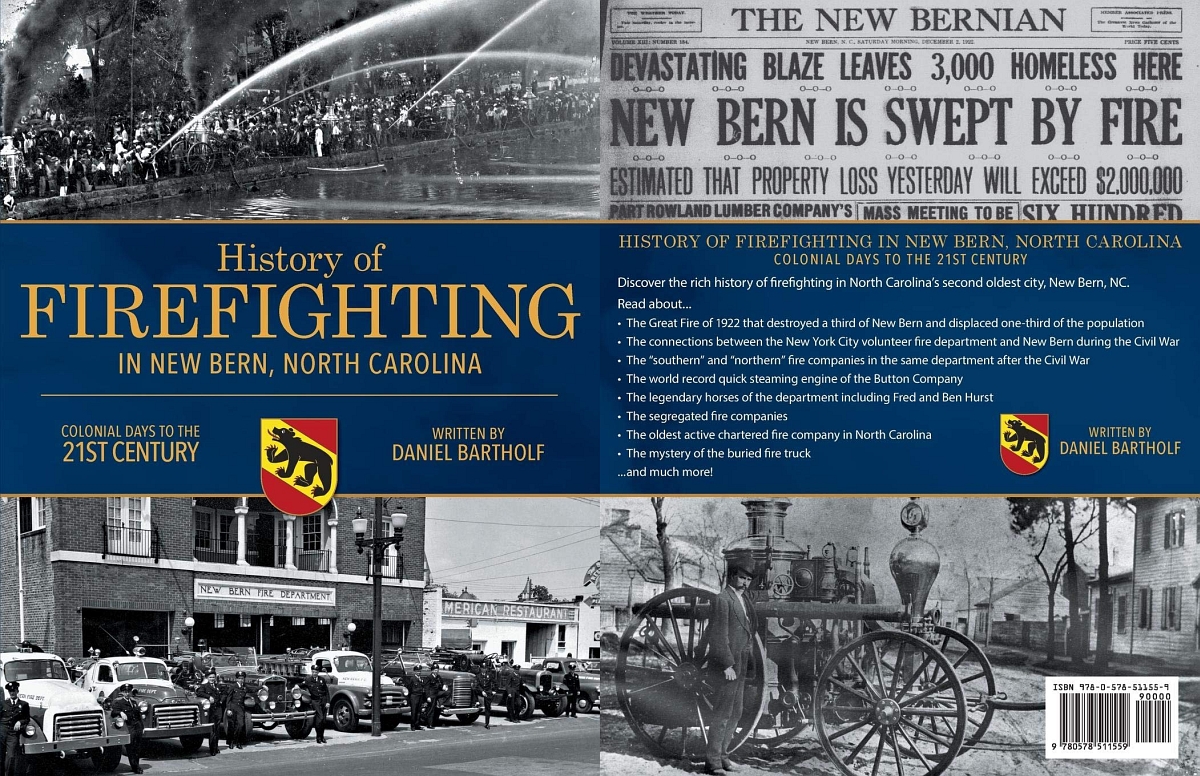 Here’s a video preview of the book, paging backwards through the chapters:

Here’s the table of contents:

The book is sold on Amazon and Barnes and Noble, for starters. The retail price is $29.99. Copies can be obtained from the author himself. Contact wxman232@yahoo.com.

Bartholf will also be attending the fire truck festival at the North Carolina Transportation Museum in Spencer, NC, on Saturday, June 22. He’ll have a table in the Back Shop.

Daniel Bartholf is a 45-year veteran of the volunteer fire service, serving mainly in several departments in New York state, but also in North Carolina and West Virginia. He has held positions of Fire Chief, Assistant Chief, Captain and Lieutenant, and was certified as a Level II Firefighter.

In addition, he was certified as a Hazmat Technician, was a member of the Onondaga County (Syracuse) Underwater Recovery Team (SCUBA), and wrote articles for Fire Chief, Firehouse, and Engine Engine! (official publication of SPAAMFAA) magazines.

He was employed as a meteorologist with the National Weather Service for 35 years and served in offices in Buffalo, Albany, Syracuse, Newport (NC), and Charleston (WV).

Dan holds a Bachelor of Science Degree in Meteorology from the State University of New York at Oneonta, and a Masters Degree in Public Administration and Emergency Management from Jacksonville (FL) State University.