Hey Mike, how many “short academies” has Raleigh conducted before the one that graduated today? First, a bit of context.

Academy 46, which graduated today, was one of two that started on the same day in late April. Sixteen were hired, for a ten-week academy, and with existing firefighter experience and certifications as a requirement. (Why did the city implement a “short academy?” To get a quantity of new firefighters on line ASAP, to fill vacant positions.)

The academy was conducted concurrently with Academy 47, which required no prior experience for hiring, and concludes its thirty-week academy in November. Those members will graduate with experience and state certifications in EMT, Firefighter I, Firefighter II, and Haz-Mat Technician Level I.

Prior to 2021, the last “short academy” was held in 2004. The first was held in 1998, and that series is shown in orange in the below bar chart. Also shown, in green, were three academies that included recruits from outside FDs. (From Wilson and Wake County.) 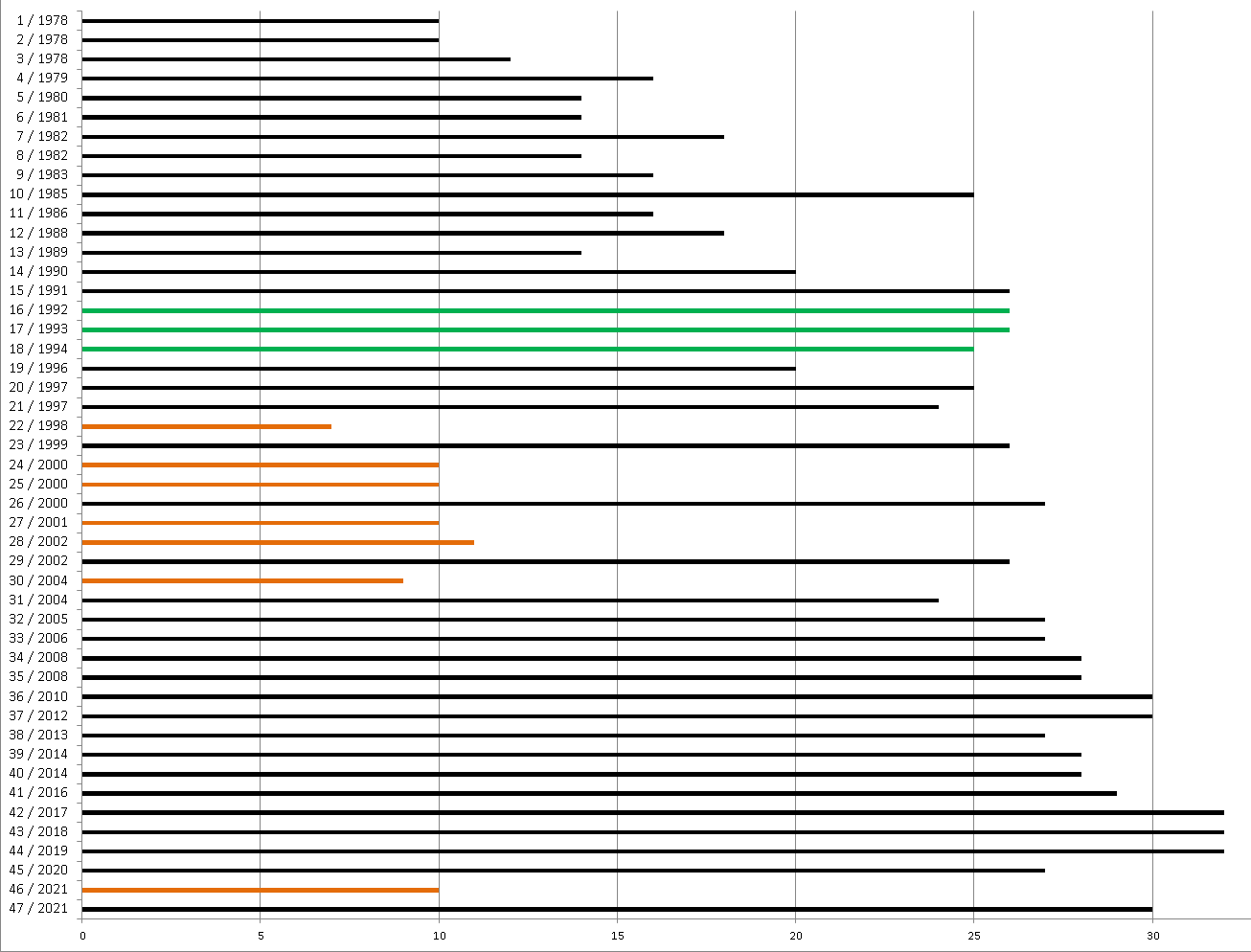