Meet Raleigh’s new (probationary) firefighters, who graduated on January 13, 2021, from Recruit Academy 45.  The twenty-seven week academy started in April 2020. Their training included a number of modifications due to COVID conditions, including condensing the program from 32 to 27 weeks. The graduation was also held outdoors, for the first-time in decades and maybe ever. At the event, an empty chair was present for instructor Lt. Herman Ellis, who died off-duty in a motor-vehicle accident on January 3. See photos of the graduation. 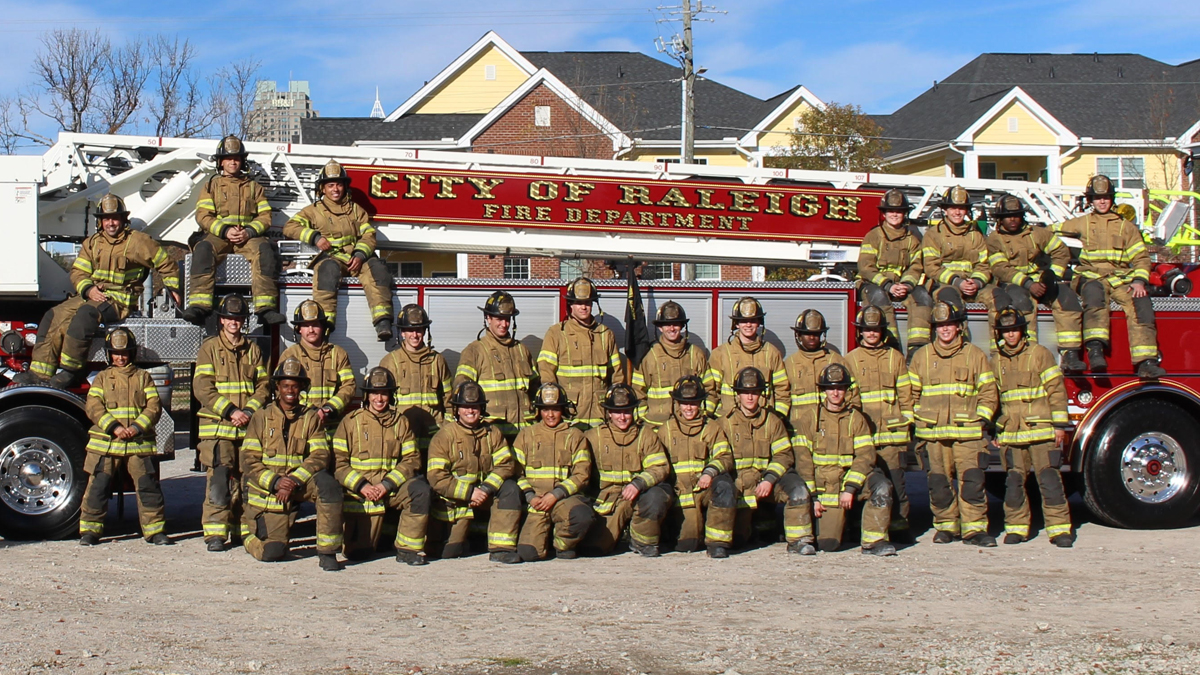