Long-overdue update. Cary Station 9 is but days away from going into service. Paid a visit on Tuesday and snapped some pictures inside. Have also been taking pictures over the last eighteen months of construction, both ground and drone pictures. See those photos.

Station 9 will house Engine 9 and a relocated Battalion Chief. 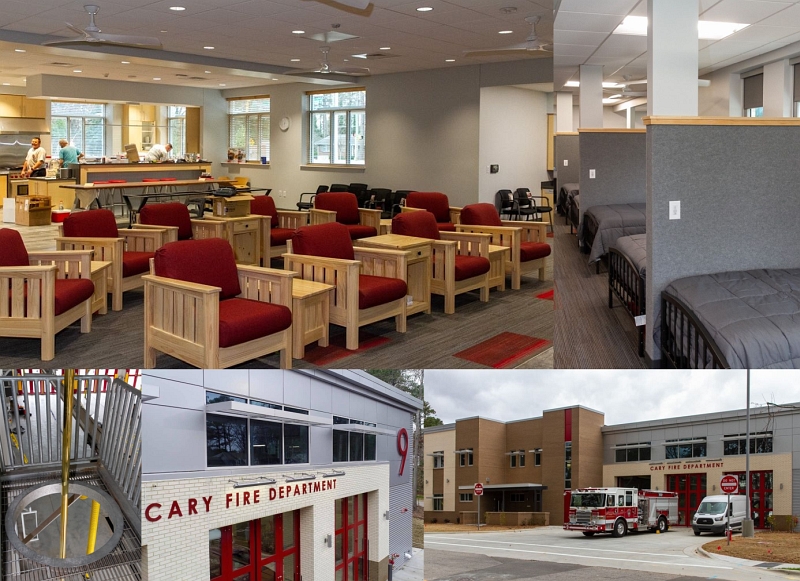 The Town of Cary on Tuesday held a groundbreaking ceremony for the relocation of Fire Station 9. The 2.53 acre site is located at 1427 Walnut Street, and will replace a smaller facility built in 1974.

Station 9 currently occupies old Station 2, which relocated in 2015 to a new station on Chatham Street. Engine 9 was activated on December 18, 2015. Read blog post.

The new Station 9 is located 1.4 miles to the south and east, and closer to the interstate and commercial properties on the southwest side of town.

Construction of the $7.9M facility is expected to be completed in winter 2020.

Visit the project site [link expired:https://www.townofcary.org/services-publications/fire/fire-station-9-relocation], which includes a project history, renderings and a site plan, and the planned project schedule. 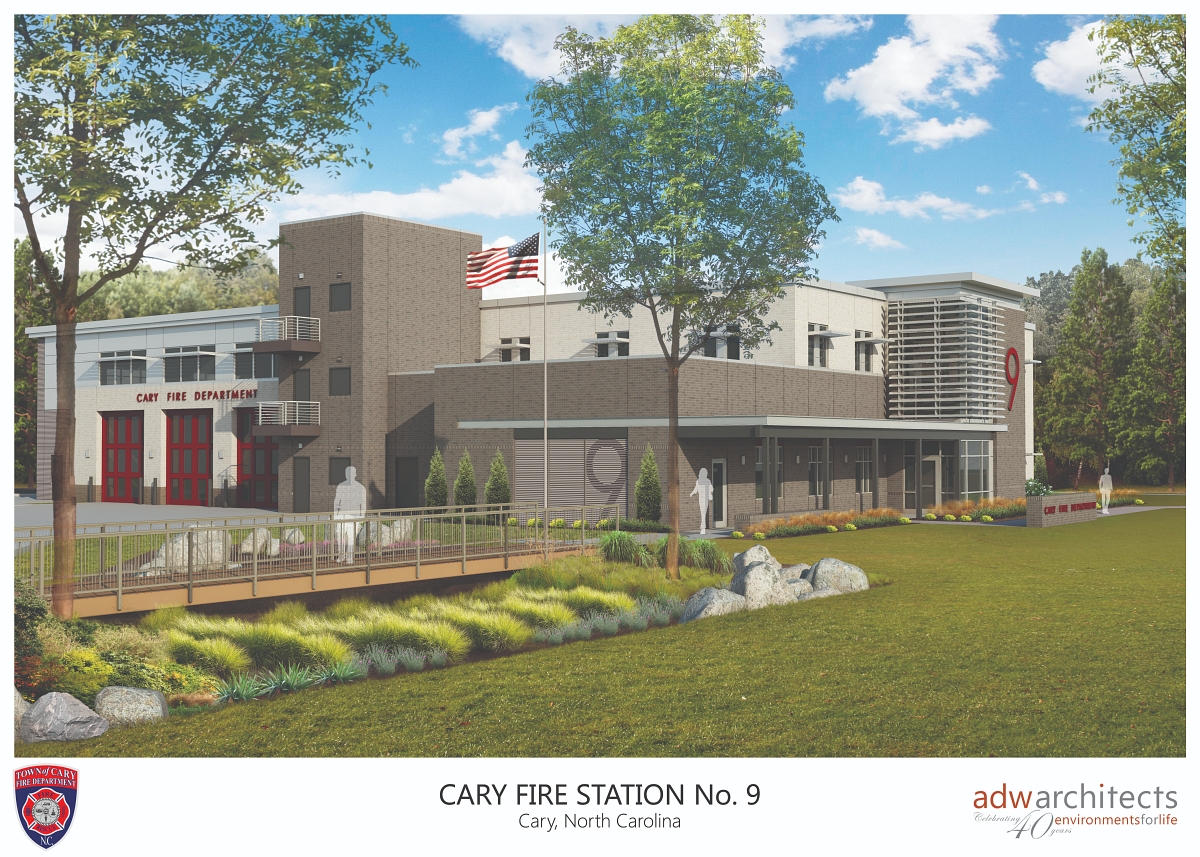 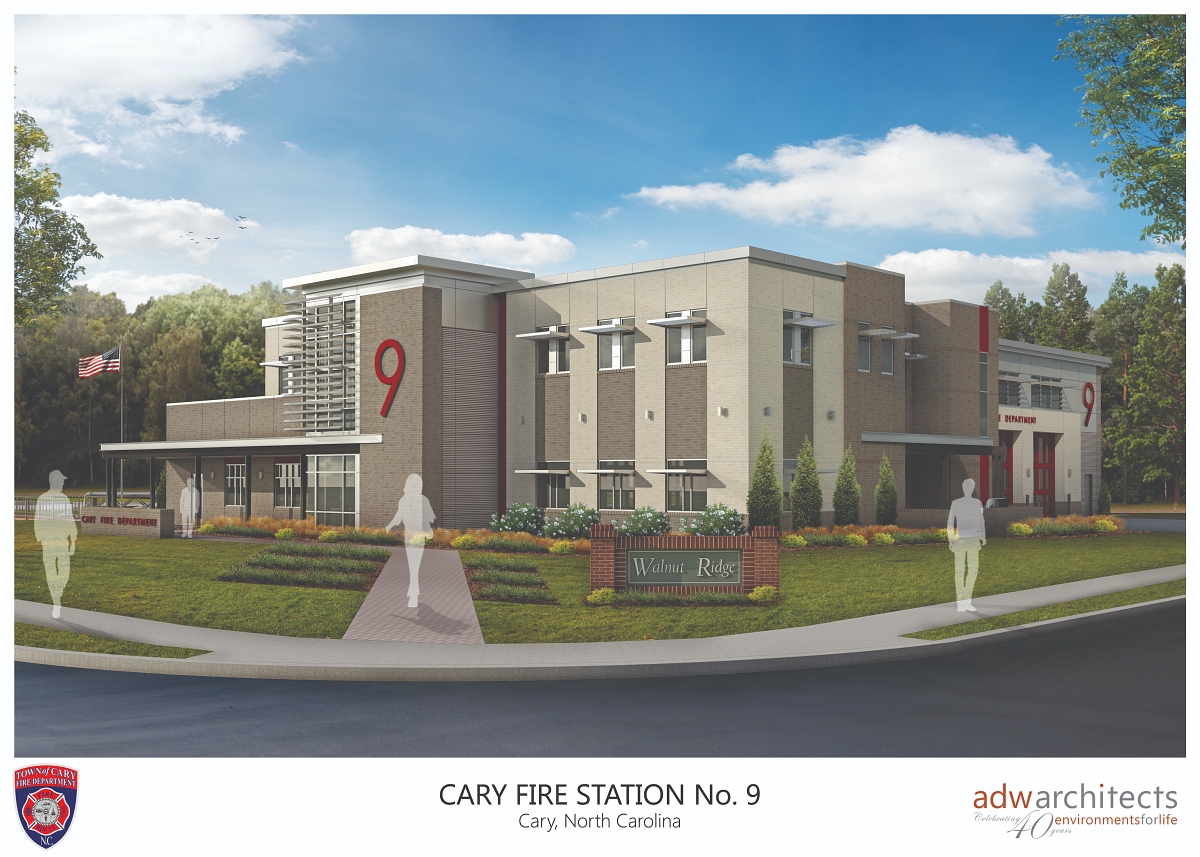 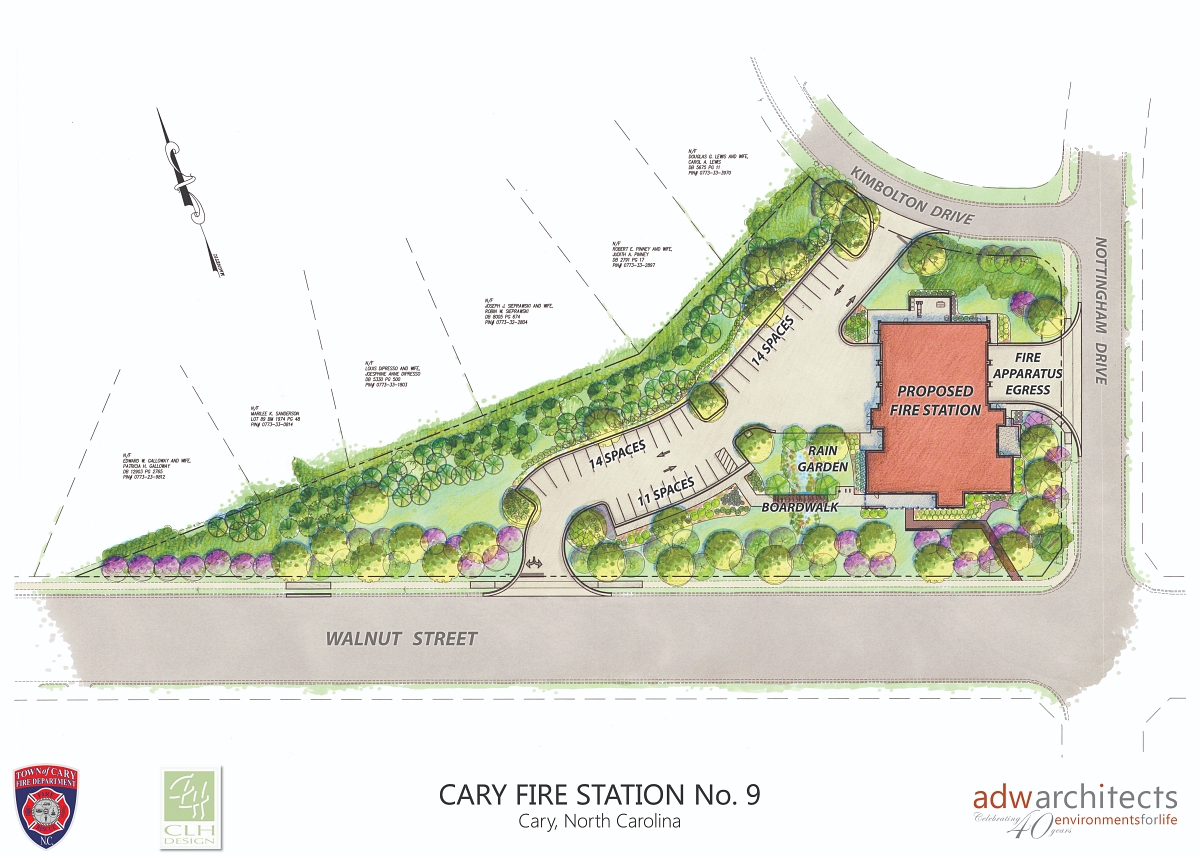