One of the earliest “suburban” fire departments in North Carolina was Bessemer VFD in Greensboro. We’ve blogged about them before, but let’s take a deeper dive.

They also occasionally responded outside of their district, and fought fires as best as they could with limited water supplies. Also, at least in 1948, the city fire department would “stop at the line” if they were dispatched for a fire that was outside of the municipal limits.

The Bessemer fire station was located at 609 Elwell Avenue. The building is still standing. The land was sold to the sanitary district by Mrs. Effie Boone in 1942. The parcel measured 0.12 acres.

It even caught fire once, on July 3, 1956. As the Greensboro Daily News noted: “Chief Ray Moore and Assistant Chief C. B. Swaney, on discovering flames eating away at the ceiling, moved the fire truck out of the building, uncoiled a few feet of hose and had the blaze extinguished within 10 minutes.”

Read the entire history of the Bessemer Fire Department on this new history page of mine: www.legeros.com/history/stories/bessemer 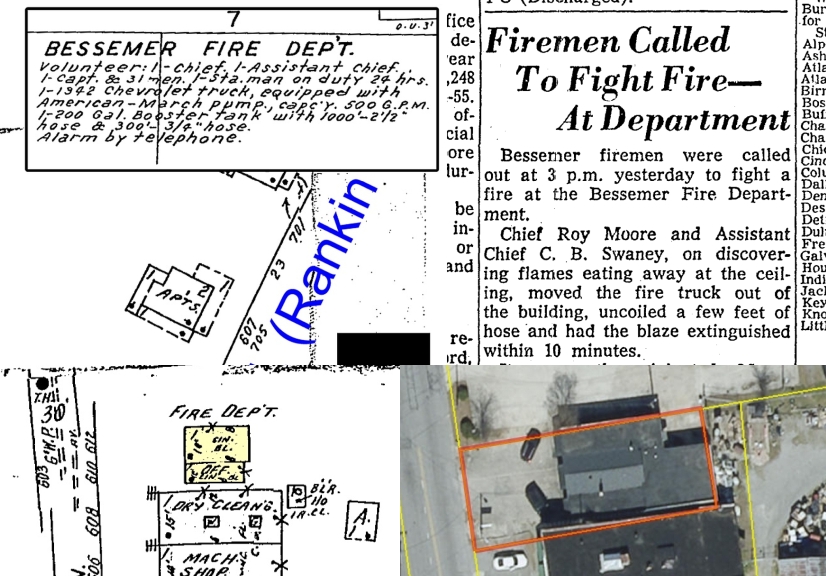