Three alarms were struck in north Raleigh on Monday, May 11, 2022, at 3900 Water Oak Drive. Three-story, wood-frame apartment building with 12,760 square-feet and 16 units, if reading tax records correctly. Dispatched 8:49 p.m. with Engine 19 first-arriving, with heavy fire in the front of the structure. Second alarm requested within a couple minutes.

Transitional attack, with crews going inside after knocking down the exterior flames. Two occupants rescued. As heavy fire conditions extended to and through the roof, crews were evacuated while aerial operations were set-up. Ladder 4 (on reserve) deployed to rear of structure, with master stream to the roof. Ladder 15 later deployed from west side of building, for roof access. 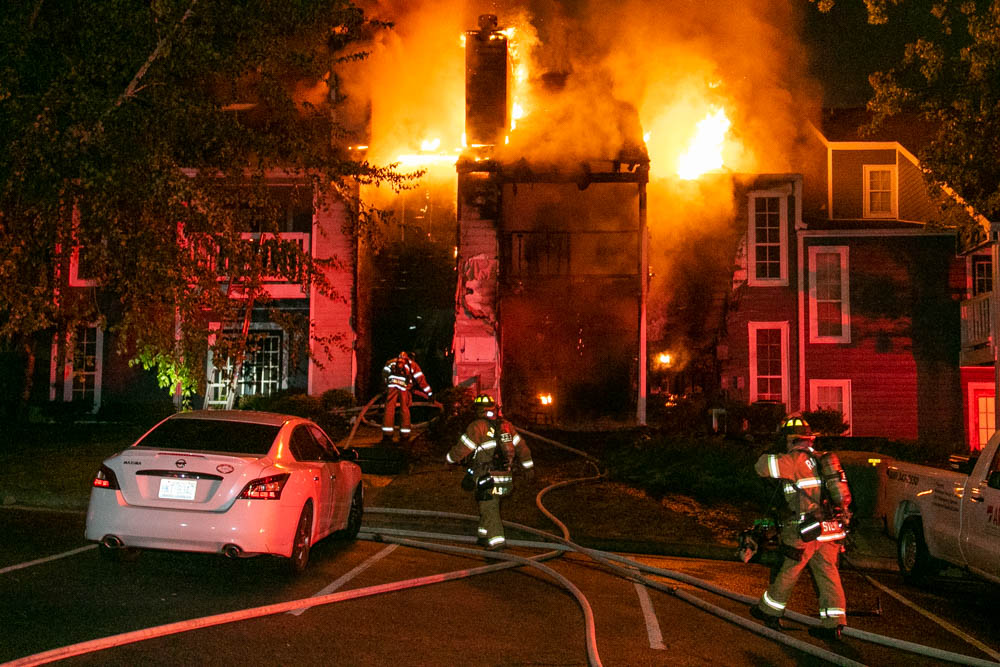 Two hydrants were caught on New Hope Road, one just east of Water Oak, and another closer to Louisburg Road. One engine each boosting pressure, plus a third engine supplying Ladder 4, if memory serves correctly. Third hydrant was caught on Water Oak, north of the fire building, but wasn’t charged.

Units staged on both Water Oak and New Hope road, the latter of which was closed between Capital Boulevard and Louisburg Road. 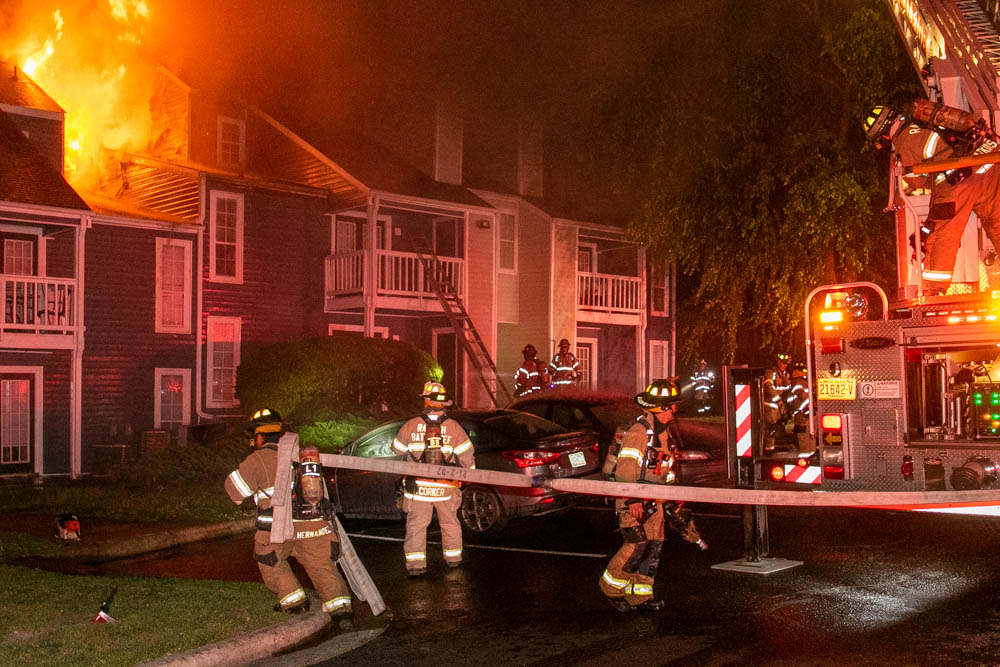 ^ Transcribed from radio dispatches. Excluding EMS T1 and EVAC1, which did not respond. Corrections welcome!