June 30, 2021
Updated posting, with new information including the builder of the 1890s hand engine, and the fact that the 1987 E-One platform did -not- serve WFD, but, instead, was placed in service with Warrenton Rural FD, and delivered after WFD merged with WRFD in 2004.

August 27, 2020
This week the Town of Warrenton (NC) announced on Facebook that the Plummer Hook & Ladder Museum (not yet open to the public) had a new addition, their second piece of antique apparatus: the town’s old 1982 American LaFrance Century pumper, 1250/1000/25F . The engine originally served Austin, TX, and was equipped with a 500-gallon tank. Purchased by the town in the late 1990s/early 2000s.

It was [the lone town truck] in operation when the municipal (and all-black) WFD ceased operation in 2004. [By that time, the town had also purchased a] 1987 E-One Hurricane rear-mount platform, 1250/200/95-foot, that formerly served Orange County FL, [which had yet to be delivered. It was purchased through Brindlee Mountain Fire Apparatus, through the 2003 Assistance to Firefighters Grant Program.]

[The 1982 American LaFrance] was disposed to Warrenton Rural FD, which currently protects the town. It later received a 1000-gallon tank. 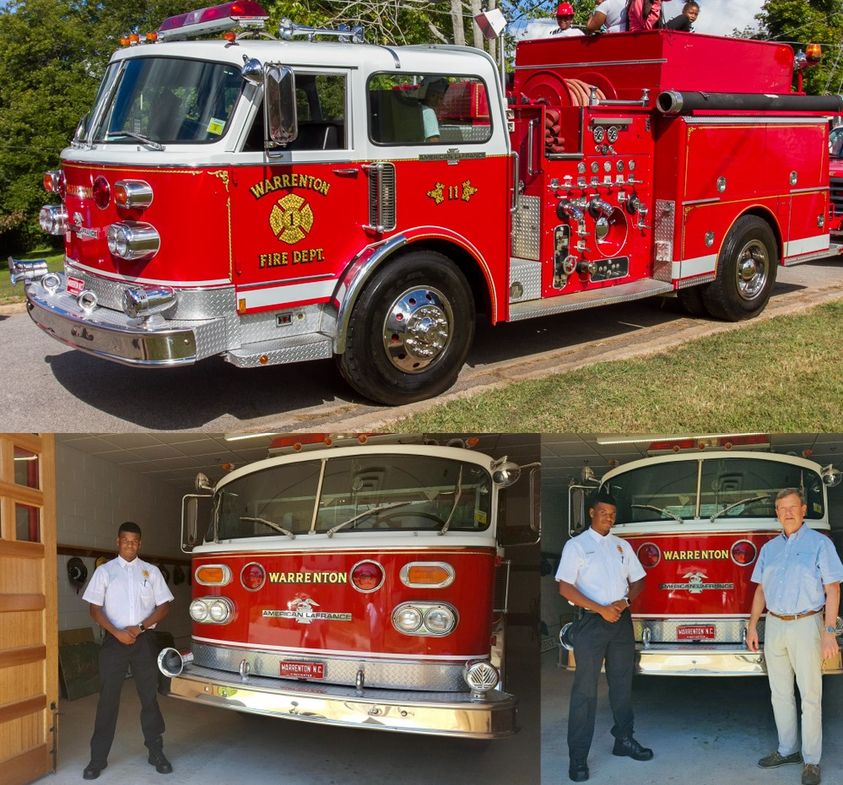 How many pieces of apparatus did Warrenton’s municipal FD operate, since the creation of the Plummer Hook & Ladder Company in 1869? Here’s a starter list:

Not Operated by WFD