November 25
Development is comin’ to the Capital Boulevard corridor inside the Beltline. Or, perhaps, more development. The Gateway Plaza shopping center, built in 1968, is planned for Big Things.

Here are a couple news stories on same, from the Triangle Business Journal (2016) and News & Observer[1] (2018). And, as of this month, demolition of the parking lot is underway.

But did you know that the shopping center once burned, in one of the Raleigh’s few strip mall fires? 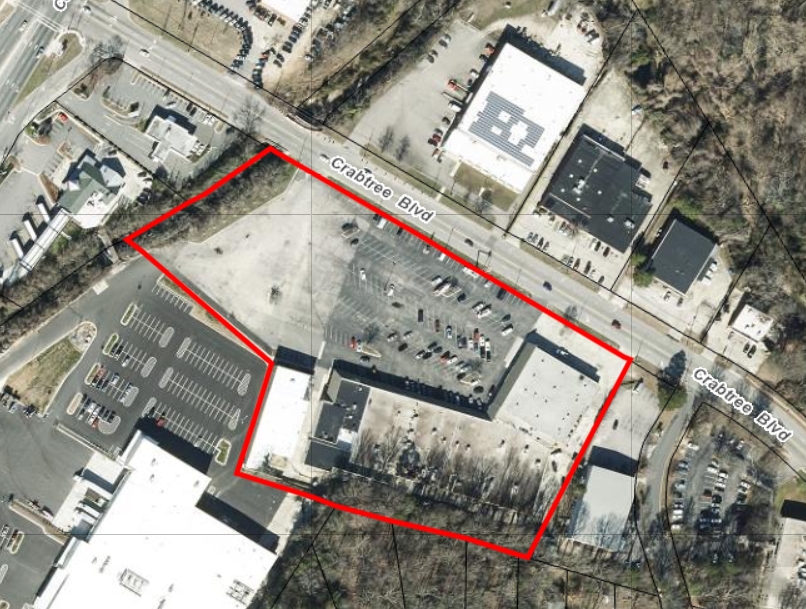 Fire Through The Roof

Presuming that a second alarm was called. From news photos, a second aerial company was there, the 1977 Mack/Baker Aerialscope. (Mike’s notes say Truck 8 was operating same by December 1987. Seems more likely it was running as Truck 1. Or, perhaps, a third ladder was special-called to the scene. Need to consult the old log books.)

Thirty-five firefighters “worked through the night”, said District Chief Jonny Sandy. One firefighter was injured, Captain Wade Boyette, when “spots of hot tar” from melted roofing materials  fell onto his hands. Several other firefighters were also struck by falling tar, but were not injured. 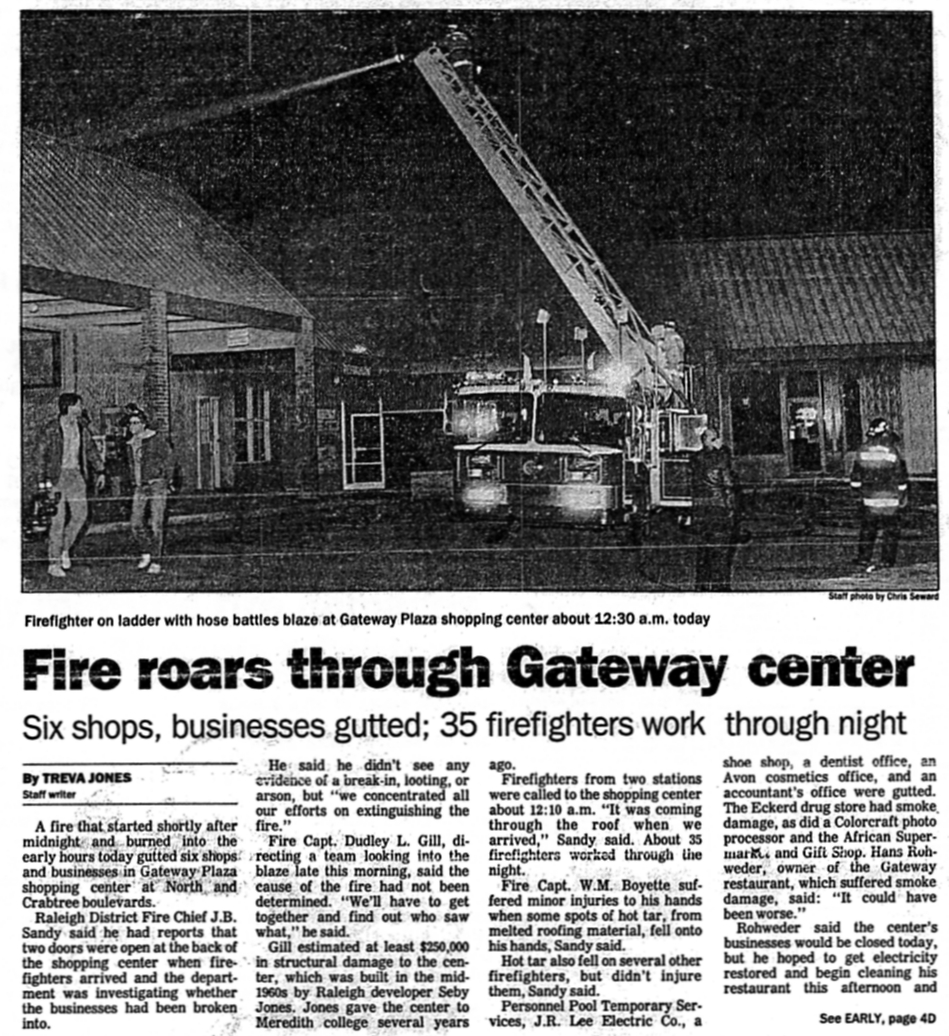 Six shops and businesses were gutted by the blaze: Personnel Pool Temporary Services, J. R. Lee Electric Company, a shoe shop, a dentist office, a cosmetics office (Avon), and an accountant’s office. Another was heavily damaged, Radio Reading Services, a broadcast service that read the newspaper to some 500 sight-impaired listeners.

Others suffered smoke damage: Eckerd’s drug store, Colorcraft photo processing, the African Supermarket and Gift Shop, and the Gateway restaurant. (Need to find a phone book from the era, and add the listings here.)

The center section of the building’s roof caved in, though the businesses located at either end of the “L”-shaped building were the ones that “escaped with smoke damage.”

Fire officials received reports that two doors were open at the back of the shopping center, when firefighters arrived. They would investigate whether the businesses had been broken into, but Chief Sandy sold reports he didn’t see any evidence of a break-in, looting, or arson. Though he noted “we concentrated all our efforts on extinguishing the fire.” 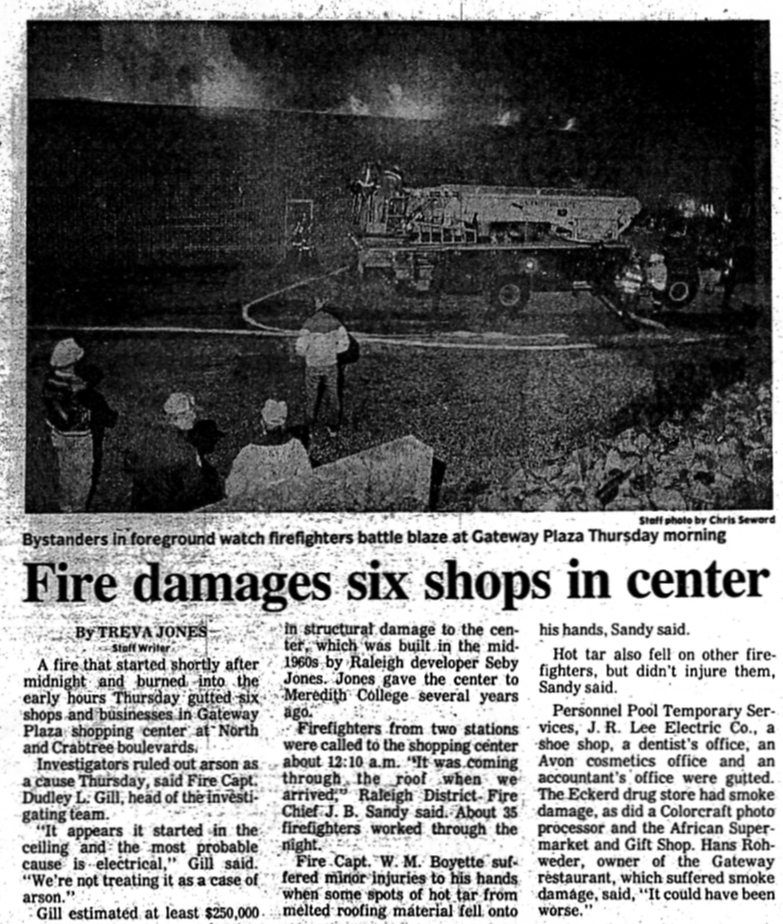 No Evidence of Arson

The investigation into the fire cause was conducted by a team led by Fire Captain Dudley L. Gill. He estimated at least $250,000 of structure damage had been suffered. The property was owned by Meredith College, which received the site as a donation several years ago by Raleigh developer Seby Jones, who built the shopping center.

The following day, the Raleigh Times reported that investigators had ruled out arson. The fire apparently started in the ceiling, and was most likely electrical in cause. The City-County Bureau of Investigator also spent the day looking into the fire, and found no evidence of any break-in before the fire.

The site has 6.77 acres and three one-story buildings totaling about 76,000 square-feet.