The Town of Cary the other week announced their proposed budget for FY17. Notable items for the fire department are:

Recall this recent Cary News story[*]  about Cary’s plans for Station 9 and Station 10, which tells more about project. Also, Engine 9 is already in service, operating from old Station 2 on Maynard Road. Read prior blog posting.

Land for Station 10 has already been purchased at 2495 O’Kelly Chapel Road, in Chatham County. From the budget document (under Capital Improvements), funding for the project is planned for FY20 ($750K) and FY21 ($7M).

The budget documents also lists locations for five (!) more future locations, however they’re all planned for funding between FY22 and FY27:

Side note: Funding for Station 11 land is already approved. Land acquisition is underway. Land for Station 12 is already owned by the town, it’s part of the Middle Creek school and park property off Optimist Farm Road.

These are far-future forecasts, so be careful. They’re five to ten years forward, which means many things can change. The planned locations may move, the priorities for building one ahead of the other may shift, etc. But it’s a good peek into station planning and how the Cary Fire Department is keeping ahead of expected service demand.

Side note: Planning documents are just that. Back in the day, Raleigh anticipated growth on Highway 401, south of Highway 70. But the city never grew in that direction. More recently, Raleigh’s next fire station was expected further east on Buffaloe Road. But needs have placed planned Station 30 as an infill station, instead, in north Raleigh.

Here’s a map that plots those locations along with current stations. What other municipal and county fire station changes will we see, over the next ten years? To be continued!

Meanwhile, let’s get our map[s] on. Click once or twice to enlarge: 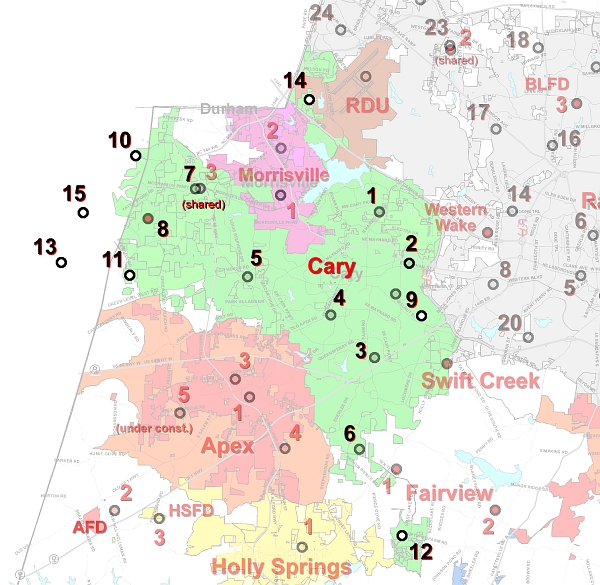 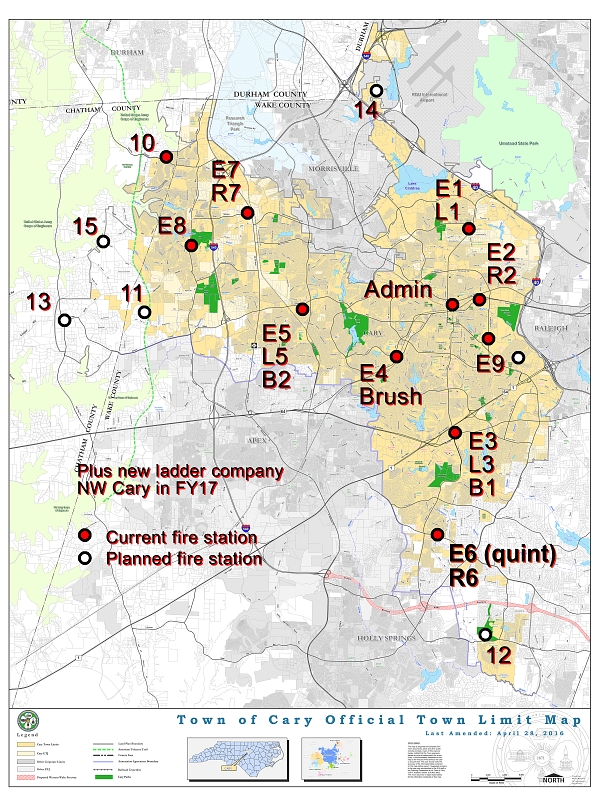