Friday night history. Then and now photo of old Durham Station 1. Top is Legeros photo from today, bottom is circa 1928. The two-story engine house at 212 N. Mangum Street opened in 1925, and included two front and one side apparatus bay. It was erected on the site of an earlier 1891 fire station, which was smaller and had a bell tower in the rear.

The engine house was occupied until the summer of 1964, when a new Station 1 was completed around the corner at 139 E. Morgan Street. The historic structure was converted for use by Durham Police, and later served as an office building before its current incarnation as a restaurant. 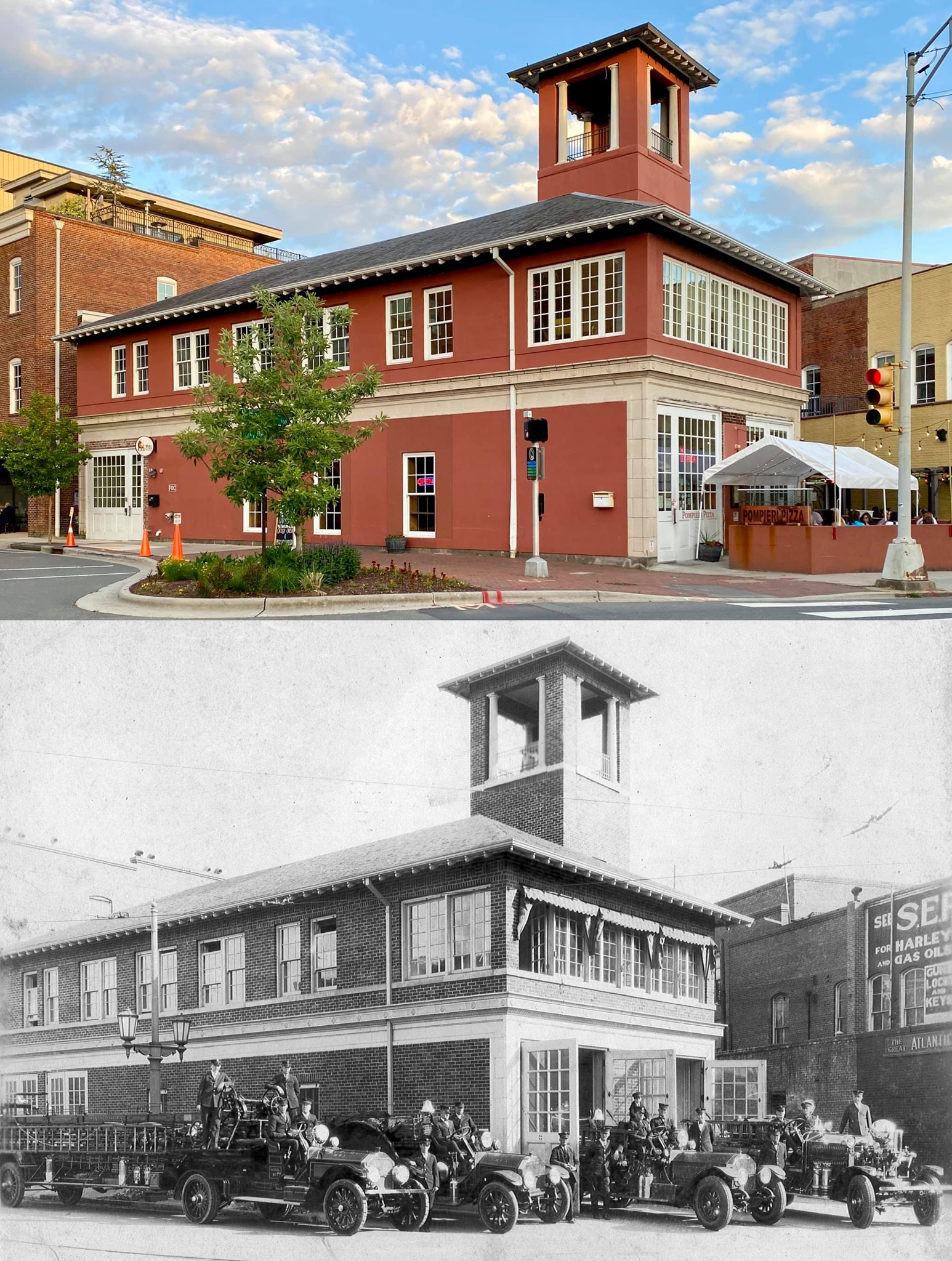