Vintage article from a publication called Carolina Rural Fireman, in April 1982. Thanks to our friend Joseph Zalkin for finding in his archives. 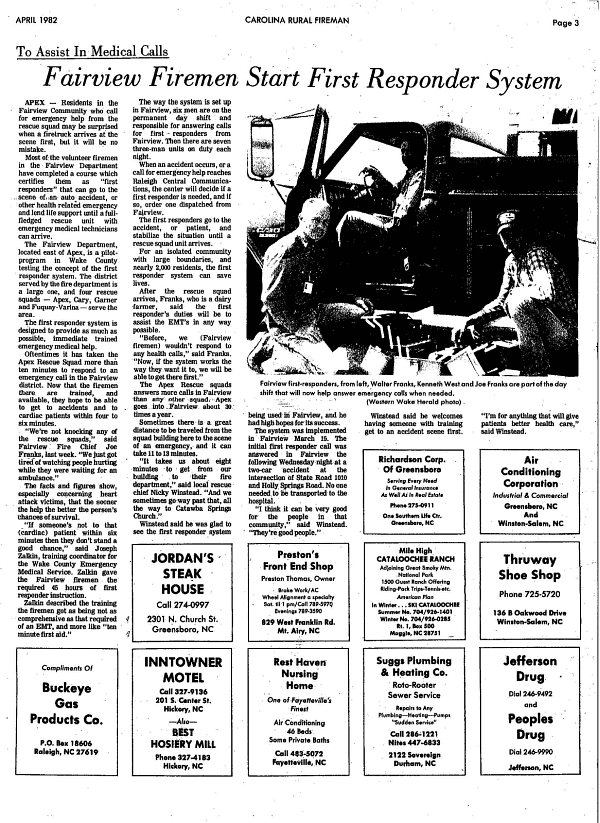