From his archives of retired Wake County EMS veteran Joseph Zalkin comes this 19-minute short film, A Will and a Way – The Story of Emergency Medical Services in North Carolina.

Produced by the North State Office of EMS with a grant from the North Carolina Association of Insurance Agents, it describes the evolution of the state’s ambulance systems, from funeral home ambulances, to volunteer rescue squads, and finally a state EMS system.

There’s ample footage of Wendell Rescue Squad, including their old ambulances and some station and scene footage. Beacon Ambulance Service has a long bit, and there are some shots of looks like Clayton Rescue Squad.

As for the street shots, most of those on St. Mary’s and Morgan streets, says Zalkin. The hospital location is old Rex Hospital, at St. Mary’s Street and Wade Avenue.

The film was converted some years ago from 16mm to S-VHS and later DVD. Recently re-discovered in Zalkin’s archives. Scroll down to watch. Scroll further down for more notes about this great footage.

And, of course, for deep reading on the subject of local ambulance and rescue history, visit legeros.com/history/ems. From there, you’ll be directed to the History of EMS in Wake County Facebook page, for photos. 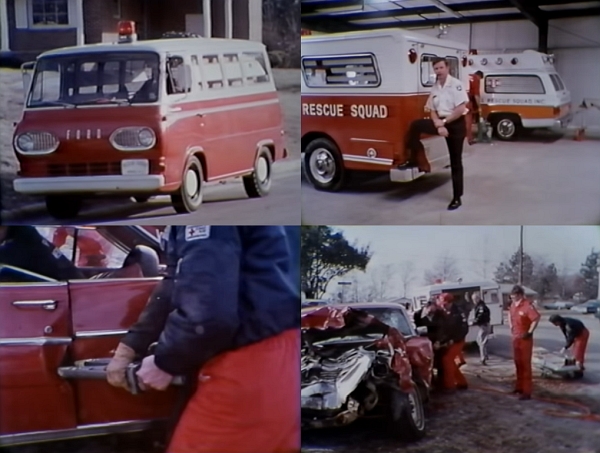 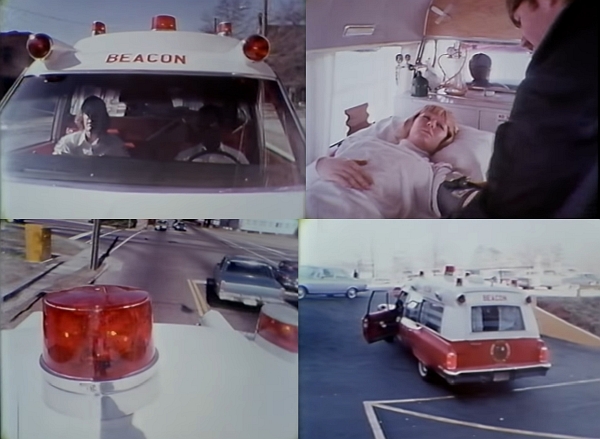 Some of the familiar faces, notes Zalkin, include:

Says Zalkin about the film’s importance, North Carolina was a state that wanted the best from “Murphy to Manteo.” Other states had pockets of excellence but no statewide system.

This is more than a film, he notes, but a documentation of an early journey.