This one’s an incomplete collection, however. Some of the group didn’t either a formal or even informal photo. See the entire collection of class photos. Photo credits include a lot of Lee Wilson pictures, a couple from Mike Legeros (Yours Truly), and a couple from our friend Jeff Harkey.

For more information on Raleigh FD academy histories, see this summary page and this research document (PDF). Click once or twice to enlarge: 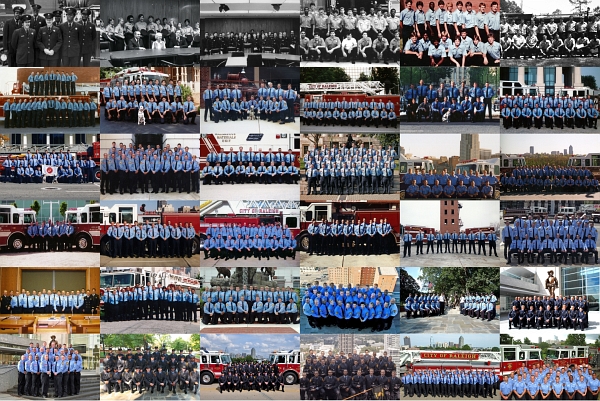 Reprinted from the Winter 2013 edition of the Raleigh Fire Department Newsletter:

When was the first recruit academy? And how did the numbering start? Let s answer the second question first. In 2006, Historian Mike Legeros conducted research on earlier fire academies. Through a combination of records and oral histories, he compiled the details and rosters of academies going back to 1978.

That was, we thought, the first year that recruits were required to become certified as EMTs, notes Legeros. So that seemed a good starting point for numbering the academies.

Asst. Chief of Training Tommie Ann Styons reviewed the research, and agreed with the numbering convention that Legeros proposed. The first group of firefighters hired on February 1, 1978, and who graduated on April 11, were retroactively named Recruit Academy 1.

Since the time of that research, I ve learned a few more things. The eight recruits hired on April 4, 1977, also had EMT training. It was a last-minute addition to their training, he adds.

How will recruit classes before 1978 be retroactively numbered? Legeros has an idea. At some time in the future, we ll resume the research. And maybe we ll work backwards, using letters. The 1977 class might be Recruit Academy A. The one before that might be Academy B. To answer the original question, when was the very first recruit academy? To be determined.