Raleigh Fire Department Recruit Academy 41 graduates on Thursday, August 18, at 7:00 p.m., in a ceremony to be held at the Duke Center for the Performing Arts. 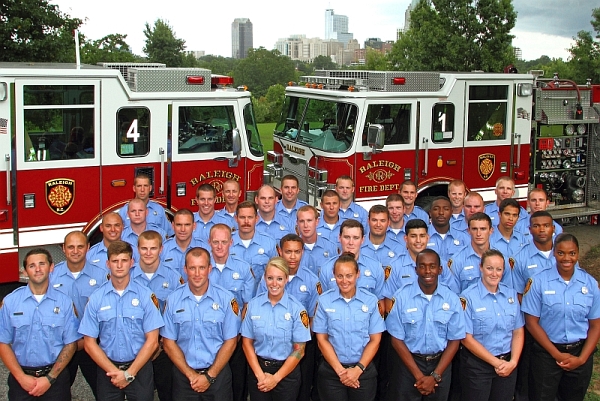 The graduating class include a number of second-generation (Dillard, Overton, Ricks, Tart, White), and third-generation Raleigh firefighters (Spain, Whittington), as well as other family relations. We’ll update our family tree (PDF) accordingly. (There’s also a Guffey in there, son of the Knightdale Fire Chief!)

Recruitment started in July 2015, with 1,059 completed applications. Of those, 977 were invited to the written aptitude test. The test was taken by 495 individuals and 388 passed. Those who passed were invited to the physical agility test, which was passed by 299 individuals. Upon completion of background investigations, ninety-one candidates were interviewed.

For more information about working as a firefighter for the Raleigh Fire Department, visit their recruitment web site.

See more photos of the recruits. Or look back at earlier academy class photos.