By way of a this thread in the Facebook group Fire & Rescue Apparatus 25 Years And Older, from Aaron Moore and originally photographed by someone at WFFFD, here are vintage rigs NASA’s Wallops Flight Facility fire department.

They’ve been added to my department profile and Antares rocket explosion recap, which originated as a blog post in April 2015. 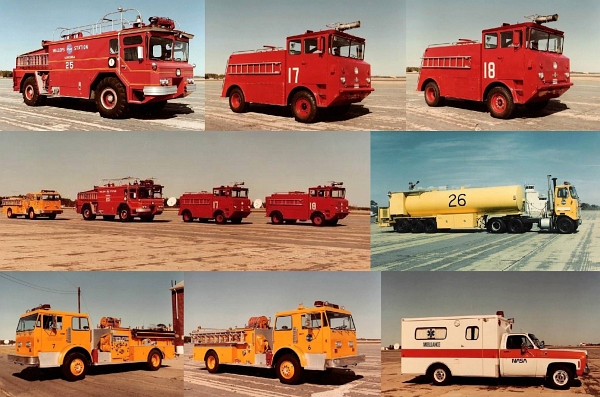