Raleigh’s the first city in the Carolinas to operate three tillers. In North Carolina, tractor-drawn aerials include:

Thinking there’s one or two others. Readers? 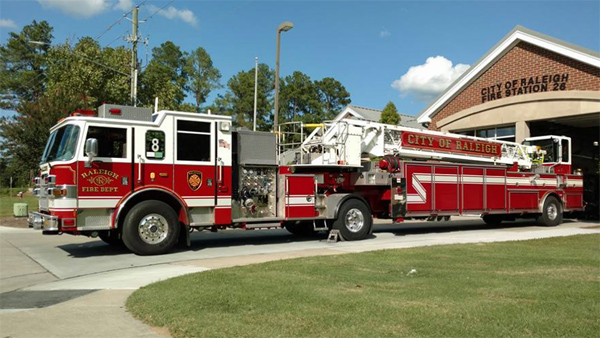