Morning After
This was solved within about twenty minutes on the Facebook side. Ex-Durham FD, former Rescue 1, later renamed Squad 1. Picture from the late 1990s or early 2000s, by Legeros: 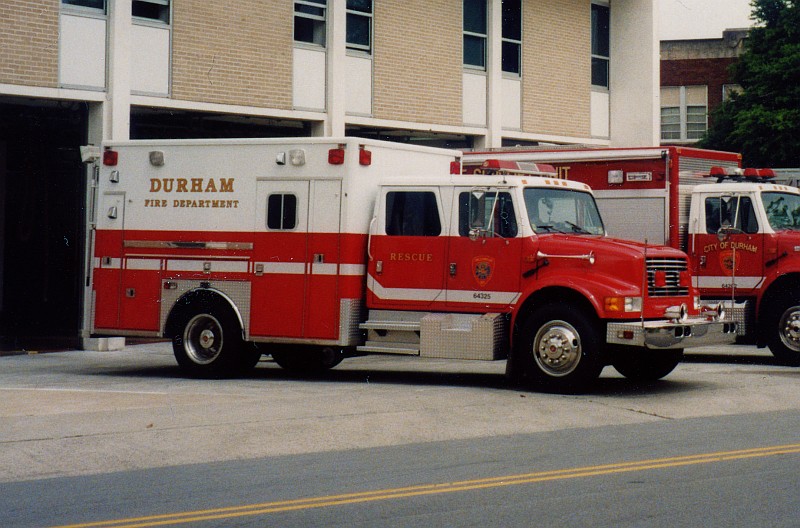 Night Before
From a reader, this former “Squad 1” was seen in Garner, near the Quarry. Looks like a 1990s International.

Someone will surely ID the thing, but will be a blog reader or Facebook follower? The race is on! 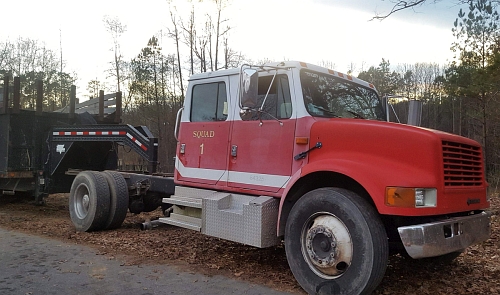