Ever heard of that entity?

They were the state’s first Urban Search and Rescue (USAR) team, organized in the late 1990s. They were conceived as regional technical rescue team that was based in Forsyth and Davidson counties.

They were incorporated as a non-profit organization in 2000, and renamed from “Strike Force” to “Task Force” in May 2000. Two years later, they shortened their name to NCTF-1.

Thanks to some readers and a recent discussion on social media, here’s a history of the organization, as well as one of their founding agencies, the now-defunct Forsyth Rescue Squad.

Plus a history of the North Carolina USAR program, and even some information on rescue squads no longer operating in Forsyth County. 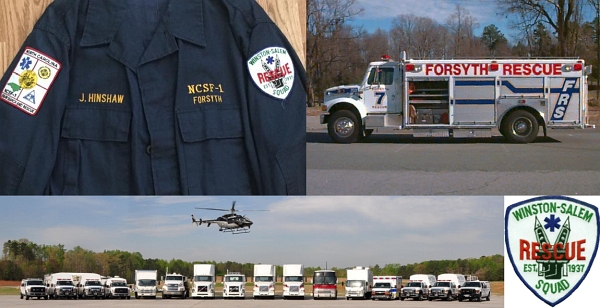