Recording this older news as a blog post, for the historical record. Late last year, the town of Apex received a new ladder truck, a 2019 Spartan/Smeal, 2000/400/105-foot. It was delivered in September/October. Exact date TBD.

New Ladder 35 was placed in service at Station 5 on January __, 2020. It was operated at Station 5 by the crew of Ladder 34 for a couple months. On April 6, and following the graduation of a new fire academy, the town’s second fully-staffed ladder company was activated, with Ladder 34 at Station 4 and Ladder 35 at Station 5.

Here’s the present ‘n’ past roster of aerial apparatus in Apex: 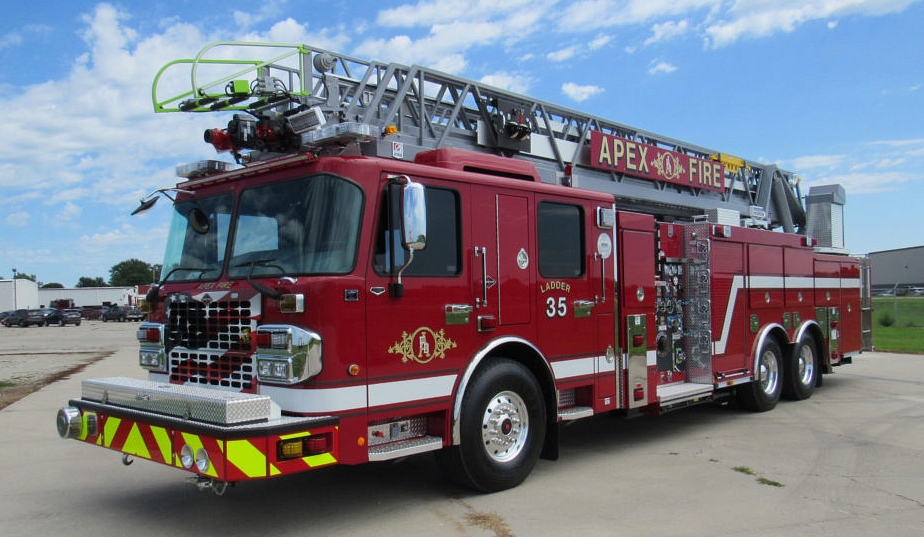