Announcing new historical research about American Eagle flights 3378 and 3379 and the emergency response to both crashes.

Flight 3378 crashed into a reservoir at Raleigh-Durham International Airport on February 19, 1988. All twelve souls aboard were killed.

Flight 3379 crashed into the woods near Davis Drive in Morrisville on December 13, 1994. Fifteen passengers and crew were killed. Five passengers survived.

A memorial to both flights was erected at Carpenter Park in Cary, and dedicated in 2016.

Visit the history site, which includes stories, images, and data about both crashes, as well as information about the memorial and its dedication. 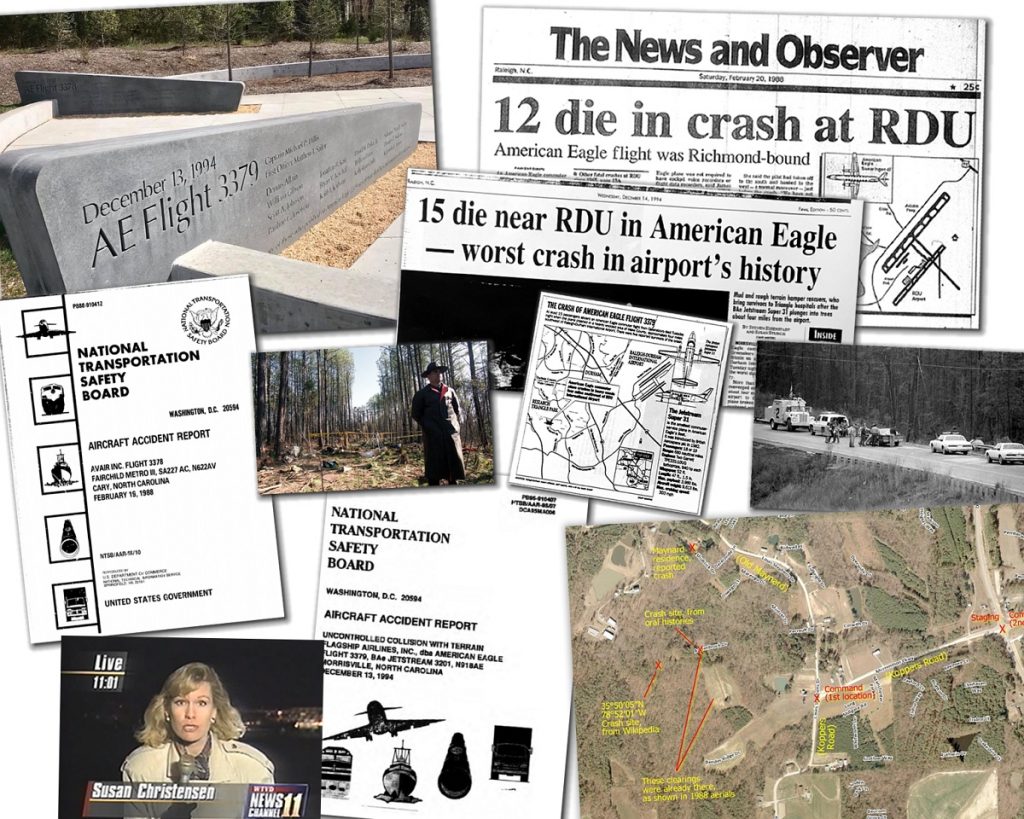