Question from reader Dave Parker, asking the age of this North Carolina Pump School booklet, that someone at his station received from a retired guy some time ago.

Answers Legeros, it likely dates from between 1953 and 1966. Those were the years that the North Carolina State Firemen’s Association conducted an annual pump school separate from their annual fire college and drill school.

The fire college was first held in 1929, and ended in 2002. Or maybe later. Legeros is still researching.

As for the pump school, these were those dates: 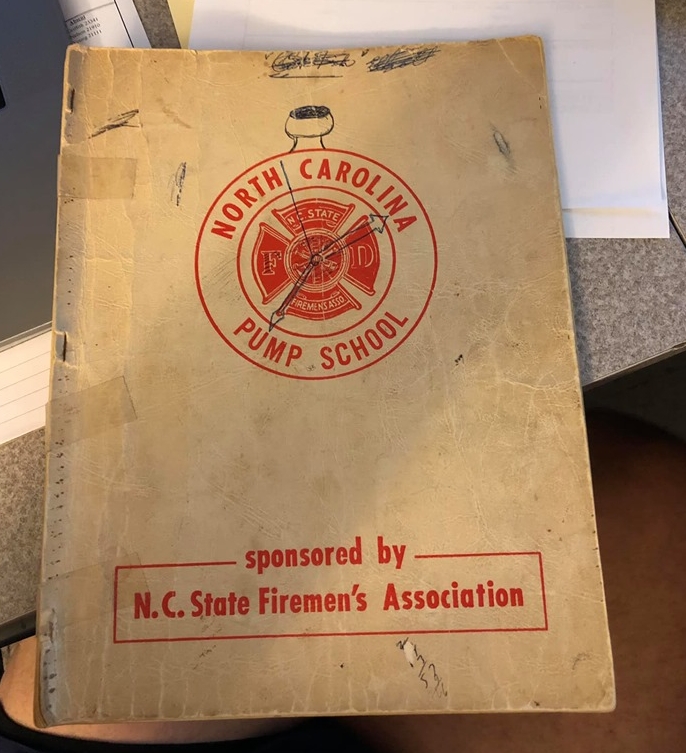