The long-awaited Pullen Road extension opened yesterday. Here’s a city news release about the $3.8M project that extends Pullen Road to Centennial Campus Parkway, by way of a new roundabout at Bilyeu Street.

But did you know that Avent Ferry Road originally ran through there, and connected with Western Boulevard just east of Pullen Road? Below is a historical perspective, showing maps from 1948 to present.

The area was known as Nazareth and was originally the site of Raleigh’s Catholic Orphanage, which operated until the early 1970s. Here’s a WRAL story about the facility.

And a fatal fire in 1905, at a dormitory for seminary students, inspired the later legend of “Cry Baby Lane,” a nearby road upon which visitors purportedly hear the screaming of children and smell smoke. Read this Legeros blog post for more.

Or see his Hidden Raleigh site.

Maps from then and now, with annotations. Click to enlarge: 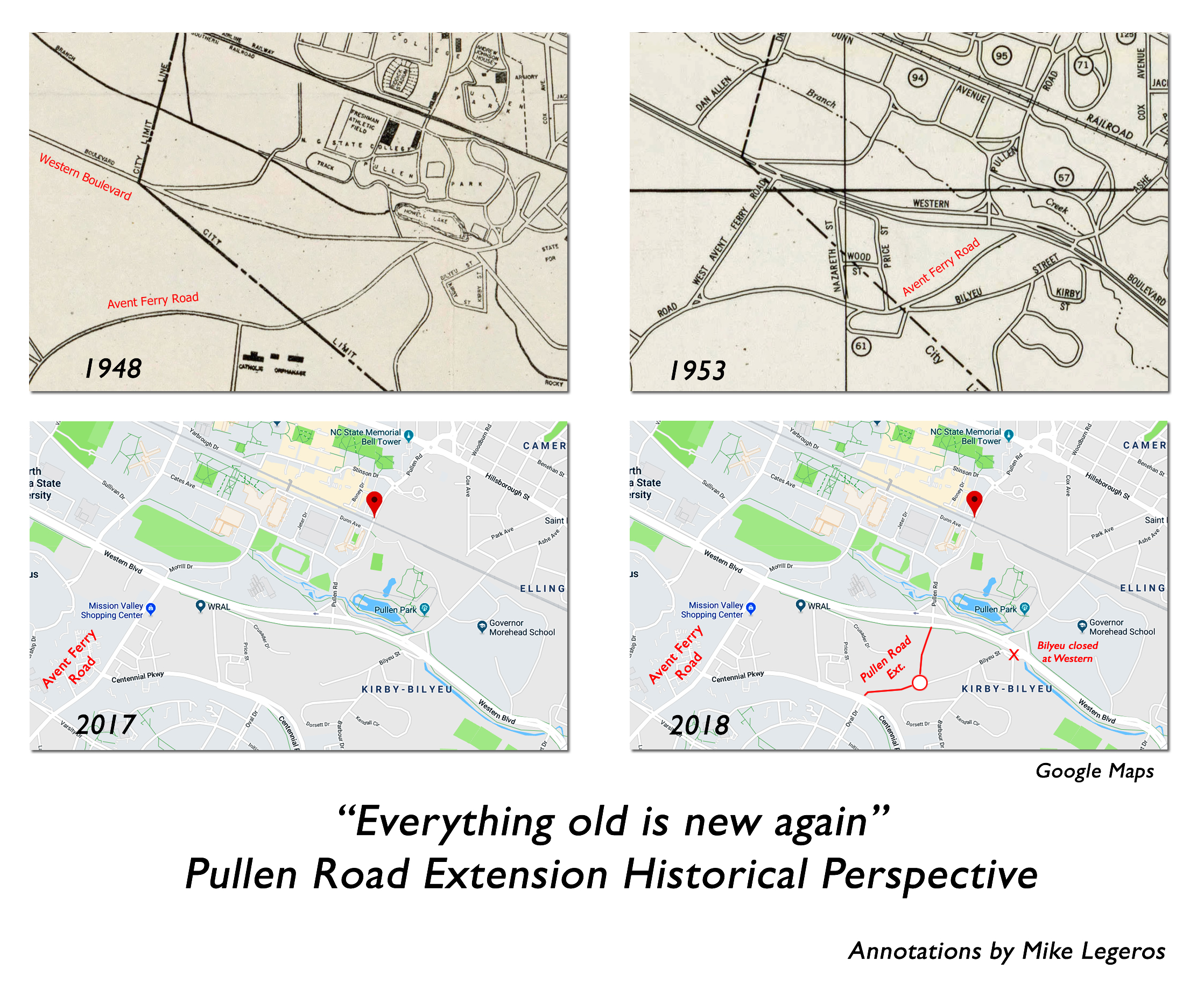