This is an ongoing blog posting about the relocating of Fire Station 22.

The relocation of Station 22 on Durant Road is underway. Engine 22 and Ladder 5 were relocated to temporary quarters on February 5, 2019, at the Falls of Neuse water plant and Station 25 respectively. Haz-Mat 4, the decon unit, was also moved to Station 25.

Demolition of the vacated fire station was done in March and April. The new station will be erected at 10050 Durant Road.

Currently in design and plan review, facility is estimated to begin construction in the spring of 2020. The design team has to submit documents to the Board of Adjustment in August 2019 for final determination on multiple requested variances.

Here are revised design drawings of the new station by Davis Kane Architects. Click to enlarge: 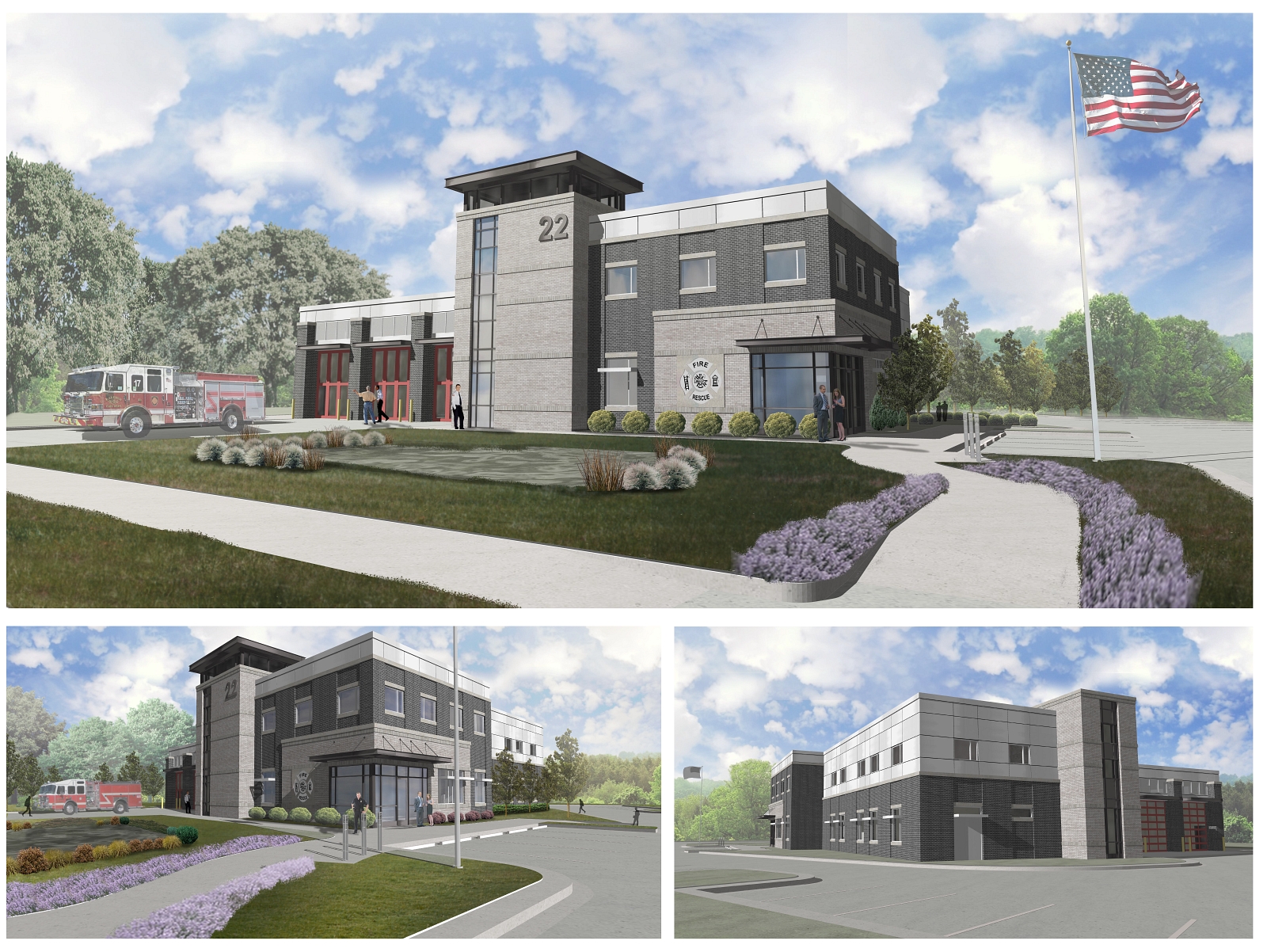 In other news, the demolition has been completed of old Station 22. See those photos.

Demolition of the vacated Station 22 started on March 22, with some “bites” out of the back of the building. 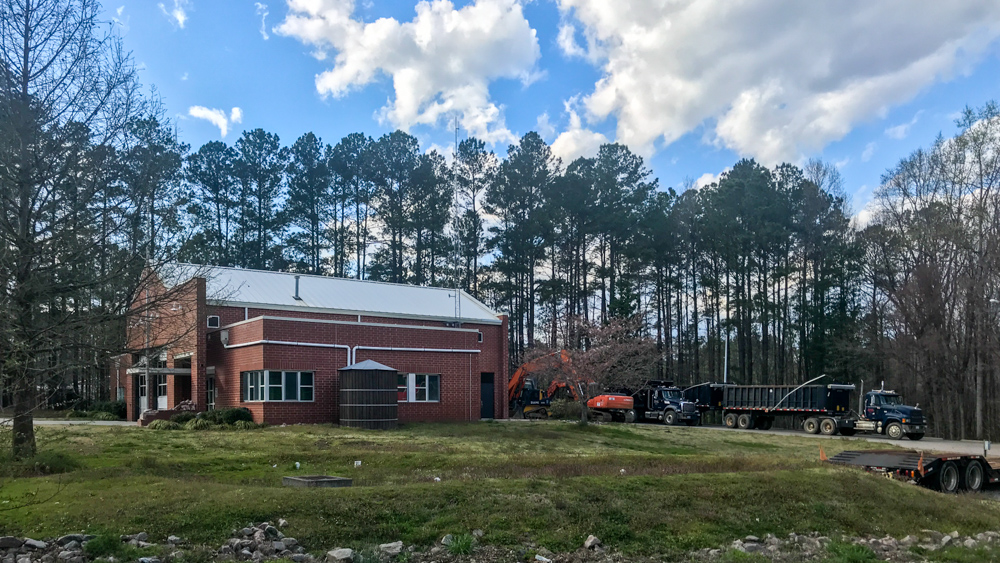 Engine 22 relocated on February 5, 2019, to temporary quarters at the water plant on Falls of Neuse Road. Ladder 5 was also relocated, to Station 25. The engine house on Durant Road has been vacated and will be demolished at a future date.

Here are design drawings of the new Station 22, planned for 10050 Durant Road. With two-story living quarters and three apparatus bays. The designer is Davis Kane Architects. Click to enlarge: 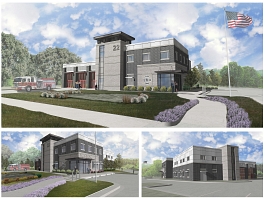 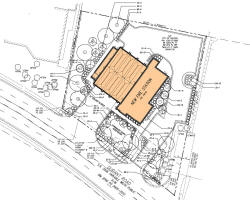 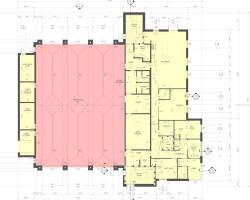 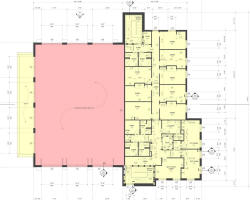 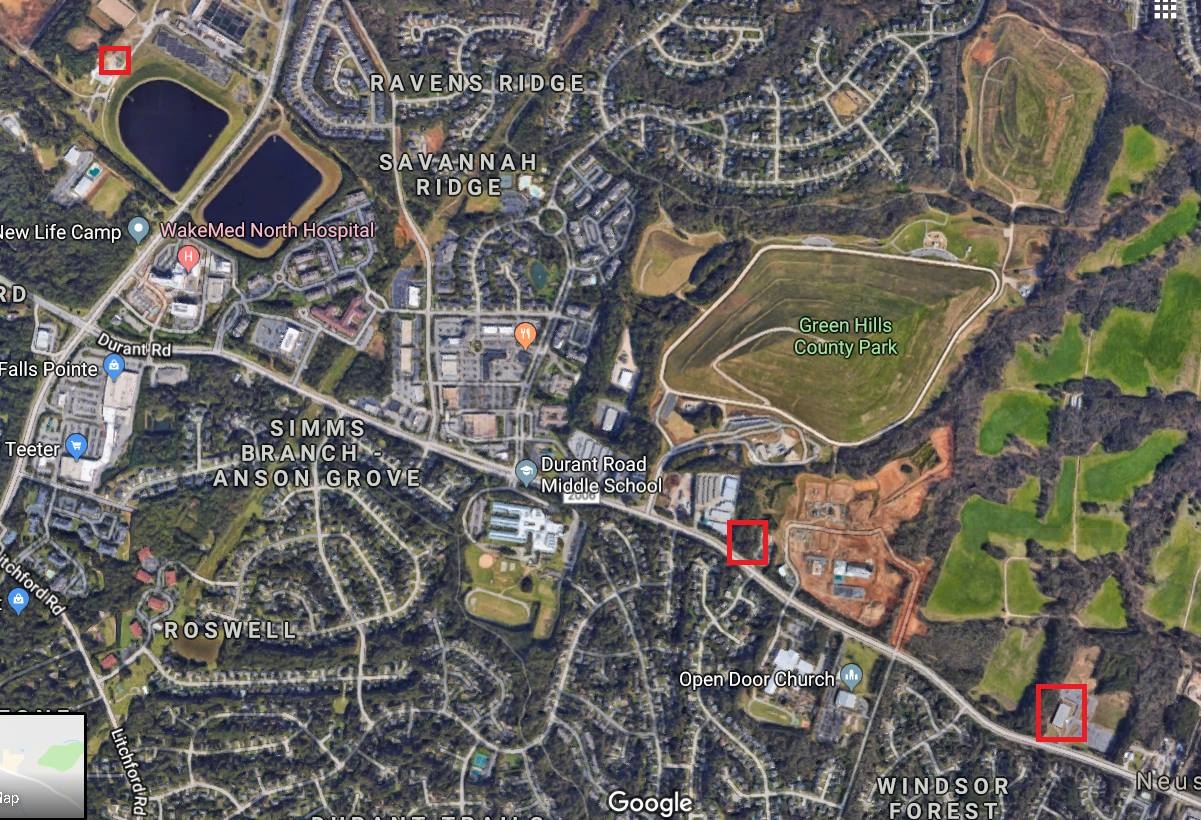 August 14, 2017
As noted in this agenda itemfor tomorrow’s City Council meeting, the city is planning to relocateFire Station 22 on Durant Road.The site is needed for projectsrelated to the proposed Southeast Corridor high-speed railinitiative.

This project’s been on the city’s radar since as early as 2010. This year, they were notified that the state sought to accelerate the schedule of the rail project. That is, now fast-tracked. 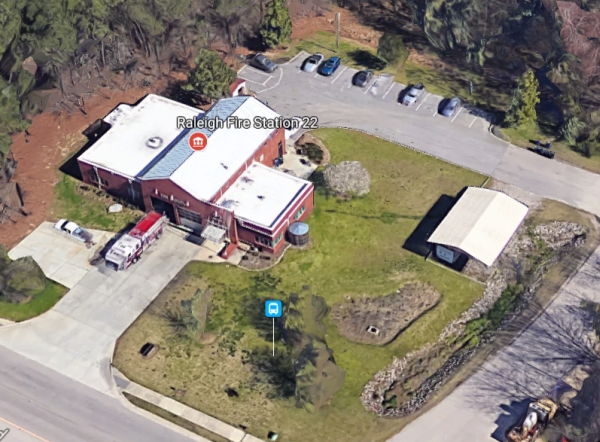 This spring, Engineering Services and the Fire Department began programming for a replacement facility. They’re planning a 14,000 square-foot fire station with two stories and three bays. It will equipped to house an engine and ladder company, haz-mat apparatus, and space for a future Battalion Chief, which may be added later.

The size and scope of the facility is consistent with the scope of other planned and pending fire department facilities, such as the new Station 12 and Station 14 buildings. (Those two have been designed to also house a Division Chief.)

City officials have selected a replacement site at 10050 Durant Road, which is part of a larger city-owned parcel that includes Abbotts Creek Park. They’re proposing using a 1.3 acre parcel on the southeast corner of the property. Click enlarge:

Fire Station 22 is located at 9350 Durant Road. The 1.95 acre parcel was donated by Mallinckrodt Corporation. The construction permitted was issued on December 3, 1997. 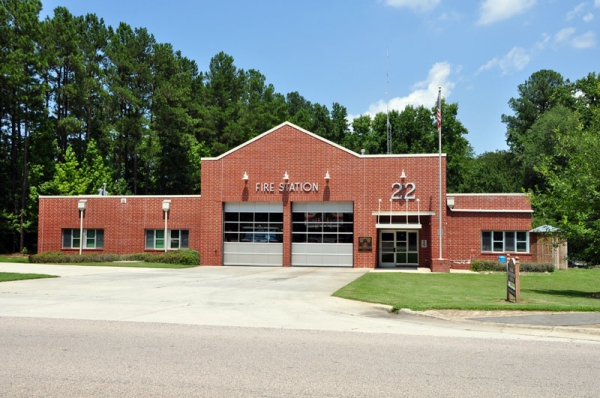