Two alarms were struck on Sunday, March 24, at 5109 Primland Lane, a couple streets off Rogers Lane on the far east side of Raleigh.

Engine 12 was dispatched about 5:40 p.m. to an outside fire, and found a grass fire that had spread to the rear of a two-story, single-family dwelling. Heavy fire had extended into the attic, while wind was also pushing both the grass fire and structure fire toward exposures on three sides of the fire building.

A second alarm was requested by the Engine 12 officer, due to the rapidly spreading fire. It was dispatched about 5:54 p.m. They were directed to Heather Ridge Lane, a street behind the fire, and where a second structure was reported on fire. No second structure fire was found.

Three additional engines were also dispatched about 5:58 p.m. They remained in staged, and were soon returned to service.

Crews on Engine 12 hand-laid to a hydrant on Primland, and began an exterior attack on both the grass fire and the structure fire. Second-arriving Engine 21 took another line into the rear of the structure, for fire attack and search, along with Ladder 8.

Interior crews were advancing a line into the structure, but were evacuated after their hose burst and due to heavy fire conditions in the attic. All personnel with ordered out of the structure, and operations changed to defensive mode.

Ladder 8 (on Primland) and Ladder 4 (on Thistlegate Trail) deployed aerial streams, and a pair of ground monitors were used, along with the hand hose lines. Engine 2, dispatched on the second alarm, see below, supplied Ladder 4, which is not equipped with a pump. Engine 2 used a hydrant at the corner of Thistlegate and Primland.

Crews from the companies on Heather Ridge Lane connected to a third hydrant, and assisted with fire attack from a hill behind and above Primland Lane.

Once aerial operations were started, the fire was quickly contained. It was marked under control at 6:19 p.m. Most of the additional fire companies were quickly returned to service.

The cause of the fire was determined as accidental. No injuries were reported. 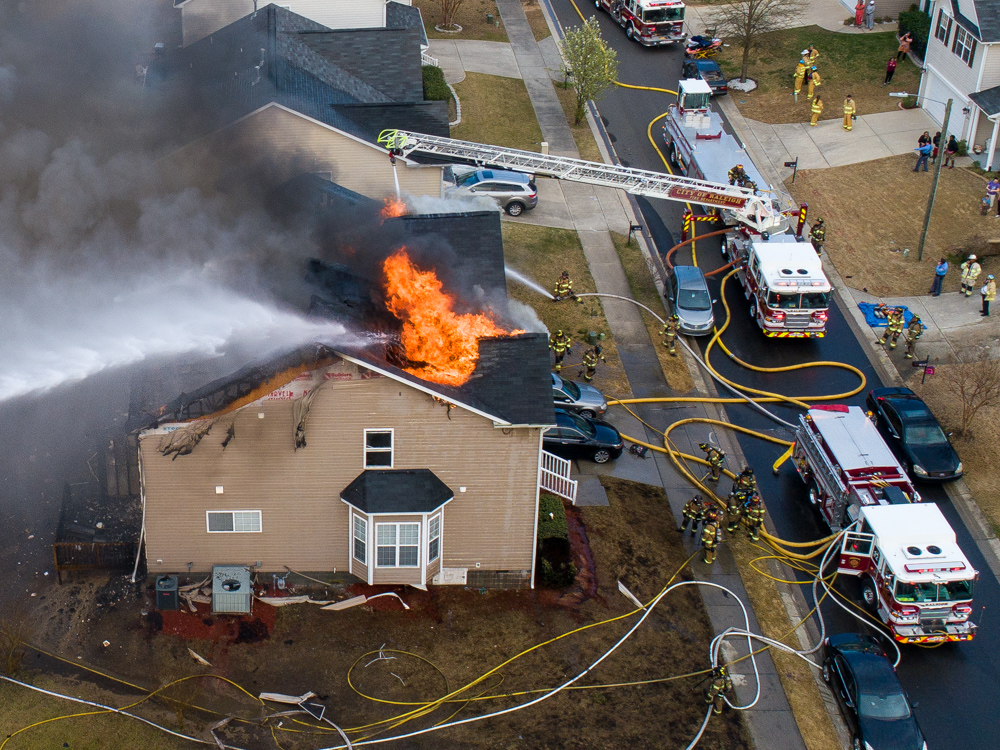 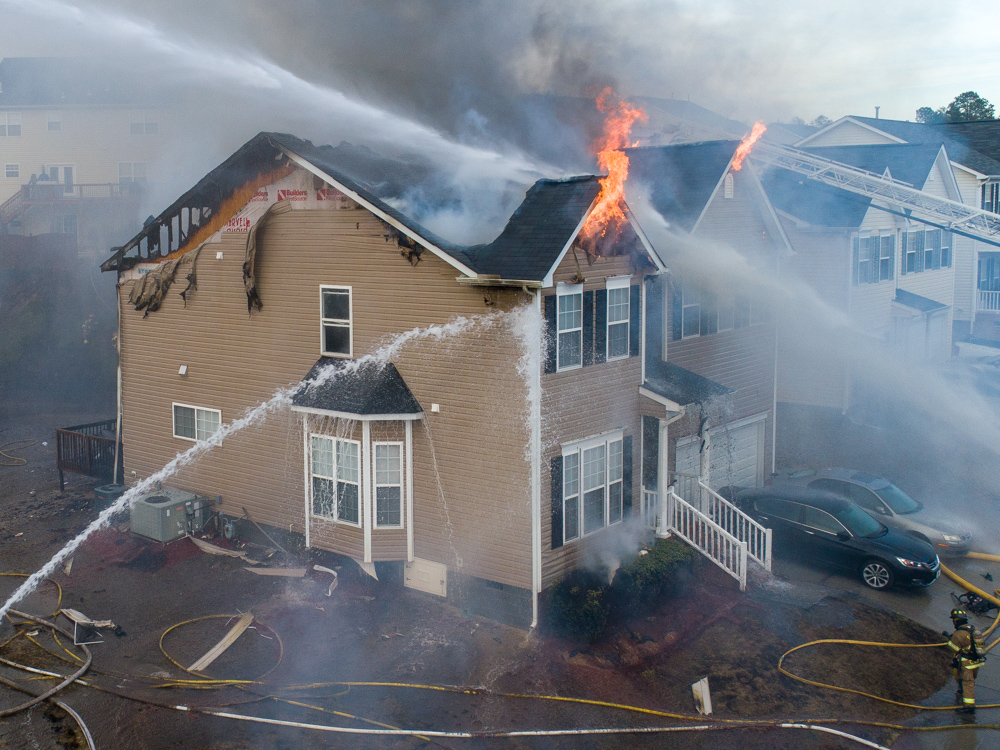 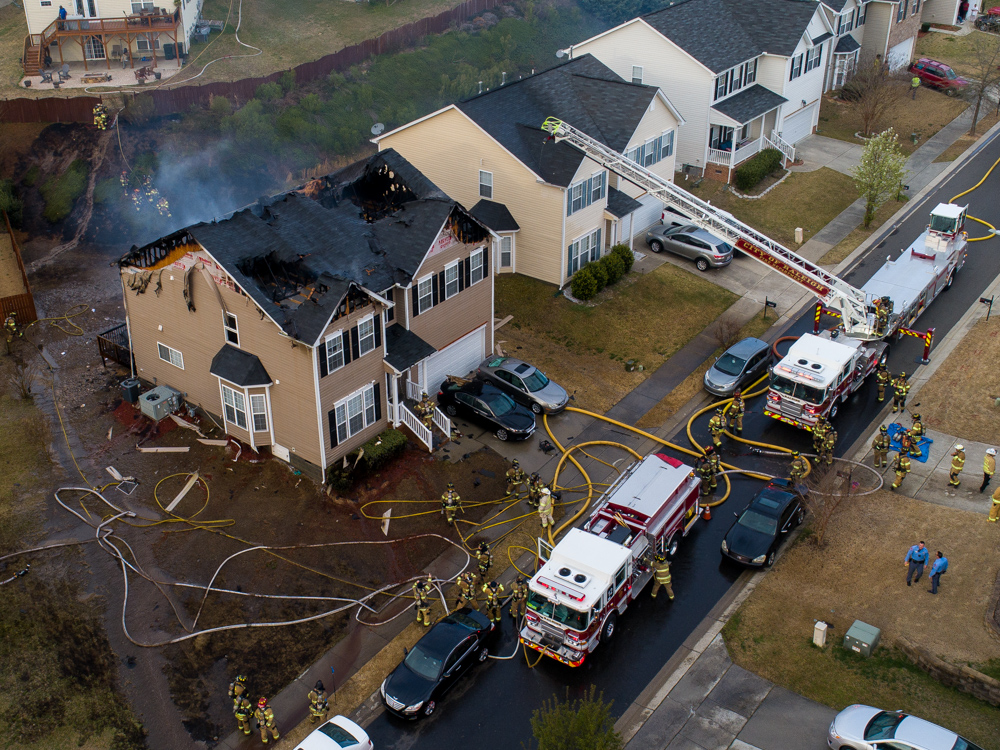