Engine 18 first-arriving with heavy smoke and flames showing from the front of the building, from the first floor of a two-story, garden-style apartment building with 12 units and 12,154 square-feet. Arrival conditions also included two residents requiring rescue from a balcony.

Arriving companies began evacuating residents, rescuing residents, and searching for trapped occupants. They also worked to find the seat of the fire, which took longer due to interior smoke conditions and its extension to the crawlspace being the building.

Structural conditions also subsequently deteriorated in the first-floor fire unit, with a sagging floor that necessitated keeping crews out of that section of the building.

Command requested a second alarm for manpower, which was dispatched at 7:45 a.m. Staging for second-alarm companies was Stonehenge Drive. Incident command was located in front and to the left side of the structure, with Battalion 4 and then Car 20 as command.

The fire was controlled at 8:57 a.m. Three or four residents were transported with smoke inhalation. From news reports, they were expected to be okay. There were no injuries to firefighters.

Wake County EMS and Eastern Wake EMS units provided patient care, along with medical monitoring and rehab of personnel. Staging for the numerous EMS resources included both Stonehenge Drive and a parking lot across the street from the fire scene.

Due to the number of evacuated residents, the EMS response was upgraded to an EMS second alarm. Total dispatched resources were nine transport units, three Medic units, two District Chiefs, the Shift Supervisor, and the major operations support unit, Truck 1.

As the incident occurred at the time of fire department shift change, some incoming on-duty personnel were brought to the scene to swap with outgoing off-duty members, after the fire was brought under control. 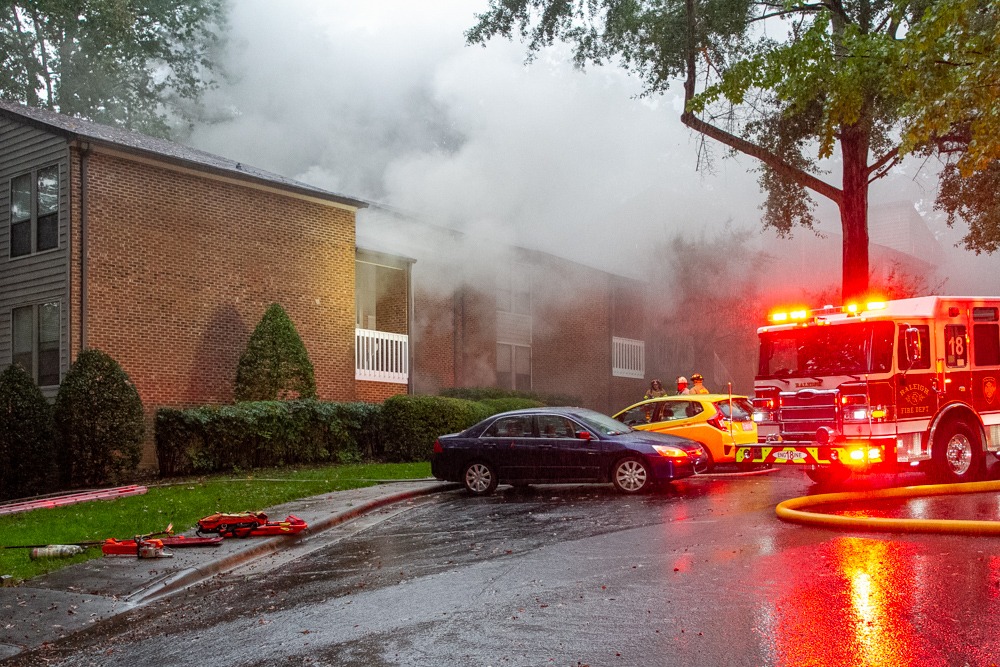 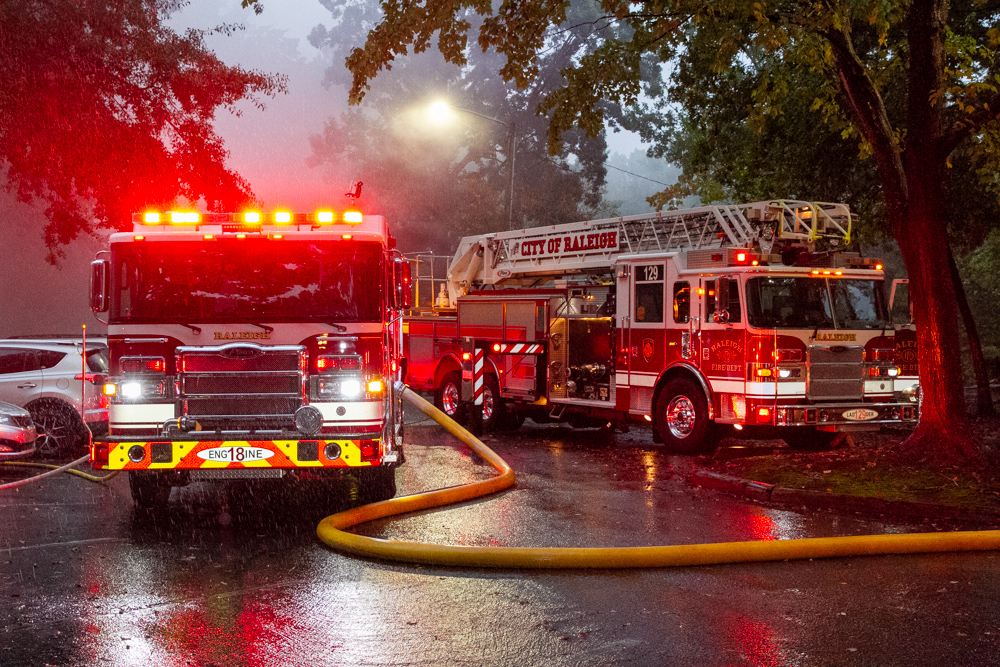 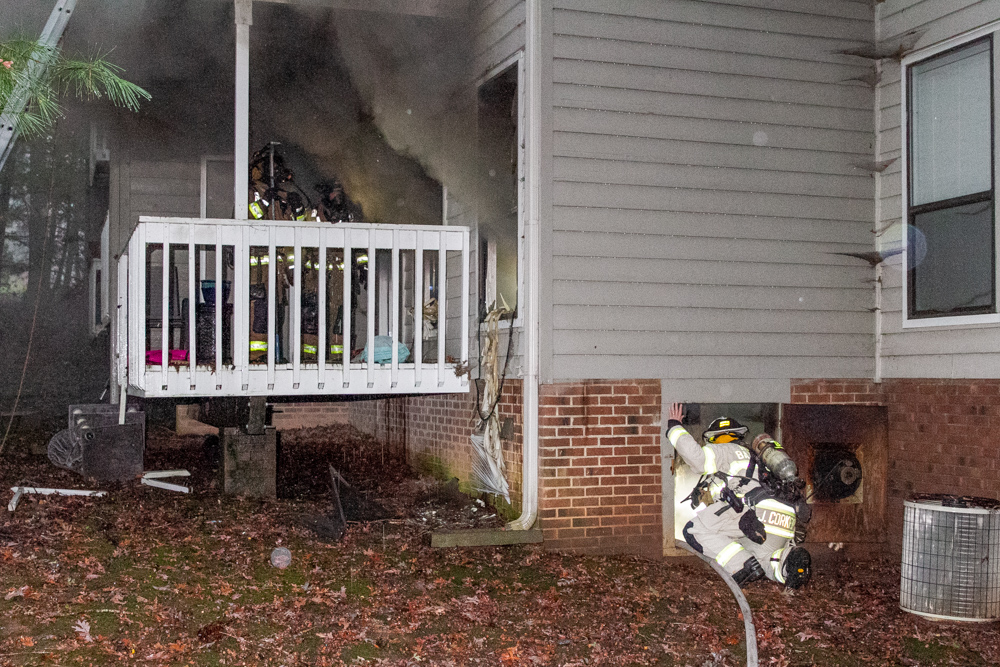 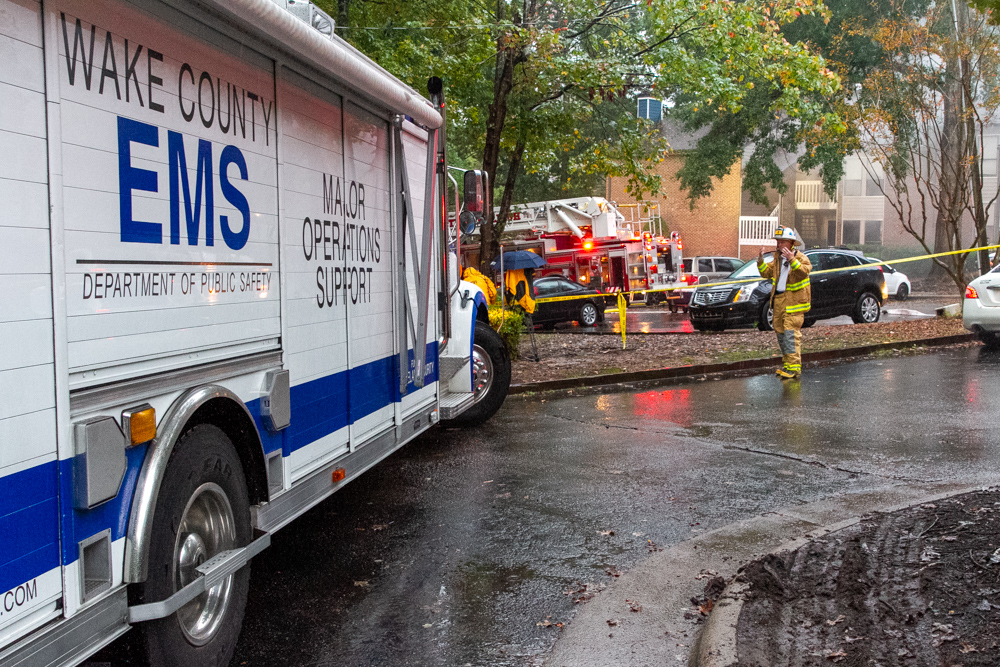 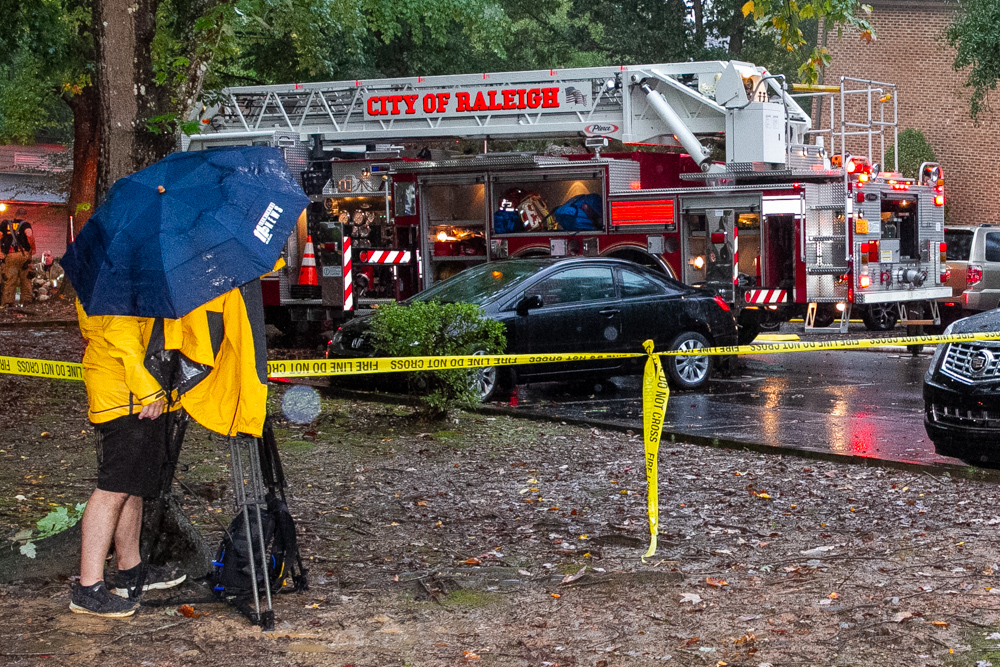 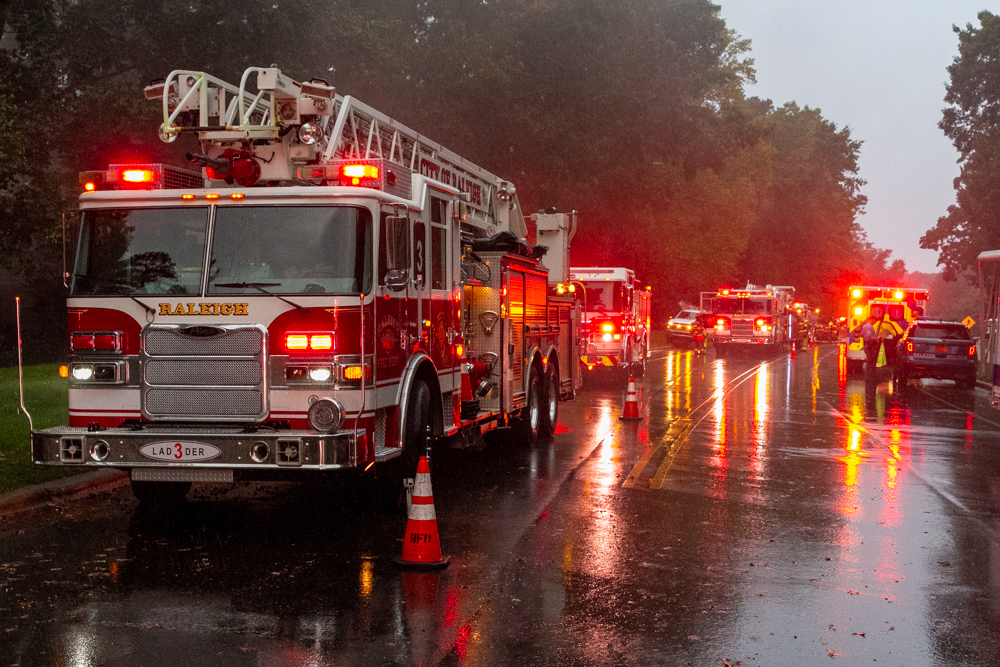