Found in my files last week, while updating my Fuquay-Varina Fire Department history timeline. This advertisement appeared in one or more local newspapers. Undated, but probably published around the time of the rural fire department’s formation in 1954.

See also this gallery of historical photos of FVFD, posted on the Raleigh Fire Museum web site. Click to enlarge: 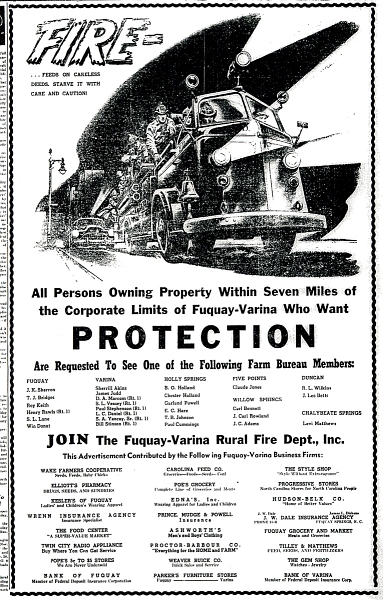