Had a capacity of 1,200 gallons with a gas-powered pump in the rear, at least at the time of delivery. Housed at Station 1, and operated in conjunction with the “county engine.” Was disposed to Bahama FD around/after April 1, 1985.

And wasn’t the only tanker on the Durham FD roster. They soon acquired a 1986 GMC/EEI 250/1250. See this later posting about that truck.

Or see this posting on Facebook about the other Durham County trucks. 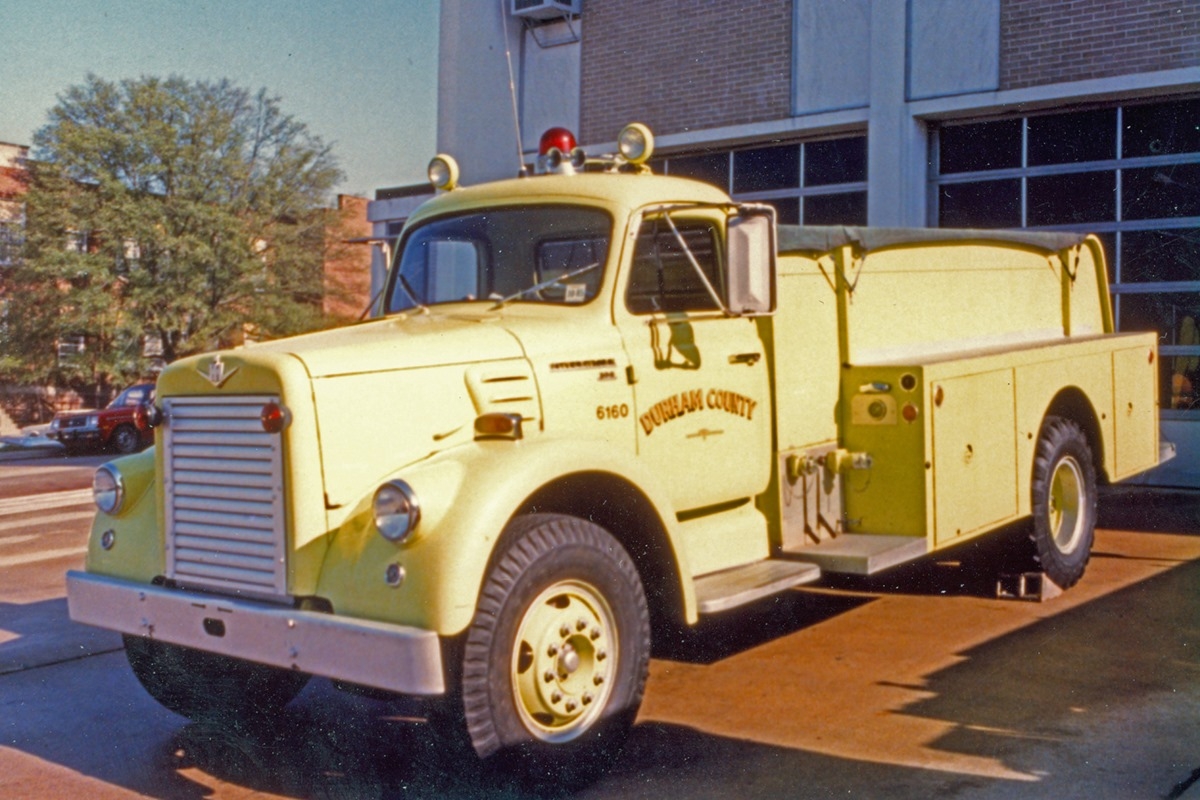